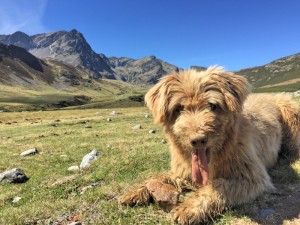 Our adopted SOTA pet which we named Teddy. He likes rocks and Jamon

We spent a week in Northern Spain up in the Picos de Europa mountains, of course it would be sacrilege to not activate one or two of these magnificent peaks that rise up to over 2500m! The place is literally littered with SOTA summits and most of which are unactivated, but for a very good reason, the peaks are literally that, peaks and very hard to ascend without serious mountain climbing gear.

We stayed in the mountain village of Cucayo in the very south of the Picos and we had two large summits towering above the village, the first was Pena de Dobres (EA1/CT-039) and also Casanzo (EA1/CT-021). Both unactivated and worth 8 points! The problem? Pena de Dobres is a magnificent sheer rock outcrop which can’t be scaled short of parachuting in and base jumping out. Casanzo (1642m, 8 points) on the other hand showed a path going near the base of the summit but no path up, the contour lines on our map showed that an ascent might be possible from the southern slope without rock climbing gear!

We set off from Cucayo at the start of the Ruta 12 walk which would take us near the summit towards the end and we thoroughly enjoyed the 7 hour round walk through this mountain terrain (with great views onto the Central Pico mountains). Here’s the route map: 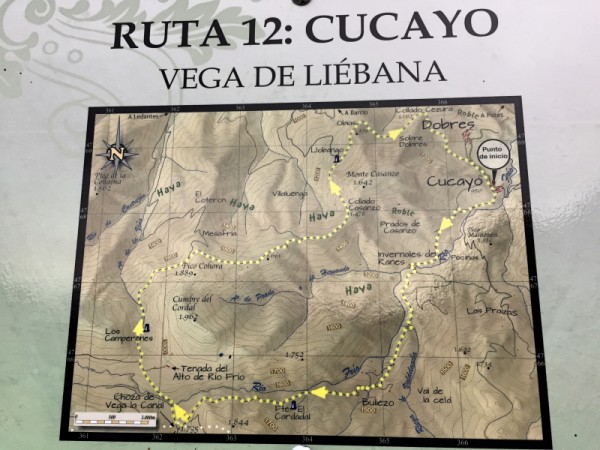 The summit is a long way into the walk and if you’re interested in just activating the summit then set off in reverse and it’ll take about an hour to get to the base of the summit. Me and the YL were out for the day and wanted a nice long walk.

After the first hour of the walk we picked up a rather friendly and strange dog which we called Teddy, because he did very much look like a Teddy Bear. This dog had a quark which meant he would only fetch rocks and ignored any thrown sticks. He was insistent on the constant throwing of rocks for him to fetch and would be on edge if he wasn’t either carrying a rock (the heavier the better) in his mouth or we were about to throw one. In all he followed us for 6 hours until we finished the walk, he even came up the summit with us! 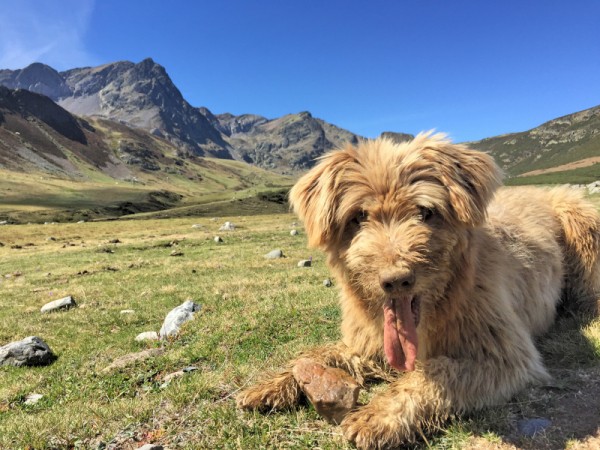 Our walk led us higher up than the summit of Casanzo and we were able to spot a possible route up the summit while at 1800m about 2km away from the summit: 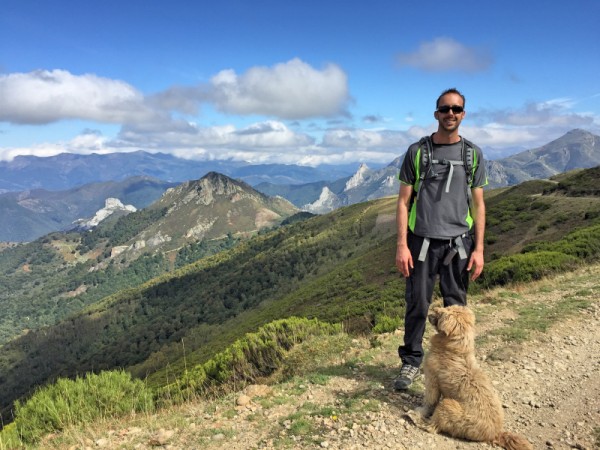 Me and Teddy with the summit to our left. We were about 200m above the summit here!

Upon getting closer we realised that the summit is only ascendable from the southern slope and even then it depends how brave you’re feeling! Now I’m not sure anyone has been up here before but we found some faint goat paths that would periodically appear and disappear. The slope is very steep in places and a zig zag ascent/descent needs to be employed. 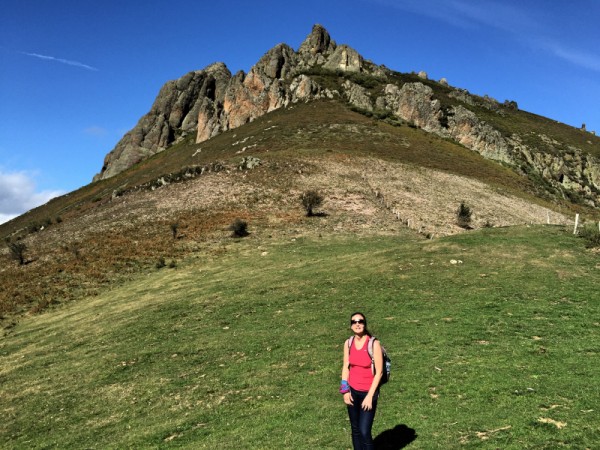 My YL at the base of Casanzo

After about 20 minutes me, my YL and our adopted dog had made it to the summit where it mercifully flattened out to a rather comfortable activation zone: 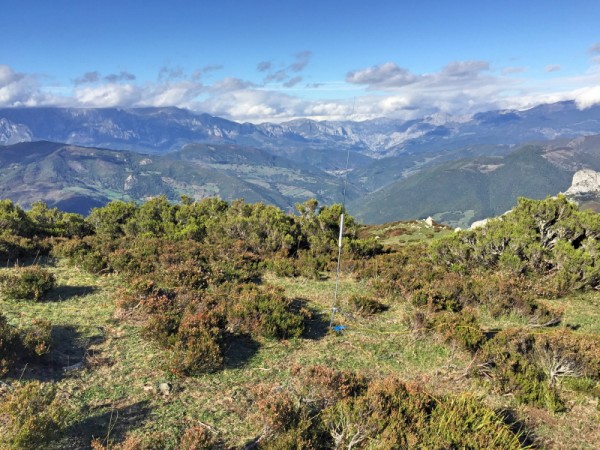 I setup the Yaesu 817 again on 20m using the SuperStick vertical antenna, hoping that HF conditions had got slightly better than my EA2 activations (Oiz (EA2/BI-009)) and I would manage the hop back to G land. I still hadn’t realised that I was only putting out 2.5w from the 817 instead of the full 5w!

After spotting myself my CQ call was met straight off the bat by Phil G4OBK. At last I’d made it back to G on my 3rd activation in EA! This sign was promising and I was pleased to give Phil (a regular SOTA chaser/activator) a new summit which had never previously been activated before. Shortly after I had Austria, Czech Republic, Spain, Poland and another 4 G chasers in the log. Here’s a video about the summit and the setup (also includes footage of the terrifying descent): 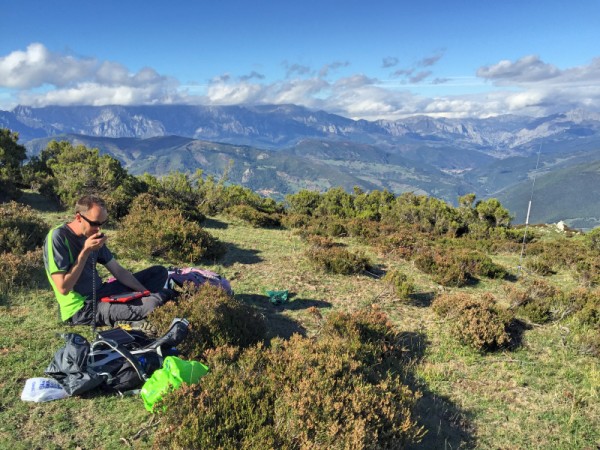 Me mid-pileup on the summit

With the afternoon sun going down and one hour of walking (all downwards) coupled with a tricky descent I decided to pack up. I wanted to stay longer but it wasn’t fair on my YL and I didn’t want to finish the walk in the dark.

The descent was harder than the ascent and my advice is don’t take your partner if they have any uncertainty of heights. We made it down gradually by employing some zig zag descent tactics and a few brave moves, but it took quite some time! 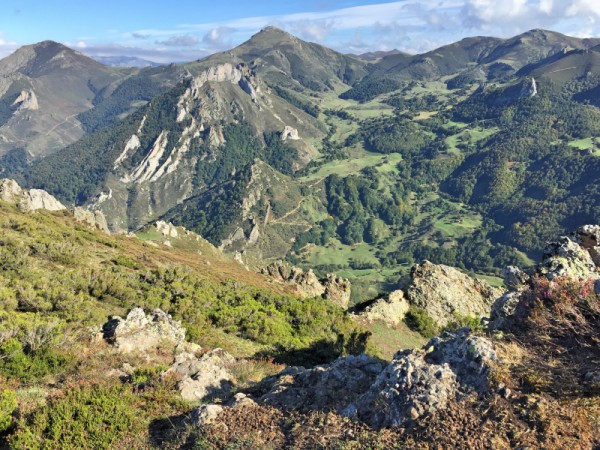 A long way back down into the valley 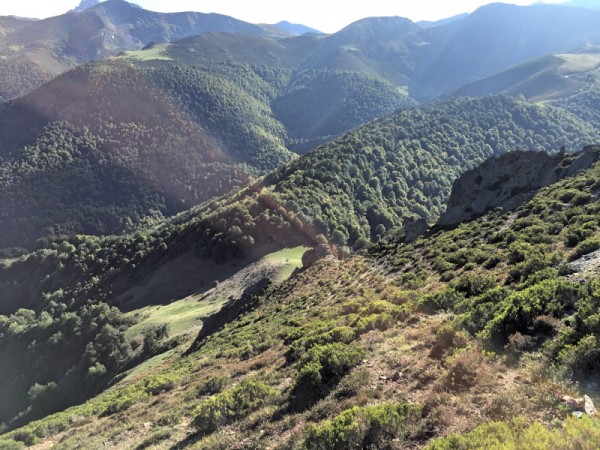 Another hour later and we had finished the walk, totalling a 7 hour round walk carrying HF kit, but happy to have activated a previously unactivated SOTA summit worth 8 points and feeling a slight sense of achievement having done what no one else has done before. 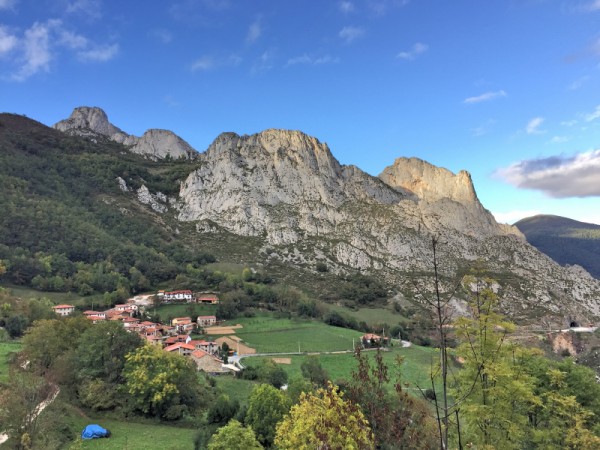 Activated Casanzo for the first time!