Becoming a Half SOTA Goat – The First 500 Activator Points 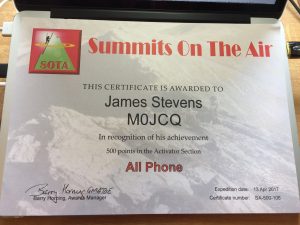 Reaching 500 activator points was my target for 2017 and I’ve peaked early! The tipping point was an unexpected trip to Snowdonia in Wales in April, where I activated 11 summits for 75 points. This took me beyond 500 points but officially marked me reaching the half way point to becoming a full mountain goat (1000 points).

I started my Summits on the Air journey on my first activation back in September 2014, I knew nothing about operating, nothing about setting up a portable station and had made about ten voice contacts by this point. I was somewhat underprepared, mades loads of mistakes but had heaps of fun! 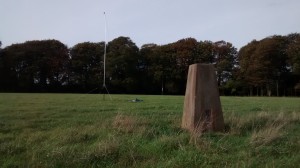 I walked up to my local summit of Wendover Woods (G/CE-005) for my first activation. I struggled on 40m initially because the band was full of special event stations for Churches on the Air and struggled to find a clear frequency. I searched and pounced a few of these church related GB callsigns until one of them (GX0NWM) knew something about SOTA, said I could have their frequency and that they would spot me on the SOTA website. I had no idea what that meant (I was still very new to amateur radio), but about 2 minutes later I had a pileup of stations on my hands! 26 contacts later and the bug had set in.

My second SOTA activation was 2 weeks later and I upped the ante and operated in Portugal (CT7) visiting Serra de Foia (CT/AL-001) while on holiday.  This activation only peaked my interest in SOTA more.

Fast forward to mid April 2017 and I became a half mountain goat on Tal y Fan (GW/NW-040) in Snowdonia. This basically means I’ve earned over 500 SOTA activator points.

Some Stats on my SOTA journey so far:

Have I got any better at portable operation? Definitely! My operating skills have been greatly enhanced through SOTA, making me a half competent pile-up operator and not too shabby during contests.

Would I do it all again? Well yes, I still need to earn another 500 points to get the SOTA Goat trophy which will look great in my shack!

Thanks to all the chasers who make this part of the hobby so great, thanks to the SOTA management team and thanks to my patient YL who has sat by me on many activations during adverse weather!

The only question left to answer is: Which half of me is the goat?? 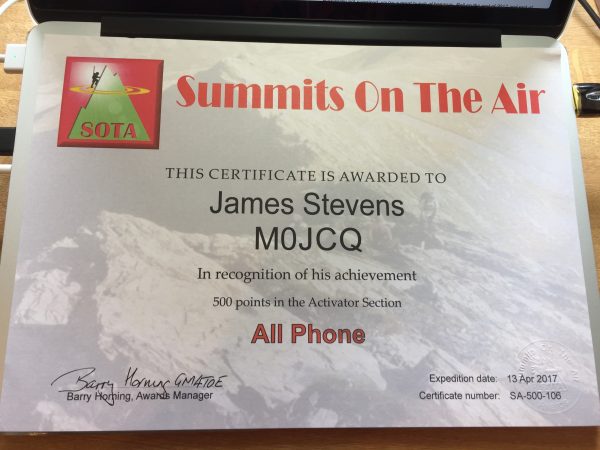