Recently I decided to take down my Western HF-10 multi band dipole, actually scrap that, a fox did the work for me and chewed through the kevlar guy ropes supporting it. They saved me a job really – just in a slightly less elegant way!

I’d contemplated a Cobweb antenna for some time, they have near the efficiency of a multi-band fan dipole, but seem to have some magic quality, which means you can get a good low angle takeoff, without having the antenna far off the ground. How this works, I don’t know – maybe something to do with the arrangement of the elements?

It’s essentially a multi-band fan dipole, but wrapped around fiberglass spreaders in a square arrangement, this means I can have access to 7 bands (20m, 17m, 15m, 12m, 10m, 6m and even 4m), with only a width of 2.7m on each side. It’s also omni-directional, which saves the hassle of a rotator.

I investigated building a Cobweb antenna, but eventually decided on buying one for £200 from AWK Antennas, a Polish amateur on eBay. The metal wrangling was the bit I have neither the tools or the skills for!

Here’s the video of putting it together and testing it with the NanoVNA:

So far I’ve had it for one week and I’ve worked Alaska, West Coast U.S, Mauritania, Lebanon and Saudi Arabia for all time new ones. It definitely works better for long distance DX than the Western HF-10 it replaced! The build quality seems really good and it’s really performing just 5m above ground. 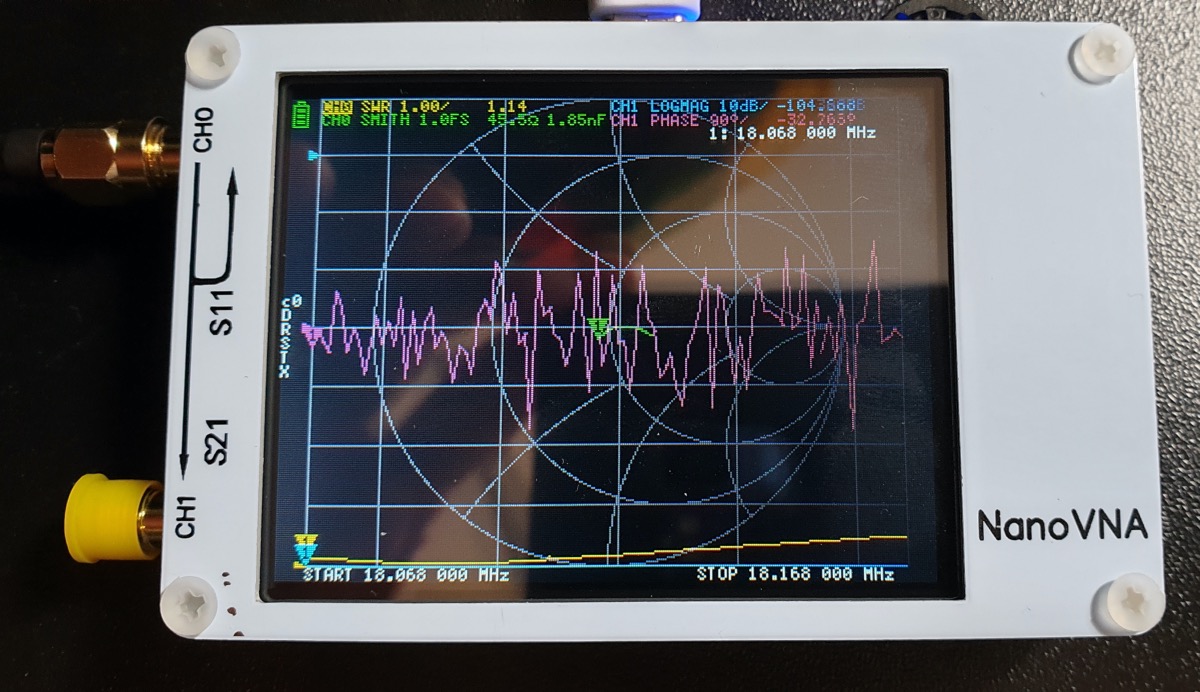