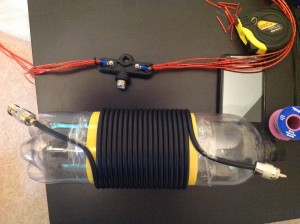 While constructing my multi-band dipole it became apparent that an ‘Ugly Balun’ or to be more precise a 1:1 RF Choke balun would be needed. I’m cheap, so not wanting to pay for a commercial balun i decided to build my own.

Why would this be needed? Well a dipole is a balanced antenna while the coax is an unbalanced feedline, the ugly balun is used to match the unbalanced coax feedline to the balanced antenna. The purpose of this to help eliminate RF currents from flowing on the outside of the coax, this ultimately ensures that the dipole is radiating the majority of the RF and not your feedline. If you were to use a balanced ladder for your feedline then you wouldn’t need to use such a balun.

I have also had problems with stray RF causing my PowerSDR to crash on my laptop while using my FlexRadio Flex-3000, so anything that could reduce stray RF emitting from anywhere except the antenna would be useful.

The emphasis around making the balun was to both learn something new but to also save money. I used the following components to construct the balun which i had around the house or purchase from eBay:

1. The first step is to put the 2 litre plastic bottle (complete with lid) in the freezer for an hour. This sounds like a strange first step, but it will ensure the bottle expands and is nice and firm for wrapping the RG8 cable around.

I would recommend testing the conductivity (using a multi-meter) of your soldered cable at this stage, before you start winding! 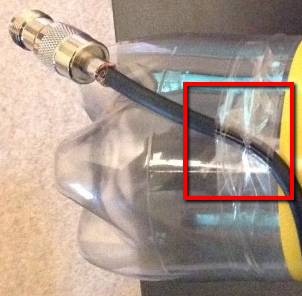 5. Now we can start winding the RG8 cable from one end of the bottle to the other: 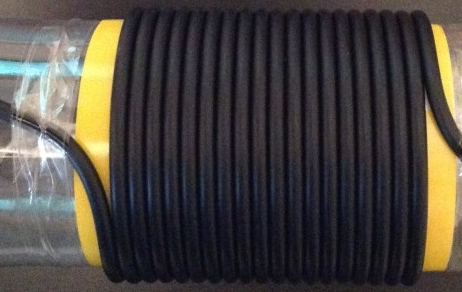 The key factor here is to wind the RG8 neatly and tightly, one coil at a time. If you scramble wind the RG8, the balun will not act as an RF choke and it will not eliminate the RF power from the outside the coax.

6. Now to finish off this balun we need to fix the other end of the cable with more sellotape: 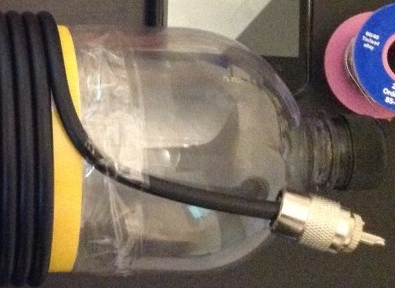 7. We now have our completed ugly balun, at the end of this you will truly know why this is called an ‘ugly balun’!

My balun and ultimately the dipole was to be put up in the loft, so weather proofing any off this wasn’t a concern. The balun was to be located right next to your dipole centre (as the male PL-259 connection feeds it). I hung mine up using two loops of string (fishing line would work too), one supporting one end of the bottle and the other supporting the top of the bottle (near the cap): 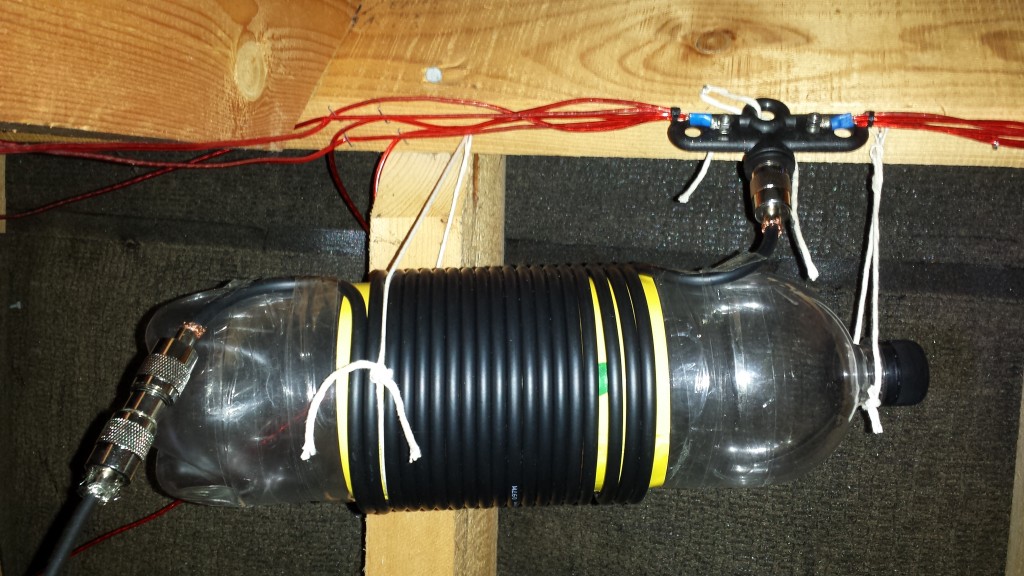 The end result of constructing this balun was that it removed my problem with stray RF crashing PowerSDR and it also ensured i wasn’t loosing valuable RF power before it got to the antenna. Now reducing losses is something that every radio amateur can benefit from!