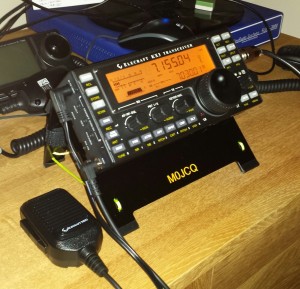 I’ve had the Elecraft KX3 for a while now and the one accessory i needed (forgetting the long delayed 2m module) was a stand. I wanted a stand for more comfortable operation in both the shack and while out working portable.

While here in England we’re in the depths of winter i usually start  thinking forwards to the nicer weather we may get later in the year. This led me to think about SOTA activations in the nice warm sunshine where there’s more risk of sunburn than hypothermia!

I had heard lots of good things about SOTAbeams on Twitter so decided to see if they had anything that would fit the bill. Indeed they had a Elecraft KX3 Desk Stand for £22.50 (with your callsign engraved). Alas it didn’t include a KX3 as well, but i’m a rational man so i didn’t complain 🙂

Here Richard (G3CWI – Owner of SOTAbeams and co-founder of SOTA) takes us through the stand:

The stand is very lightweight and made out of acrylic, so weighs next to nothing and you can adjust the height using the drawstrings. All in all i was very impressed by the design and look forward to using it /p in the warmer months ahead. Bring on the sun! 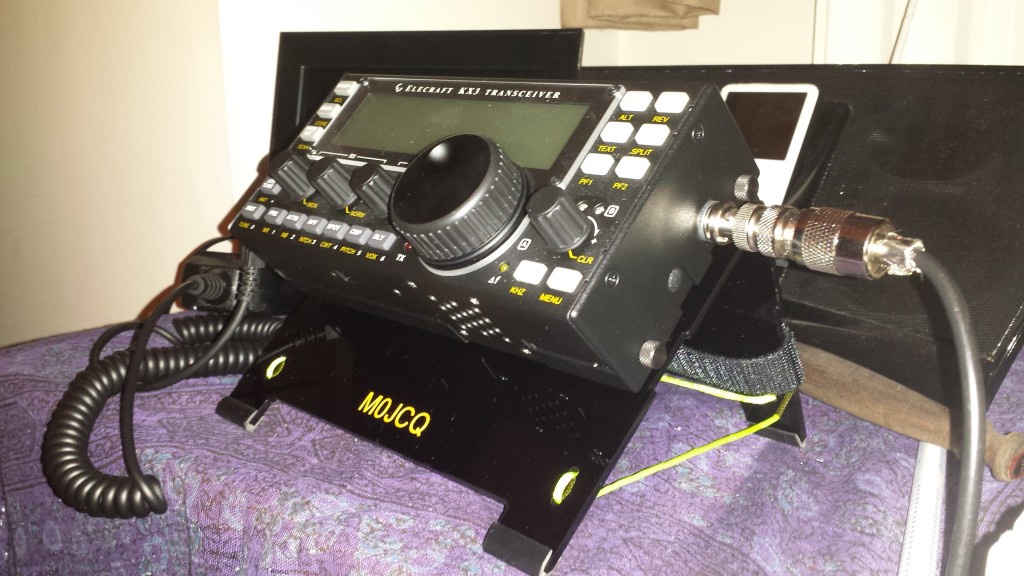