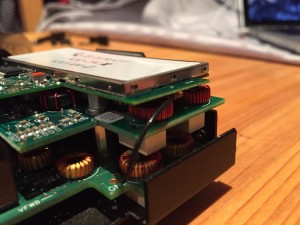 A couple of months ago I installed the 2m Module into my Elecraft KX3 and after the install everything worked as expected, that was until I arrived at a SOTA summit only to find a really high SWR on all of the HF bands. On 40M the SWR was crazy at 99.9-1 and slightly better on 20M at only(!) 28:9-1…

Initially I suspected my linked dipole was at fault but after checking all the connections in the field, all seemed well. Without any other rig I resorted to using the ATU to resolve the high SWR, but despite getting a reasonable match and salvaging the activation all was clearly not right.

While installing the 2M module I remembered the mini coax cable had to be critically routed to avoid the toroids, the manual went to pains to state this: 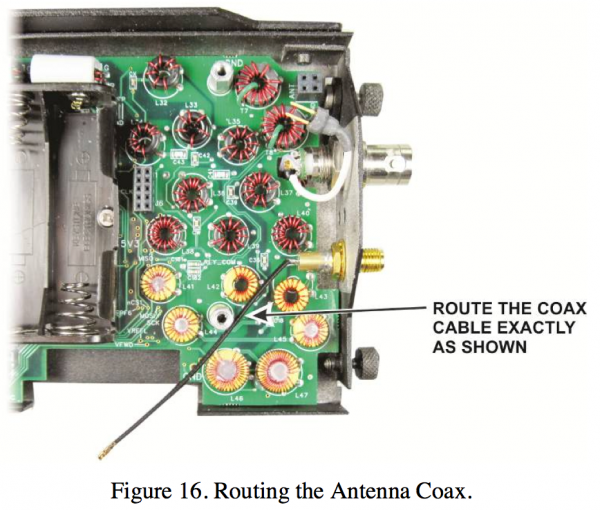 So having a spare hour on a Sunday evening I opened up the KX3 to see if this was the culprit and sure enough after removing the ATU and 2m module it was clear the cable was not where I originally left it: 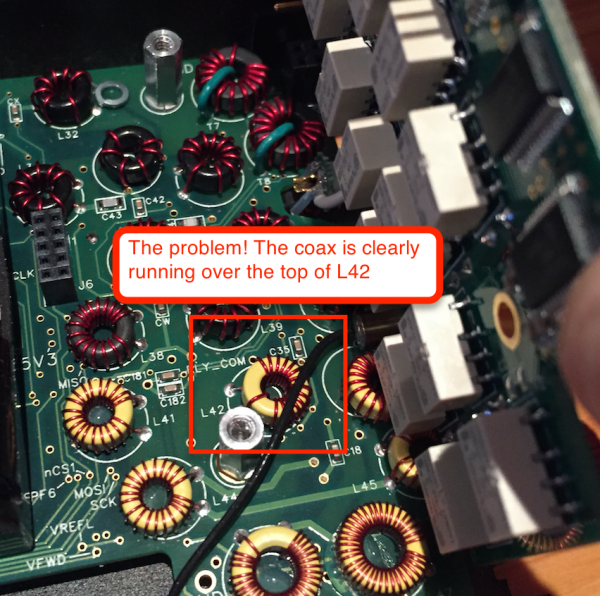 The problem – Coax running over L42

As you can see the coax had shifted slightly and was running over L42, this certainly seemed like a feasible reason for a really high SWR. Moving the coax back to the right hand side of L42 showed that the cable didn’t want to stay put for long. I had thoughts of exactly the same issue coming back, especially after being carried up a few more SOTA summits.

A quick thought saw me using two pieces of Blu-Tack to try and secure the cable into position for a little longer: 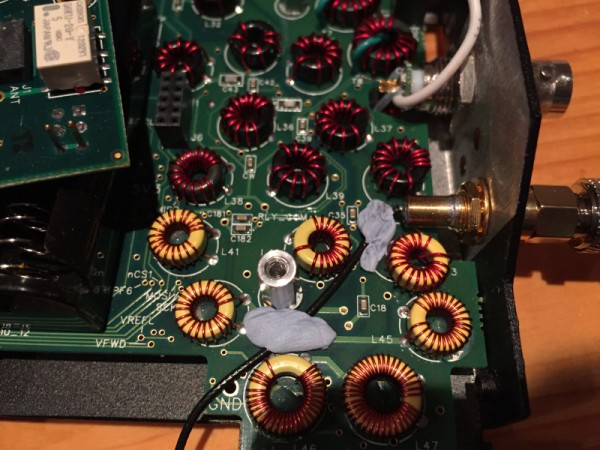 Blu-Tack probably won’t keep it in place permanently, but should provide just enough encouragement to remain in place for longer. If the issue comes back I will try securing it in place with hot melt glue, but for now the issue has gone and SWR is back to normal: 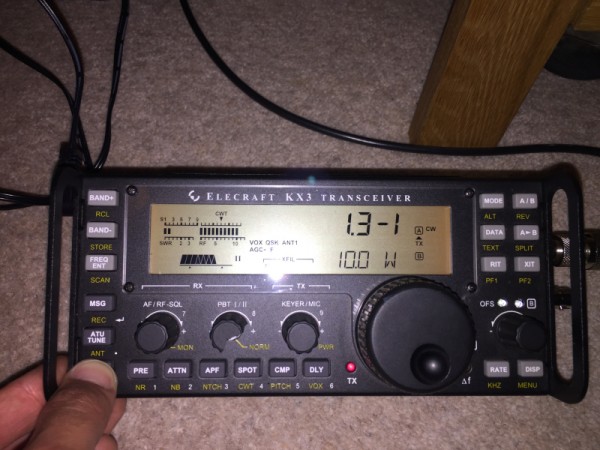 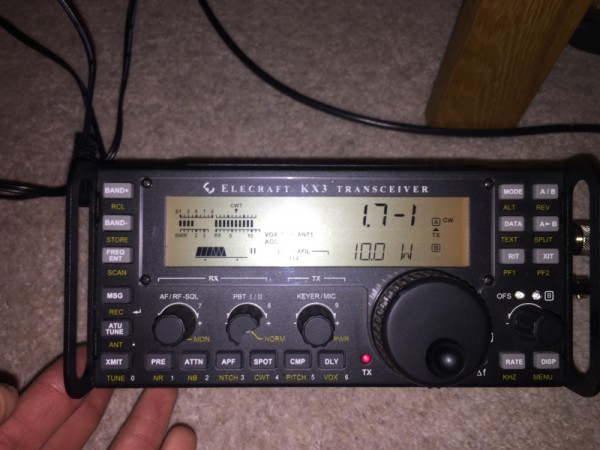 If you’ve read this far you’ve probably have the same issue and if so I hope this fix also works for you!

The KX3 is now back in the game and ready for it’s next portable adventure on some god forsaken SOTA summit!