Well, it’s that time of year again when I cast my mind to the coming year and set some targets around my Amateur Radio hobby. I have done this during the last two years and also posted the outcomes (2014 and 2015)

I find setting the targets helps to focus my enjoyment of the hobby and puts some structure in place around how I operate. It’s certainly true that I don’t achieve all of my targets during the year, witnessed by my still non-existent CW skills despite the target during 2015!

Ever get the feeling you’re buying too much gear? Well I do! Since getting licensed in 2013 I’ve purchased quite a bit of kit including a number of radios (Flex 3000 SDR, Icom 7100, Elecraft KX3, Yaesu 817, Yaesu 857 and plenty of handhelds and cheaper SDRs).

I vow to make do with the kit I already have for 2016 and make more use of this instead of buying new toys, which quite frankly I don’t have the time to use!

I’m interested to see Icom’s SDR which should come out early 2016, but this will be the first of a whole new wave of SDR’s released by the major Japanese manufacturers, so figure it best to hold tight for a bit.

I’ve always been into building my own antennas and gain great satisfaction from this. I also find out I learn a lot more about the hobby through building these things and it helps reinforce all the theory I had to learn back in 2013 when I gained all 3 UK licenses.

I purchased a SARK-110 Antenna Analyser in 2015 and want to make more use of this to play with new types of antennas.

I want to try building the following antenna types: 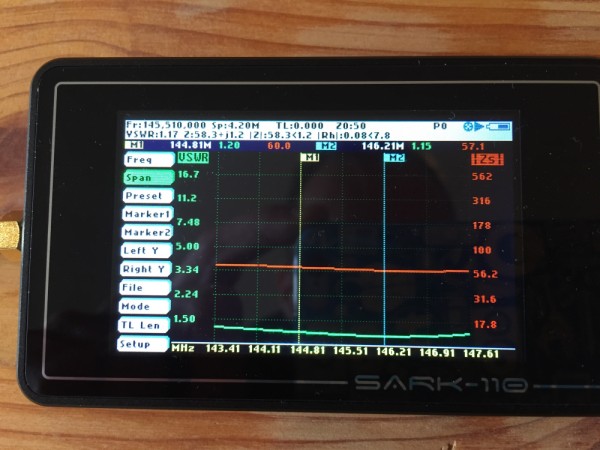 I made some steps to working the birds in 2015 but not nearly enough. I joined AMSAT UK, purchased an Elk Antenna and read up on the theory of working the Amateur Satellites, but guess what? I never tried to operate!

The Amateur Satellites provide a form of (artificial) propagation when the HF bands are dead due to solar storms which we should see more of next year as we’re now on the long march to solar minima. So when 40m is not supporting NVIS I should get on the satellites instead, unless there’s a tropo or aurora lift on… 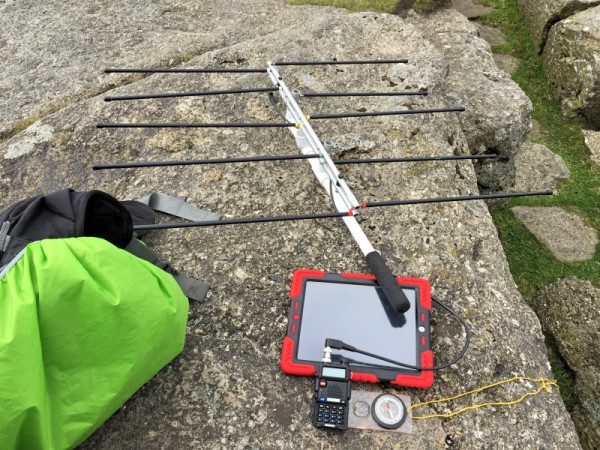 The Elk Antenna all ready to go but not for Satellite use, here was on a SOTA activation in Devon

I will try the FM sats first and I hear there’s been a bunch of new ones launched during 2015, so now seems like a really good time to get involved.

I’ve got a number CW transceiver kits sitting around that need to be built, so I want to finish at least one of these in 2016! It’ll be a lesson in putting theory into practice to learn more about the stages of a transceiver.

One of my targets in 2014 was to get involved in the Worked All Britain (WAB) scheme. This ended up being a year late and I joined at the start of 2015. But since then I have been actively taking part. I’ve activated over 50 trig points for WAB and have joined the WAB net on 40m a number of times while out /p. In fact I have just applied for the following awards:

In 2016 I want to get the WAB Small Squares Award, I’ve currently worked 274 squares and need 300 to get the Basic award. This is very much achievable and would have been achieved during 2015 if the sun hadn’t killed NVIS propagation on 40m so much! If 40m is in good shape during 2016 I might also be able to go for the Bronze award at a push.

I have found that (surprisingly!) I prefer working local UK stations to DXing. So for me WAB adds another dimension to my operating.

This year I want to refine my VHF contesting focus a bit more to the 2m band. There’s plenty of activity (during contests at least) and I find the forms of propagation very interesting. I’ve still yet to experience a tropo opening but did hear an aurora opening the other day which was fascinating, as beam headings went out the window (i.e. point towards the aurora and work people behind you!) and SSB voices resembled drunk daleks!

I’m not saying I won’t operate on 6m, because I find this equally interesting but from a contesting perspective 2m will be where it’s at.

In preparation I have fitted the 2m module to my Elecraft KX3 and purchased a 9 ele Tonna yagi: 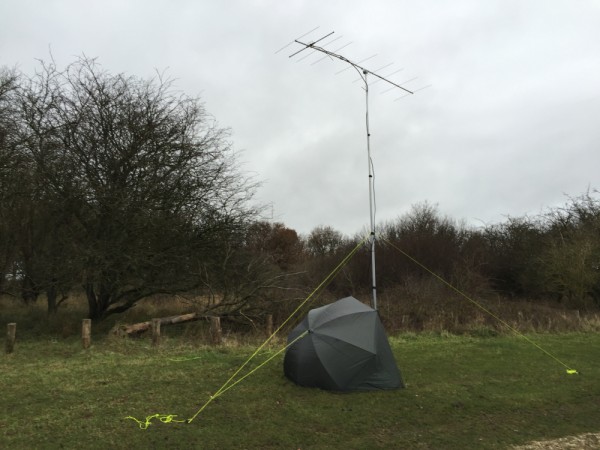 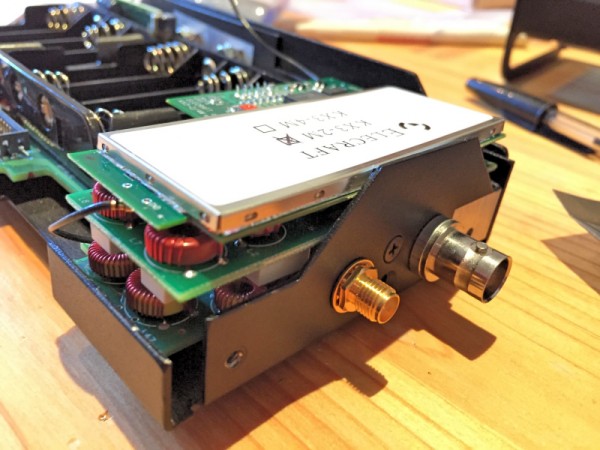 7. Get Involved in more HF Contests

Another contest related target! During 2015 I focussed on VHF contests, while in 2016 I want to sample some HF contests as well. I will try and get involved in a few of the 80m RSGB club sprints and enter the world wide contests that seem to provide quite a lot of rare DX.

2015 saw me wanting to experiment with many different facets of the hobby, 2016 is building on this broad experience to drill into some specific areas I’m interested in. Will I achieve all of these targets? Hopefully, but the past two years tell me no! Will I have fun trying? Yes!