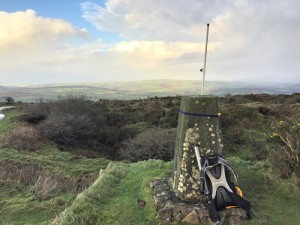 As I was staying nearby in Dartmoor with the YL over New Years I decided to activate the SOTA summit of Kit Hill (G/DC-003) when the chance arouse. In the morning we had been walking on Dartmoor and towards the end we got a thorough drenching so we headed back to our holiday cottage and changed our clothes, at this point my YL wanted to go for a run, queue my exit for some radio fun!

Kit Hill is just over the border from Devon in Cornwall, not too far away from the Saltash and Plymouth. The views from up here are a 360 degree panorama across the south west. In fact at one point I could see four separate rain showers going on around me, but strangely, not over me thankfully!

This is a drive on summit and if I had parked at the top car park and operated from the trig point then I would have fallen foul of the 150m distance from your car that SOTA rules mandate. Before you get to the top there’s a car park halfway up the hill, I pulled in here and walked 10 minutes to the trig: 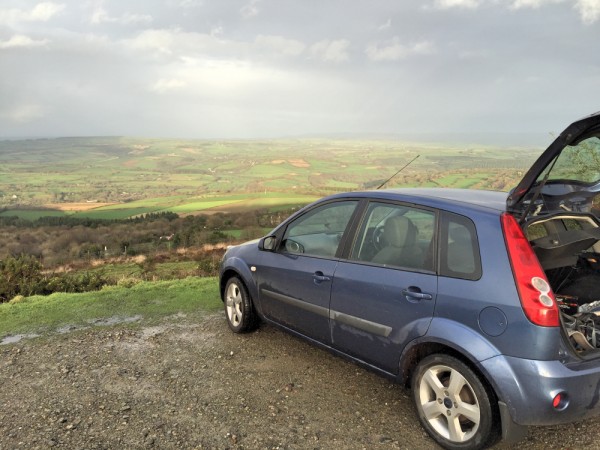 I arrived at the trig point (WAB TP4256) with both HF and VHF equipment, but given the great takeoff from this location I couldn’t resist some 2m FM action. I strapped the vertical dipole to the trig point and turned on the Yaesu FT-270, incidentally being used on a fourth trig point activation with no charges in between, the battery seems to have improved with each charge since I got it! 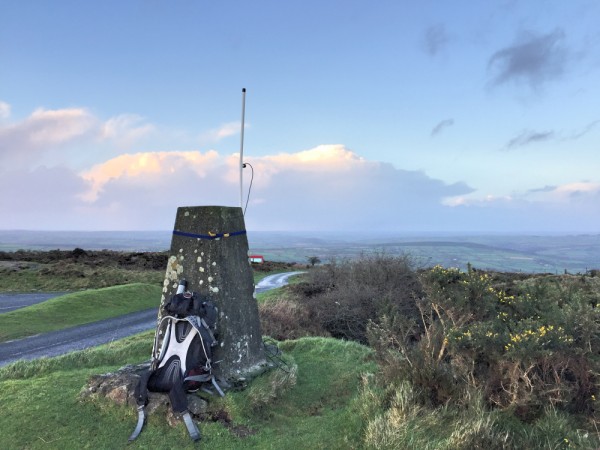 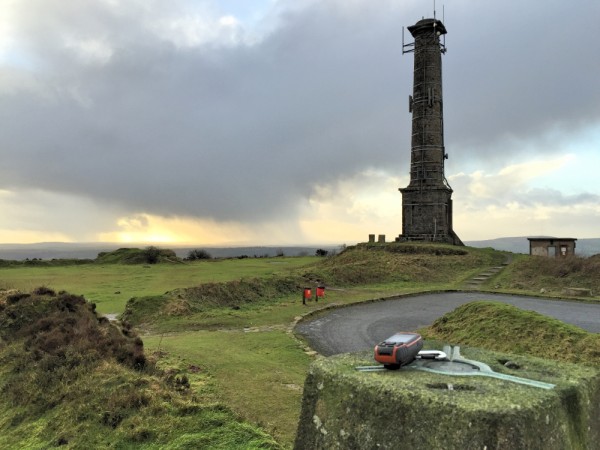 I Spotted myself on the SOTA cluster as I suspected I might be able to at least bag one contact from Don G0RQL, who is just over the border in Devon and always catches me on 2m FM. Sure enough 2 minutes after calling on 145.450 he called me. 59++ both ways as it’s pretty much line of sight to Dons QTH from this summit. We had a bit of a ragchew which is pretty unusual as I’m usually dealing with a pile up during HF activations and don’t have the time. My iPad logging software totalled up the QSO’s me and Don have had over the past year and it came to 70!

After Don no one else responded to my CQ calls on the spotted frequency, so back to the calling channel I went to raise some more. After a few calls Ian G4RVG in South Molton called me and after turning his beam he went from a 52 up to a 56 and then on another over up to 58 as he adjusted the beam straight onto me.

I moved back to the calling channel and soon snagged Gerry M0ZGY who had been scanning on his handheld and initially called me from his Bathroom! He was just down in Saltash which is the nearest town to this summit. 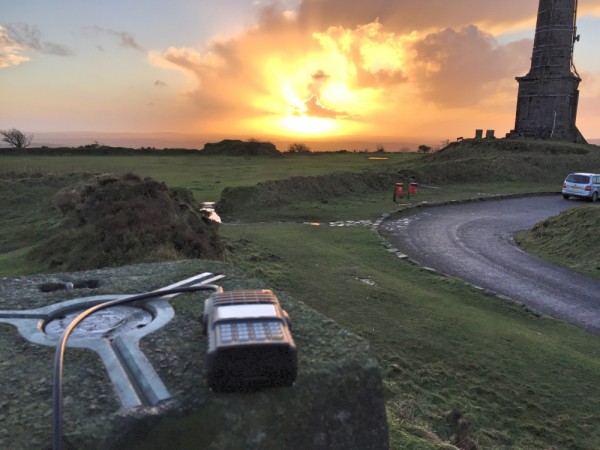 I grabbed another two nice QSO’s with Rodney M0RBM in Stratton and Phil G0BVD in Great Torrington (IO70WW).

This concluded my activation with 6 QSO’s logged over an hour of casual operating. It also concluded my QSO’s for 2015. With freezing hands I packed up in the twilight and took a little look at the tower and the excellent panoramic views of the West Country. Strange to think that just tomorrow on the first day of 2016 Cornish hams could start using GK/MK in their prefix to denote Kernow.

I enjoyed this activation and was glad the weather held out for a dry if very cold activation. The summit is nice and the views very impressive. Qualifying this summit on 2m FM was quite tough, but I had HF equipment as a backup which I didn’t need in the end.

Next time I come here I’ll use HF for a faster Activation! 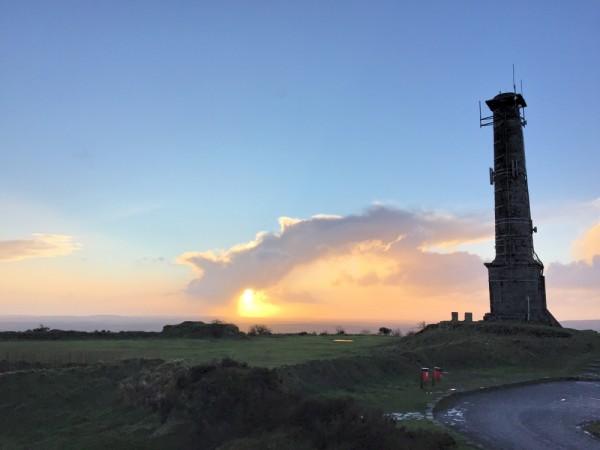 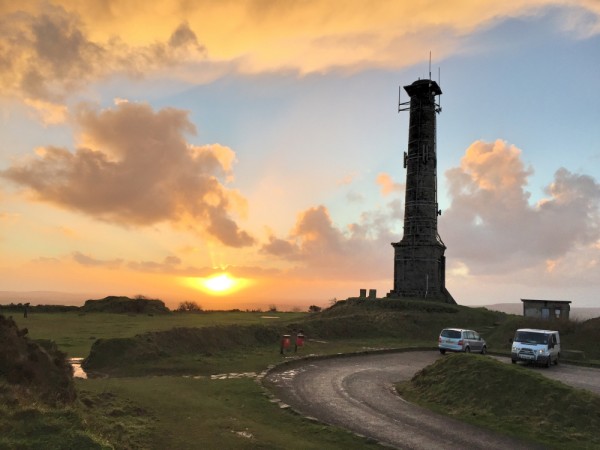 About another 2 minutes before that bright thing disappears for 2015