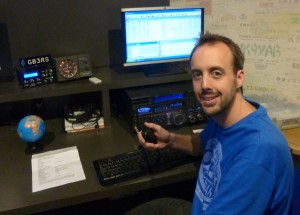 On Friday I was in Bletchley to pick up a new car in the morning and decided to drop into Bletchley Park on the way back, the home of the WWII Enigma Code Breakers and the birth place of computing. The RSGB have their National Radio Centre within the park, which is a great place to visit and really introduces the hobby to the wider public in an easily digestible way.

RSGB members can get free admission (saving £15) to the park by via the RSGB website. The park itself is very interesting and you can spend many visits and not see everything it has to offer, this day however I didn’t make it any further than the RSGB’s National Radio Centre!

The centre has it’s own radio station with a special callsign of GB3RS and if you’re lucky and bring your full license along you are allowed to operate the station. I took my license with me on the off chance that I may be able to operate this very well equipped station.

When I arrived I was warmly welcomed by three volunteers and Trevor G4WKJ took me on a tour. They have many vintage radios and many practical exercises that are engaging for non-amateurs, all of which are a great introduction to the hobby. The real centre piece for hams is the fully equipped HF+VHF radio station. The SteppIR Yagi on the centre building is quite something alone, it auto-adjusts from 40m through to 6m: 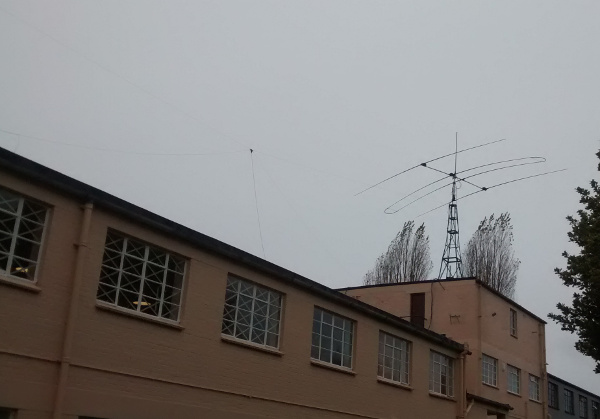 You can just about see the centre feeder for the 80m dipole as well, to the left of this photo they also had their antennas for VHF and Satellite work.

I asked if I could operate the station as soon as I arrived and after producing my license I was set free on the impressive station. It’s well equipped with a Yaesu FTdx5000 for HF and a Kenwood for VHF/UHF. The FTdx5000 and the SteppIR are connected so that when you change band the Yagi adjusts its length, you can also control the direction of the beam which was quite a novelty! 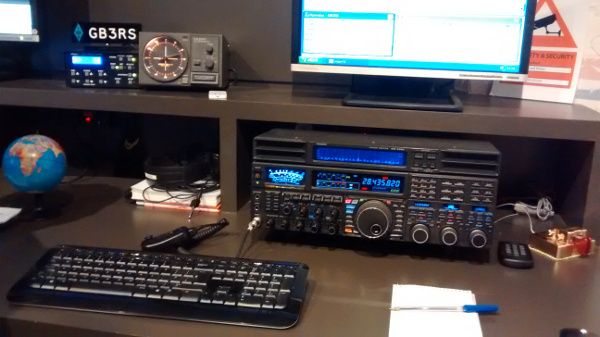 Trevor kindly took a few pictures of me using the station: 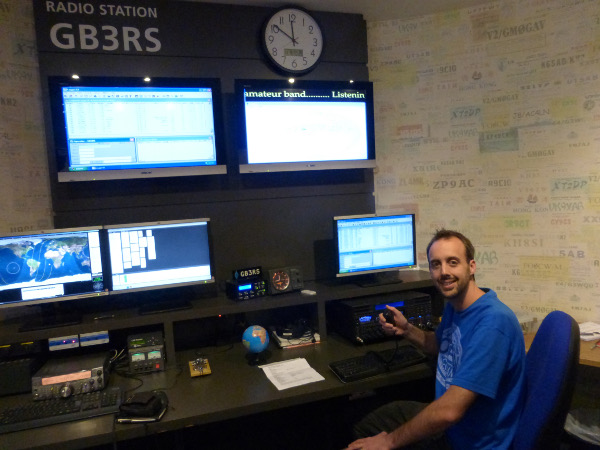 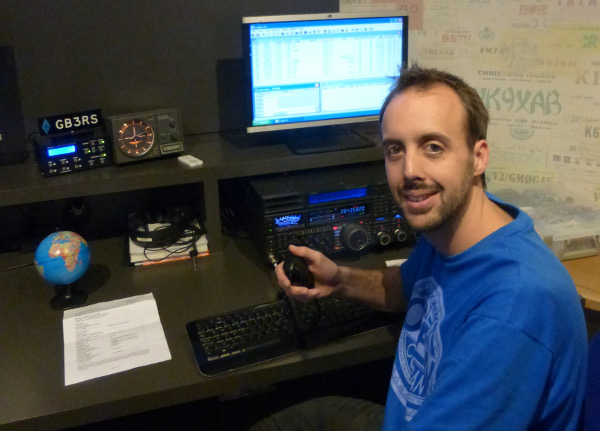 I tried a bunch of different bands including 10m, 15m, 20m and 40m. I spent the majority of my time on 40m as there’s always plenty of inter-G stations chasing special callsigns like this. I was lucky and had arrived on a quiet day so I operated for around 2 hours, making plenty of contacts inter-G and in Western Europe.

I left really happy that I’d had the opportunity to operate such an impressive station from a very historic location. I also made another use of my full license, making the hard work last year seem even more worth it.

The volunteers had been excellent as well, they give their time for free to promote and share their love for the hobby, they also make a great cup of tea!

I will definitely be back in the future, not only to operate the station but also spend some time looking around the park itself!