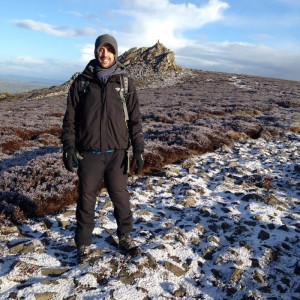 As part of mine and Michael (G0POT) 5 summit challenge on the 23rd February we activated Stiperstones (G/WB-003 – Also WAB Trigpoint TP6185). This summit was our second of the day and we arrived at the snow dusted summit at 9am.

The walk up from the car park was quick and uneventful taking about 20 minutes.

The summit is not hard to spot and is the most unusual I’ve seen so far on my SOTA activations, the rocky summit juts out of the hill at all kinds of crazy angles with a Trigpoint perched on top: 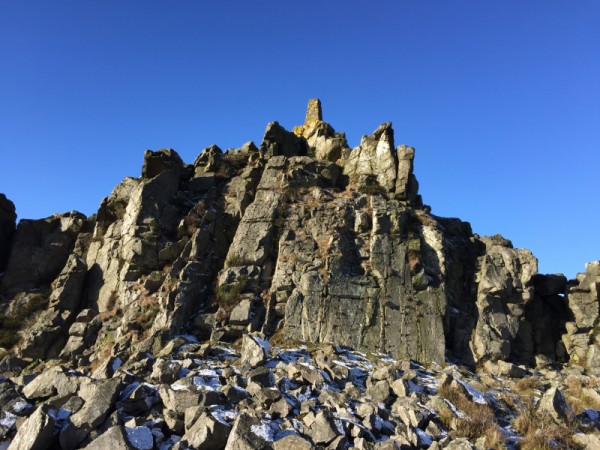 We promptly set up and took turns to operate and hold the antenna mast. We chose to use 40m on this activation which proved hard work as the French REF contest meant lots of QRO QRM. Despite this we started calling CQ and spotted ourselves. The chasers definitely heard us despite the terrible QRM which is evident in this video I recorded while Michael was operating:

As this was a day of 5 SOTA activations we had to make things quick, sadly this meant limiting QSOs and then going QRT before heading to the next summit.

Here are the contacts that I made:

I really liked this summit, despite our short time up here it was pleasantly unique. The wind would have been very strong standing right on the summit but we stayed just below still within the activation zone. The rocks underfoot are pretty nasty here, they are jagged and littered around the summit, I was glad to leave without a twisted ankle!

Here’s Michael relaxing in the snow: 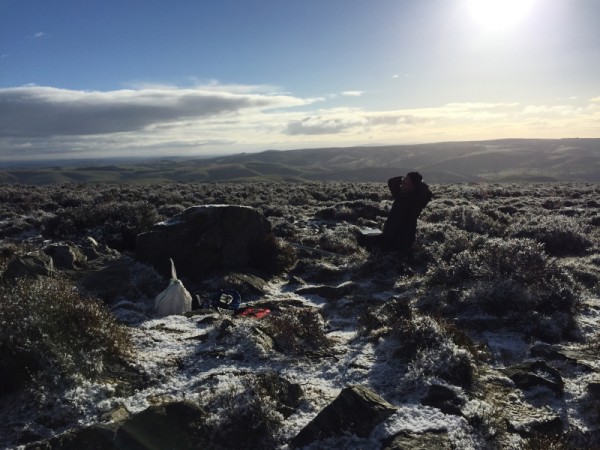