The SOTA summit of Worcestershire Beacon (G/WB-009) was to be my last of two summits before heading to the Nozstock music festival about 30 minutes drive away in Herefordshire. This day had been defined by heavy rain and things were no different when I arrived!

Parking Tip: I parked for free in the lay by next to the Hay Slad Spring along the West Malvern Road, which was busy with people filling up with water from this well known spring. The walk up took about 15-20 minutes and was quite steep, but hey the parking was free,

The activation had to be quick as I was due to pick up a friend from Worcester train station in 30 minutes, with this in mind I decided to activate it on 2m FM. That was until I realised half way up that I had forgotten my 2m Dipole… DOH!

At this point I looked at my watch again, realised I was already going to be late picking up my friend and was thankful I also had my HF equipment with me! Shame really because this summit is supposed to have a really good VHF takeoff.

On arrival at the trigpoint it was no longer raining, instead the summit was buried in cloud. Hard to believe this was in July: 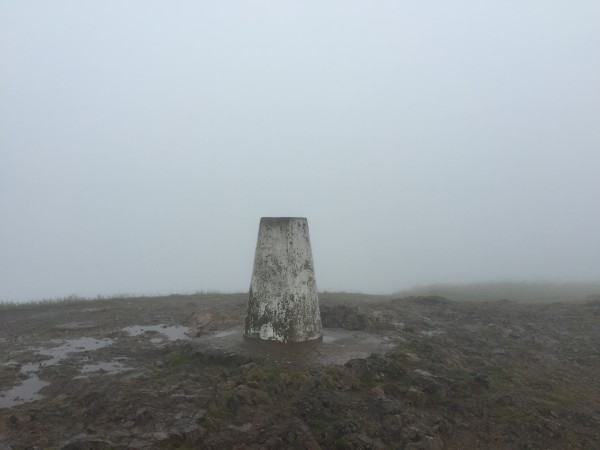 I proceeded to setup next to the trigpoint as this is also valid for the Worked All Britain Trig Point Award (TP0724 – Malvern). Two more benefits of setting up next to the trig was that I could put the mast in the centre of the trig for support as there was no plug and I also sheltered from the wind behind the trig 🙂 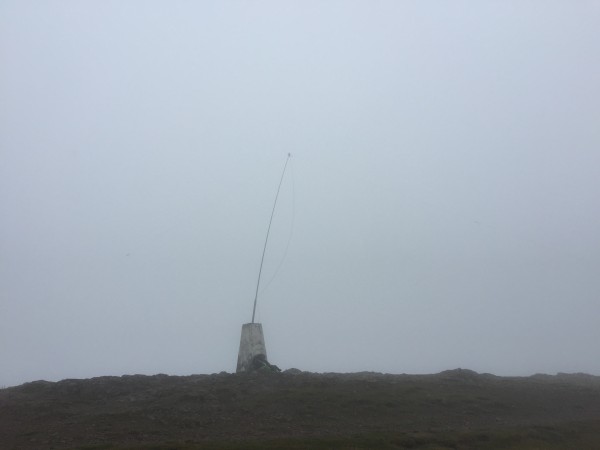 I erected the dipole for 20m and quickly setup the Elecraft KX3. I was really hoping for good conditions as time was very limited, I shouldn’t have worried though, after spotting myself on the SOTAWatch website I had a quick flurry of calls from around Europe. EA2LU was the first station in the log, followed with QSOs from Austria, Switzerland, Slovenia and Greece. After 5 minutes of being on the air I had bagged 9 contacts and easily qualified the summit. At this point I closed down and ran back down the summit to pick up my friend 30 minutes later than expected 🙁

I’m sure on a clear day this summit is delightful, but during the activation the only glimpse I had of this was the map pillar outlining what could be seen: 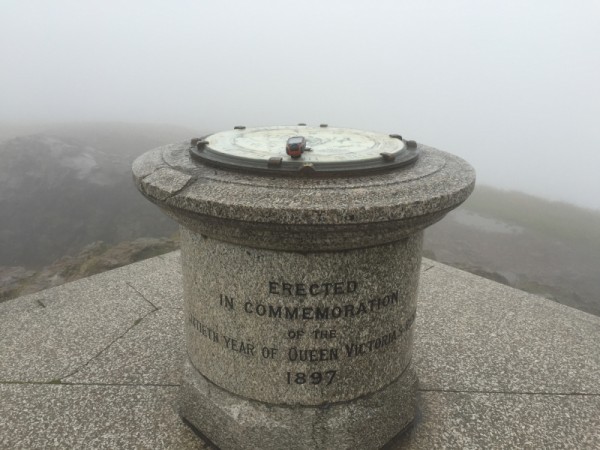 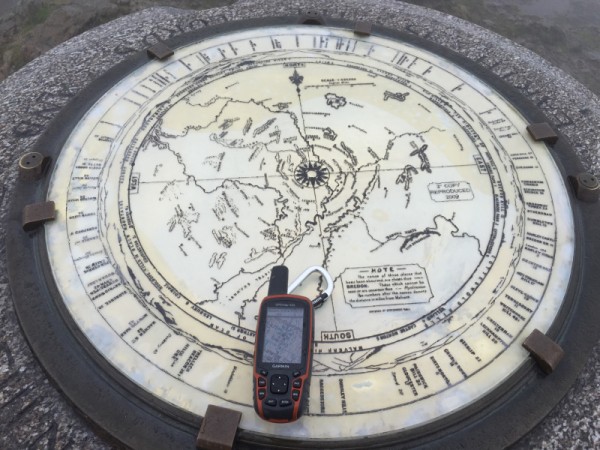 I was happy to have activated this summit despite the nasty conditions and headed to the music festival after picking up my friend. Predictably the rain didn’t stop that day, but we still had fun in the evening: 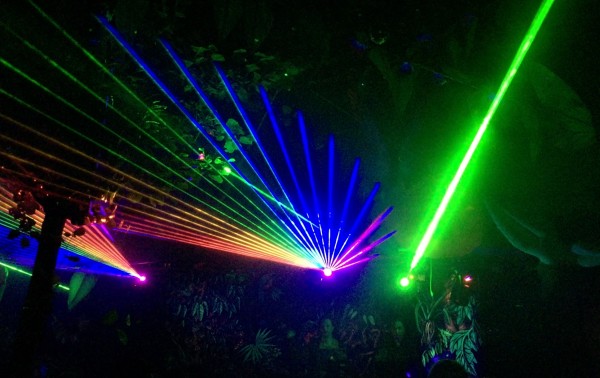 One comment on “SOTA Activation of a Cloudy Worcestershire Beacon”