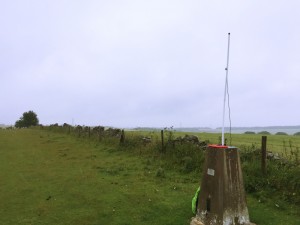 Cleeve Hill (G/CE-001 – 330m) was my first of two summits on this wet Friday in July before heading to a music festival for the weekend in Herefordshire. The 2 hour drive from Hertfordshire was depressingly grey and the rain incessant.

Predictably nothing changed when I pulled up into the car park (N51:55:16 W2:00:34) near the masts at the summit. On arrival it was still chucking it down, so I sat in the car and ate my sandwich pondering exactly why I thought this would be fun.

After layering up in waterproofs I headed for the trig point (TP0007 – valid for WAB Trigpoint Award), which is about a 5 minutes walk from the car park. I wanted to activate this summit on 2m FM as it apparently has a great VHF takeoff all around and in fact several of my QSO contacts mentioned they have been up here using the microwave bands with satellites mounted on the trig point!

I setup my 2m SOTABeams MFD Dipole quickly using vertical polarisation and used the centre of the trigpoint to support the dipole. At this point I was thankful for my Yaesu FT270 handheld which is incredibly waterproof and resistant to pager breakthrough, due to the constant onslaught of rain and the nearby masts looming in the cloud. 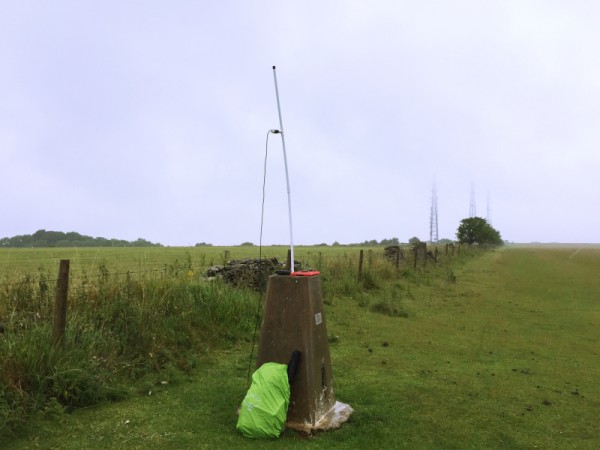 Notice the masts in the background disappearing into the cloud

Within a couple of minutes I was away and put out a call on the FM calling channel 145.500 with G3LVP coming straight back to me, at this point we moved down to 145.475 to complete the QSO. After finishing this I called QRZ and had G0LGS come straight back again, by this point I was thinking this 2m activation might be easier than expected. After this I had 2E0MDJ call me straight away who turned out to be the son of G0LGS and located in the same house (but in a different room)!

G8AOJ followed, with whom I had a nice natter about Nepal and my experiences when visiting the country and he told me about his fathers time there. I then put one final call out and G3VKV came back to take the tally up to 5 QSOs and the summit easily qualified.

Despite me not having to spot myself the calls came quickly and it was easy to qualify the summit, even on a Friday at midday. The chaps were all local and I’m sure they could have mustered more amateurs if I had needed it to qualify the summit. It seems like the locals have a lively 2m scene which was refreshing!

I quickly packed up and got back to the car before heading to my next activation at Worcestershire Beacon (G/WB-009). On the drive back down hill there was a small break in the clouds and I caught a glimpse of the amazing view that this summit offers.. I will have to come back on a clear day! 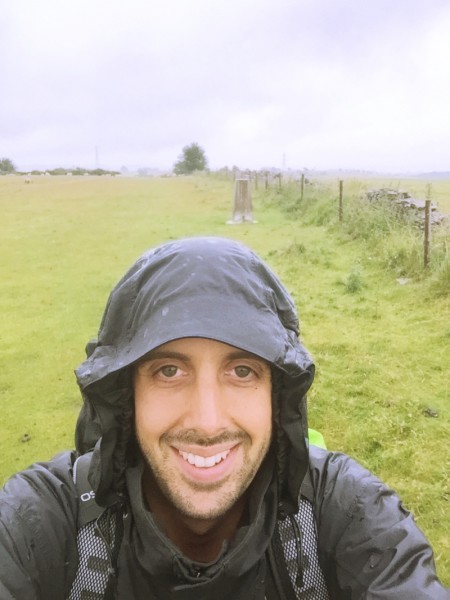 Me, looking rather wet but happy after a successful activation