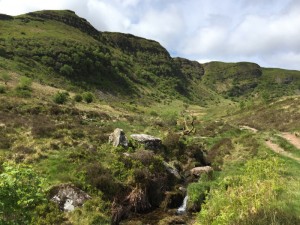 Start of our path in an ancient glacial valley

Fan Fawr (GW/SW-005, 734m ASL, 6 points) was my third of four SOTA activations during a long weekend break with my YL in the Brecon Beacons. It was luckily part of a larger walk like all of my other activations over this weekend… chance or good planning 😉

We started from the glacial valley at SN 971222 and walked for about 2 hours until we reached the summit at Fan Fawr. Most people approach this from the Storey Arms car park (3km South of where we started) which is also used to get up to Pen Y Fan. You can’t miss Fan Fawr, it’s very distinctive and clearly the highest summit around these parts other than it’s bigger brother Pen Y Fan just across the valley.

The weather was a lot kinder to us today and we had clear sunshine and a good temperature. As a result I wasn’t pushed to activate the summit in the minimum amount of time which made a very nice change. 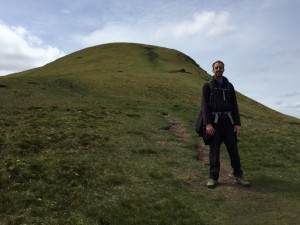 On arrival at the summit I realised the activation zone is quite large and our approach had led us to the far side nearest to Pen Y Fan, the trig point which I had wanted to activate for the WAB trig point award was quite some distance away so I decided to abandon this idea and setup where I was, just down the slope to escape the wind.

Out of the wind and with a full sky of sunshine it was truly T-Shirt weather so I chose to do a two band activation, starting on 20m and then moving down to 40m. I setup the linked dipole on the 10m fishing pole, during this time an Army chap came over (they were carrying out manoeuvres on the summit) and asked me what I was doing, I explained a bit about Amateur Radio and after a few questions about the kit and weight of my pack he joked and asked if I wanted a job with the army 😉 I suspect I.T. is a safer career and the pay is better!

After setting up the Elecraft KX3 I sent a spot. On 20m I worked Italy, Switzerland, Spain, Germany, Slovenia, Czech Republic and the United States. Highlights was working two Summit 2 Summits with S57MS/P (on S5/BR-033 – Tinjan) and DB7MM/P (on DM/HE-002 – Hohe Hölle for 10 points) right after each other! Best DX was KA1R over in Massachusetts. 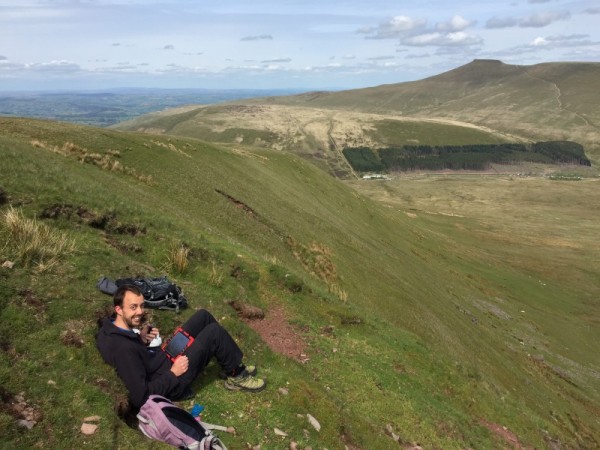 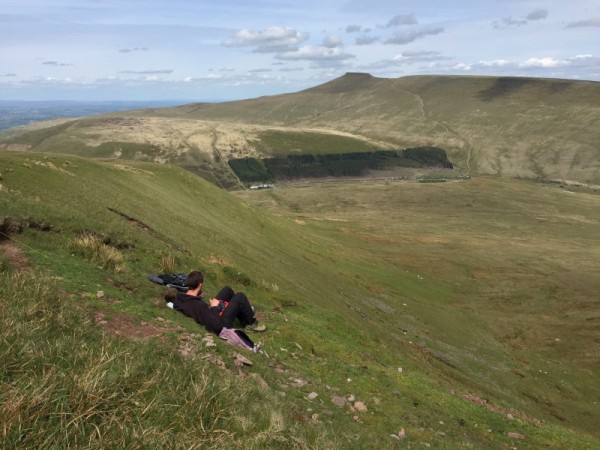 Look at that view! You can see the well worn tourist trail up to Pen Y Fan to the right of the dark green trees 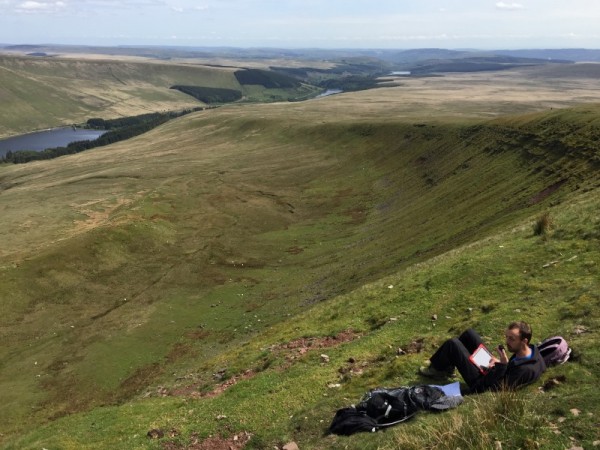 After working 10 stations in 13 minutes I clipped the dipole up for 40m and sent a new spot. Soon enough the regular G chasers were pouring in. After 13 minutes on 40m I’d netted another 12 contacts into Spain, Holland and England. I also worked another S2S with Colin G8TMV/P on Ruardean Hill (G/WB-021).

At this point my YL had had enough sunshine and wanted to carry on our walk, so I quickly packed the kit away and we left the summit. I was happy to show her that sometimes SOTA activations can be warm and pleasant, not always cold and wild!

We descended from the summit towards the Storey Arms car park, which incidentally would be a great starting point to activate both Fan Fawr and Pen Y Fan in a single day… that’s one for the memory bank! 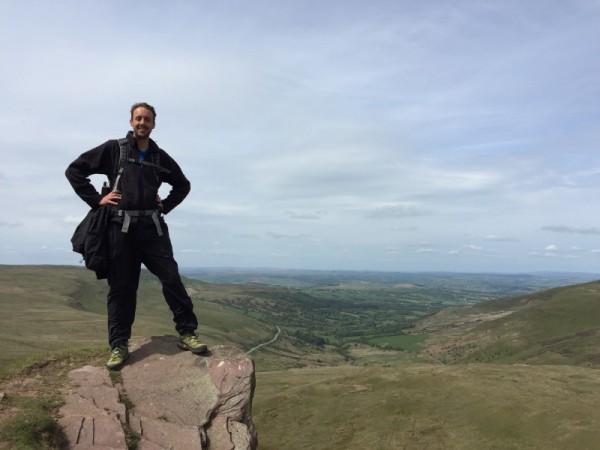