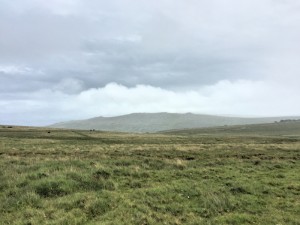 The view from the car park

My nemesis.. the High Willhays (G/DC-001 – 4 points) in Devon had haunted me since my botched activation last November. Previously I’d chosen to drag my XYL up in terrible conditions, was massively unprepared (no maps!) and ended up activating Yes Tor, which I later found out was not even valid for SOTA, add to that we also got seriously lost on the descent… not my finest hour. It had taught me several valuable lessons though which I have implemented on every SOTA activation since!

I drove here from my activation on Beacon Batch, the drive took about 2 hours and was pretty uneventful.

This time I had a clear route to follow, backed up by a waterproof map of Dartmoor and my Garmin GPS. Thankfully I had also packed my wet weather gear as when I arrived it was pretty much the same conditions as my November visit . I parked at the car park (N 50 42 14, W 3 59 49) just past the Okehampton Army camp and the conditions were wet, windy and wild! 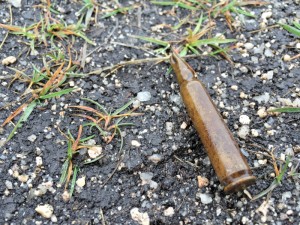 This time I abandoned any thoughts of leaving the main path and followed the military track leading from the car park right to the top between both Yes Tor on the right and the High Willhays summit on the left. I got buffeted by strong wind and rain on the 30 minute walk up, waterproof trousers are a life saver! This path leads to the ridge where you pick up a loose path to the cairn marking the summit of High Willhays – the highest point in my birthplace of Devon!

On arrival I was soaked and the wind was relentless, but thankfully it was a bit warmer than my last visit as this was June. I set up just behind the cairn, thankful for a bit of shelter. 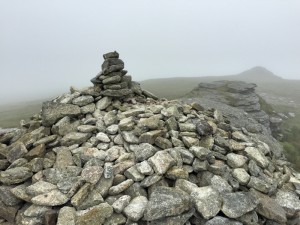 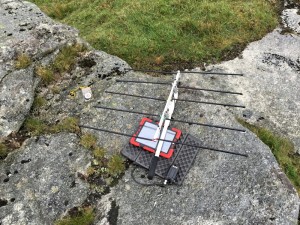 I had planned to activate on VHF this time with HF kit as a backup if needed. I initially setup my 2m handie with my Elk Log Periodic and had an instant response from M1JMH when I called CQ on the FM calling frequency. After this I had no further takers, so I found a clear frequency and spotted myself. I knew that Don G0RQL lives nearby and sure enough he came straight back to me for a 59 both ways. There were no further calls after this, but Don got his friend Ken G4NUJ to come on for a QSO. With 3 out of the 4 contacts needed things started to look bleak. Don was still listening in and after endless calling and no responses he worked me with his club’s callsign M0OMC/A. This 4th QSO nailed the activation and at this point I thought about packing up due to the persistent unpleasant conditions… 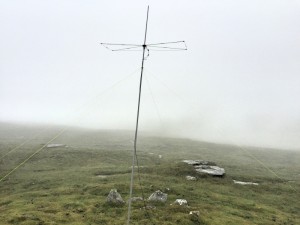 Then I remembered that the summit had never been activated on 6m and the Sporadic E openings I’d had earlier on in the day up on Beacon Batch summit. This saw me quickly setting up the 6m Moxon and the Elecraft KX3. I spotted myself and quickly had Don & Ken in the log on 6m as well as a few other G’s and a surprise call from YL2CA at 59+. I love the randomness of Sporadic E!

Happy with the activation, I packed everything away except for the 2m FM setup and walked across the path to the trig point at Yes Tor for a Worked All Britain Trigpoint activation. 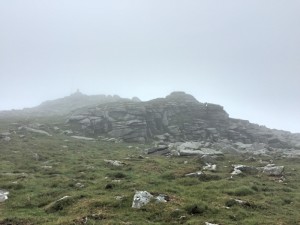 View of Yes Tor in the clouds

I’d arranged to pop back onto 2m with Don & Ken earlier and had them in the log as soon as I called. Don had also got his friend and fellow SOTA activator Colin G0XCF on the frequency and we had a nice chat about the joys of VHF SOTA activations as I vainly tried to shelter from the strong wind behind the trigpoint.

Just as I packed everything away the clouds started to part and I was treated to the wonderful views offered from Devons highest point but had never seen until now. 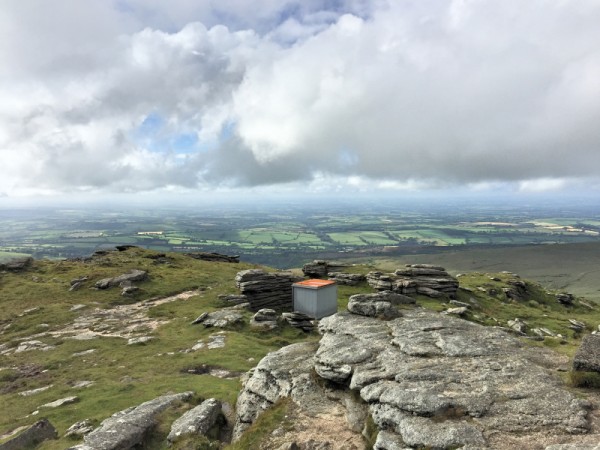 It turned out nice… just before my descent! 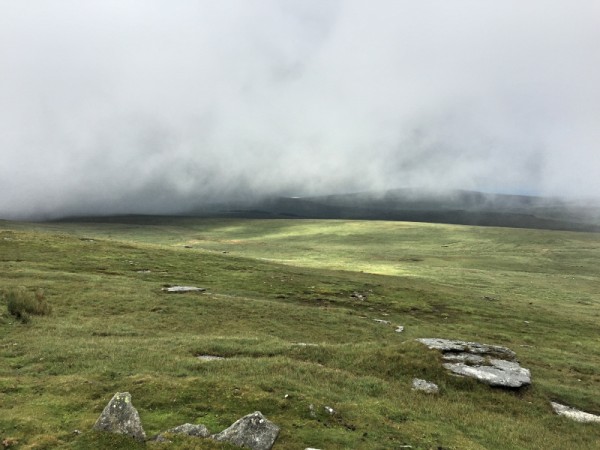 A brief clearing from the summit 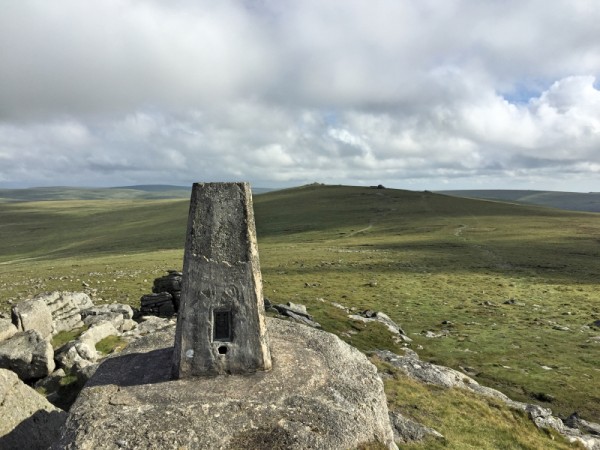 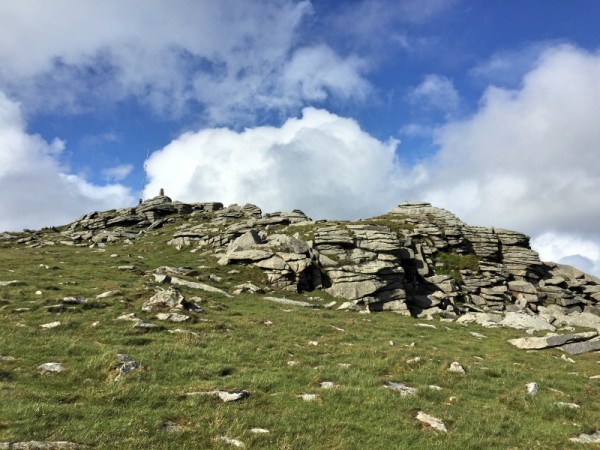 Yes Tor looking lovely as I began my descent

2 thoughts on “SOTA Activation of High Willhays (My Nemesis)”