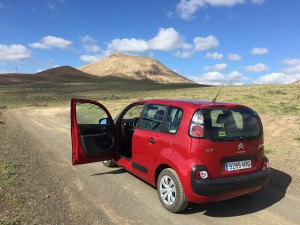 After arriving at Lanzarote airport and hiring a car, I made a beeline for this summit. I arrived pretty quickly from the airport (15 minute drive) and parked near a farm at the base of the summit.

The summit gets its name due to its white rock which is quite unusual on this volcanic island, where most summits are made up of red/black volcanic stone.

Here’s the view from the parking spot: 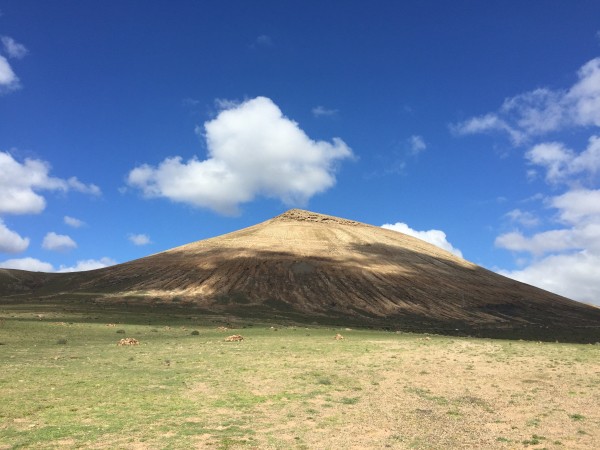 Some quick facts about this activation:

The walk to the summit is a car wide track, but as I found out, it’s very difficult to drive up without a 4×4, deep sand and gravel see to this. The walk was quite steep and took about 45 minutes.

The summit has a small antenna farm (UHF) and a wooden cross on top and the views are pretty spectacular: 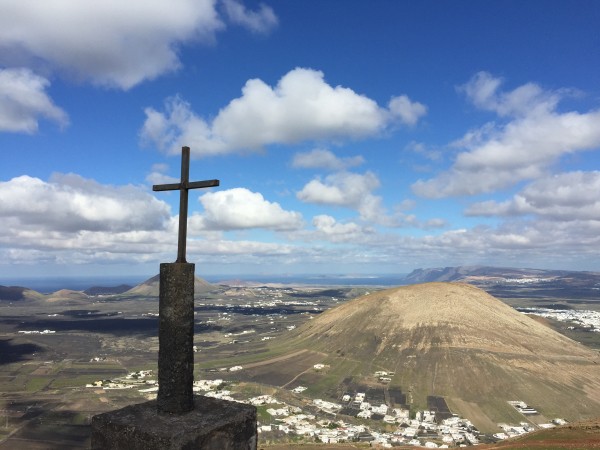 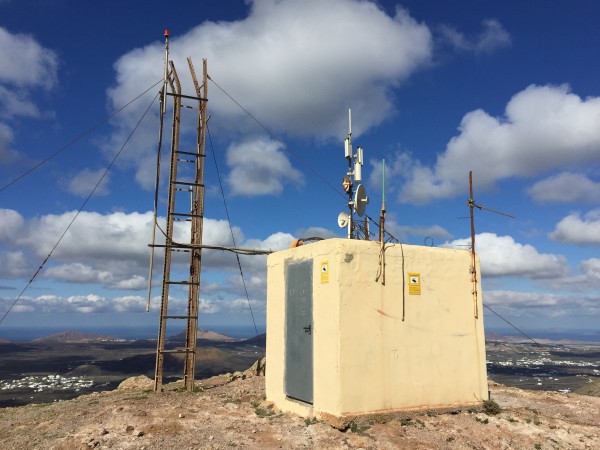 The adjacent hill you can see in the first picture is also a SOTA summit (Guatisea – EA/LA-008) with just a small village in between the two.

I activated the summit on 15m using my SuperStick Vertical, using 10w SSB from the Elecraft KX3. I was happy to use an EA8 prefix for the first time as well, although over the next couple of weeks my EA8/M0JCQ/P would become very familiar, so familiar in fact that I accidently used it during a QSO when I got back England!

I made 18 contacts in the 30 minutes I was active. The 15m band was suffering from deep QSB, with stations going from 59 to 52 within seconds and back again.

I wanted to make a number of contacts back to the UK, but due to conditions only managed to complete 2 with Don (G6TUH) and Mike (G0RQL), both being quite weak signals.

This summit was the first of 14 on the Canary Islands and the views from up here were spectacular and gave me a good taste of what was to come on Lanzarote, I wasn’t disappointed!

I made a video while on the summit which should give you more of an idea of what its like:

I descended quickly & headed off to my next summit just across the valley to Guatisea (EA8/LA-008): 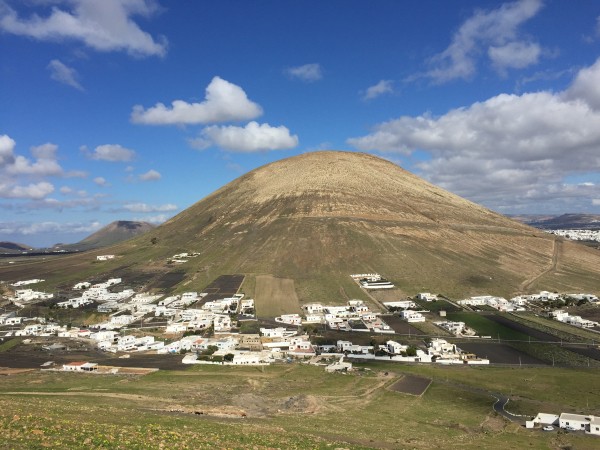