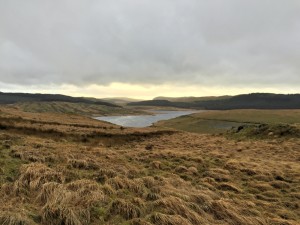 The most sunshine I had all day!

Drosgol was my second Mid-Wales SOTA summit of the day. I had activated Plynlimon-Pen Pumlumon Fawr (GW/MW-001) earlier so I knew conditions were going to be wet, wild and darn windy!

It took me about 10 minutes to drive around the Nant-y-Moch reservoir from my last activation parking spot. I arrived with the rain continuing to hammer down really considering exactly why I was doing this…

GW/MW-008 – Drosgol (550m, 2 + 3 winter bonus points)
Latitude: 52 28 26 N, Longitude: 3 49 42 W
Grid Reference: SN759878, QTH Locator: IO82CL
Parking: Parking in Lay-by at North West tip of reservoir (N52:28:22, W3:50:45 Lat,Long: 52.472739,-3.845915)
WAB: SN78 Trig: No
VHF: Good
Walking (thanks to GW8OGI for these instructions): Walk North along the road for about 150m and at the cattle grid take the track to the right. This well used stone farm track roughly follows the shoreline of the lake, climbing very gently. Stay on this track all the way to the small pine plantation at 752887, which conceals some agricultural buildings. Skirt around to the right of the trees (there is no right of way through the yard) to pick up the track as it emerges from the other side and heads across the stream bed towards Drosgol. After the stream, look for the tyre tracks in the grass heading South and climbing gently uphill. This track will take you almost to the summit, avoiding all the heather, tussocks and bog. The track forks at 753882, take the left. Leave the track around 758880 and head straight uphill to the summit. 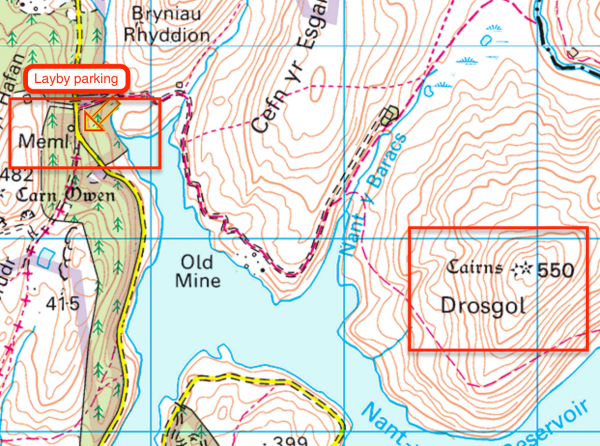 The walk from the parking spot up to the summit took me about an hour.

Storm Desmond was also in full swing now and the wind just got worse and worse the higher up I went.

Once you get to the pine plantation/farm yard after about 30 minutes , the path disappears. If you look carefully you can see a grass track (presumably used by the farmers quad bike) heading off to your right. This is the nearest you’ll have to a path leading to Drosgol and I advise you follow this as it will almost take you right up to the summit. It avoids the worst of the bogs and uneven ground!

Upon reaching the summit of Drosgol I could see two summit cairns. The first one was open from one side and luck would have it that the gale force wind was blowing straight into it! I had a look and also got blown straight into it! Well that’s not going to do… The second cairn is less of a shelter and just a large pile of rocks. This provides a little bit of shelter as long as I stayed very low to the ground. 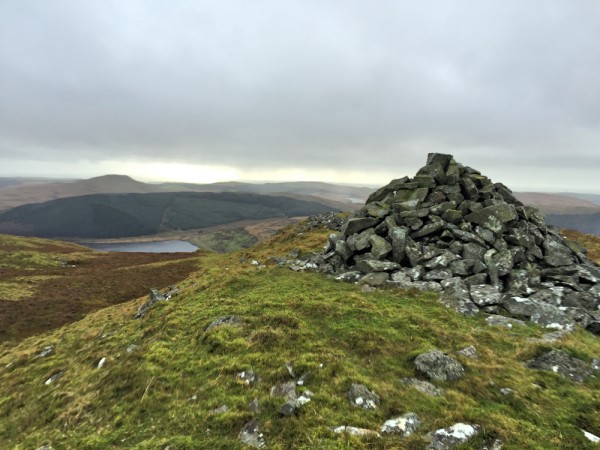 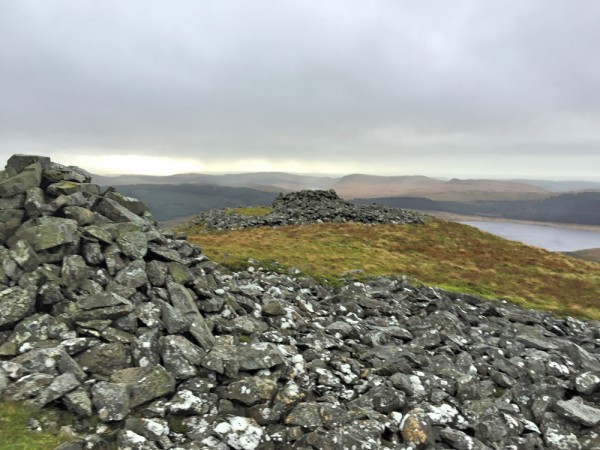 Bracing myself for another brutal activation I setup the 2m SOTABeams MFD dipole. By this point the antenna was starting to break in several places and I had to keep it low and resting against the cairn due to the extreme wind.

Turning on the Yaesu FT-270 and making a few calls revealed that this summit provides a decent VHF takeoff. Eifion MW0DEW called me back straight away, soon after Bob MW0RHD called me who is a SOTA chaser. We had a nice QSO and it turned out he had company in the shack. This soon led to me working Bryan MW6EYI/A.

Soon after I managed a QSO with Richard GW1JFV who I follow on Twitter. He had seen my post from the hotel earlier over breakfast about the activation and had been listening out for me. This was the first time I’d worked Richard and I was pleased my 5 watts of 2m FM was making the ~70 mile journey to Pembrokeshire, admittedly only at a 32. I recorded the QSO from the summit:

After finishing with Richard I had the required 4 contacts in the bag and had successfully activated the summit and secured 2+3 SOTA points. I made one final call and worked Glyn GW0JAI to wrap things up.

Did I enjoy this activation? Not particularly! The conditions were less than comfortable, wind strong enough to blow you off your feet and enough rain to sink a small village. On the positive side I tested that my new walking boots were indeed very waterproof!

I’m sure Drosgol would be a lovely summit during nice weather but I really chose the wrong day to be out activating SOTA summits.

After getting back to the car the light was fading and I disbanded any thoughts of another SOTA activation this day and returned to the warm hotel and had a long hot shower, followed by a hot chocolate and then an ale.