Worked All Britain Awards so far 2 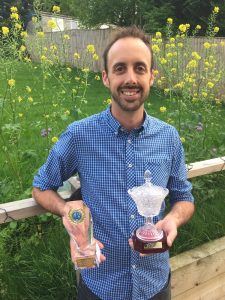 Of late I’ve been focussing on working stations across the UK for the various Worked All Britain (WAB) awards, for me this adds some incentive to work local stations on both HF and VHF. It’s especially convenient as I spend more time working with NVIS and ground-wave propagation than I do regular F layer DX.

I’ve been quite active since 2015 and often join the WAB nets on 3.760 MHz (active in evenings) and on 7.160 MHz (although not running very often right now due to poor NVIS propagation).

I’ve previously written about the Going for Gold award, WAB’s 50th Anniversary celebration award, and my struggle to reach 2,500 points/contacts before the end of 2018, in order to gain the coveted (well by me at least) trophy. As a result of some intense focus I only need another 71 contacts to get the trophy, so this is now really in reach. For a number of months it looked doubtful I’d reach this target before the end of the year so I’m pretty happy!

Below are some of my WAB awards that I’ve been awarded so far, there’s no real reason for posting these other than to give myself an archive of what I’ve achieved so far. 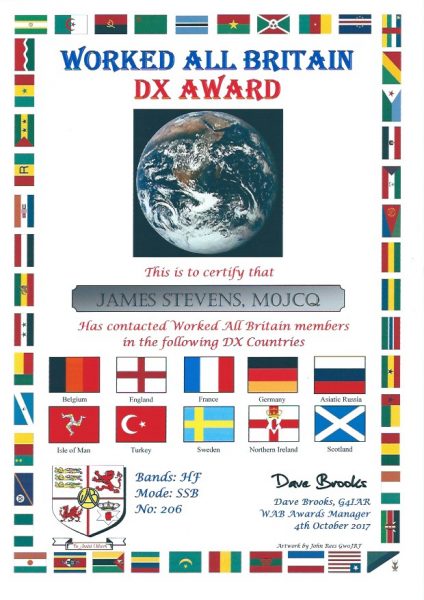 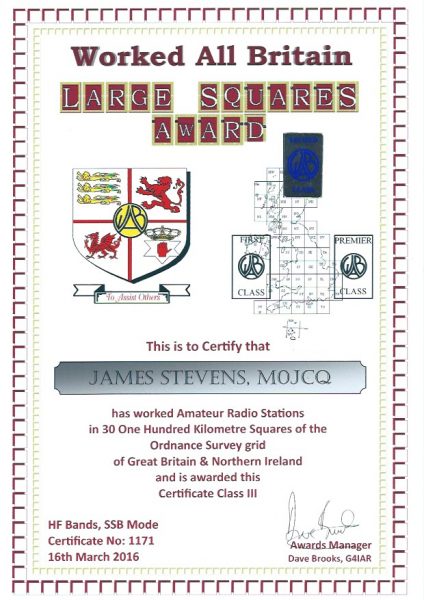 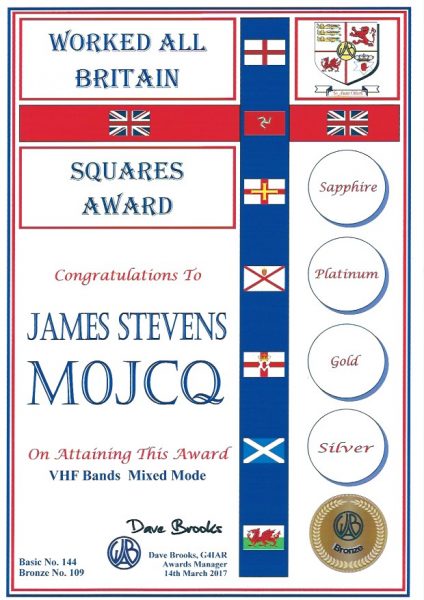 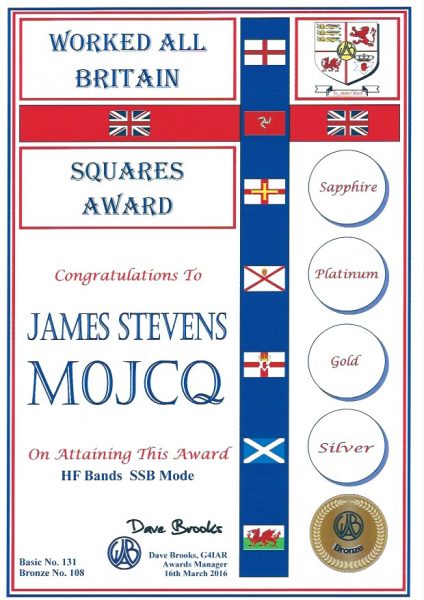 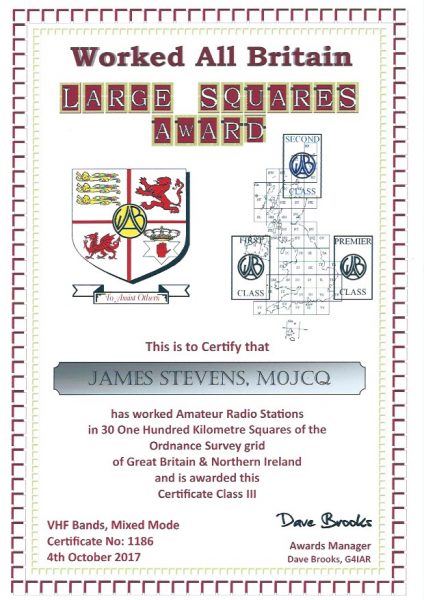 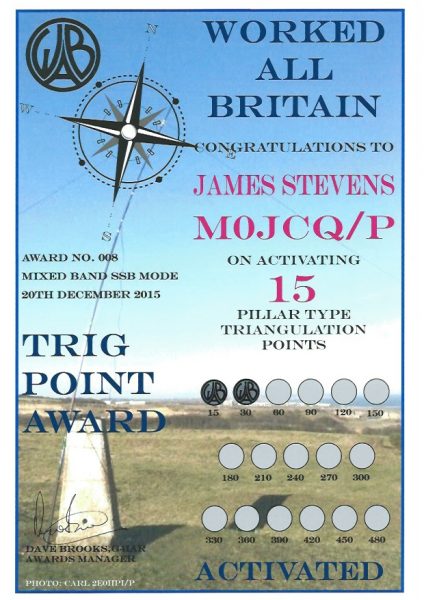 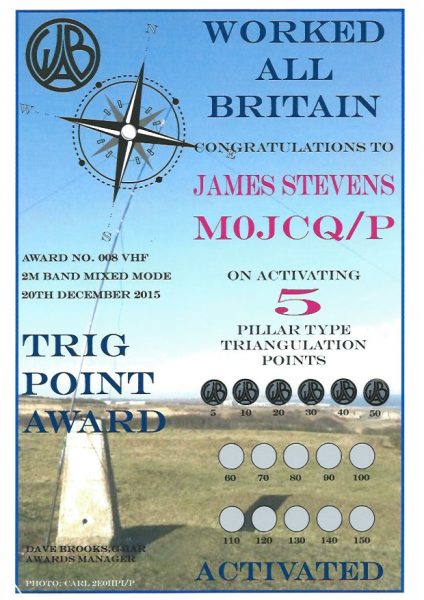 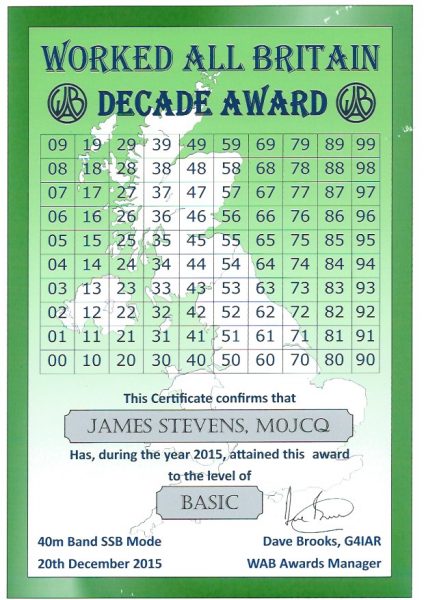 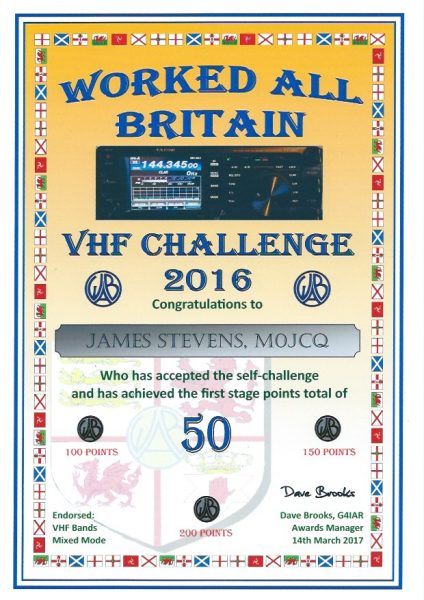 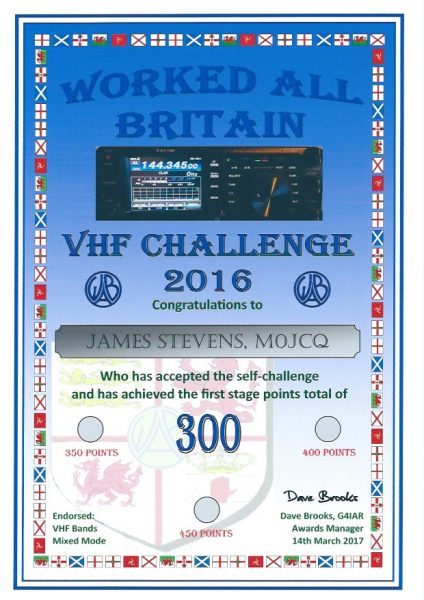 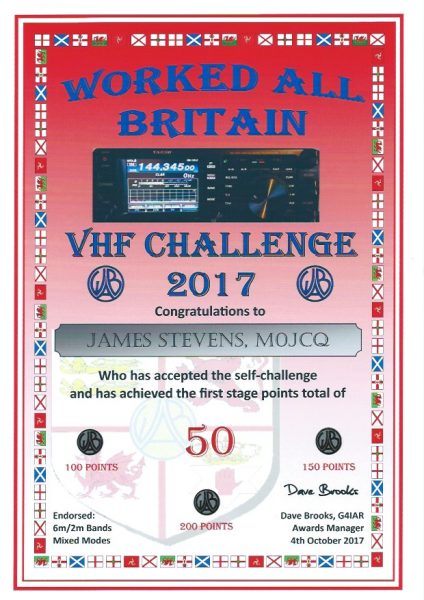 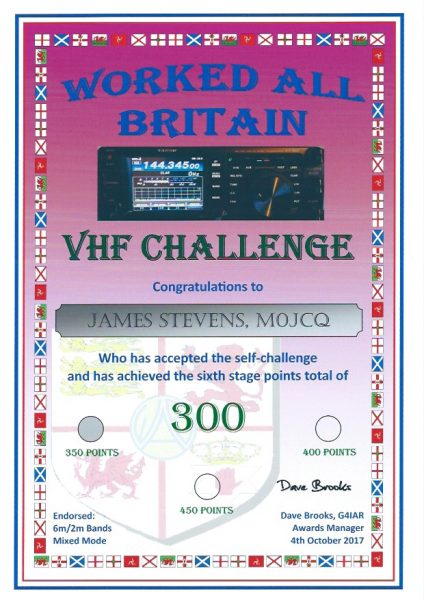 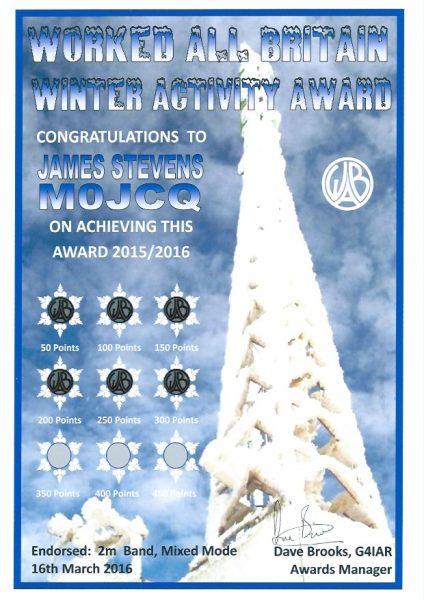 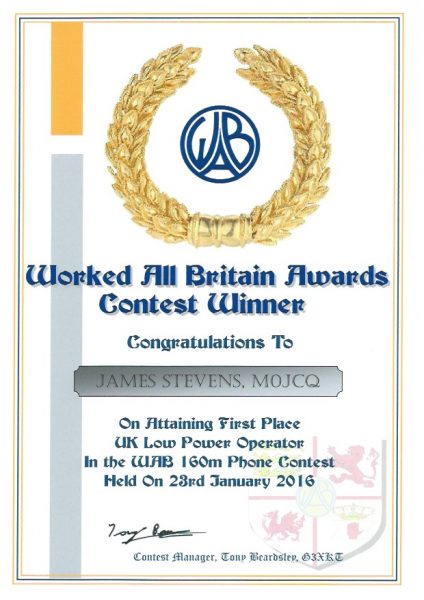 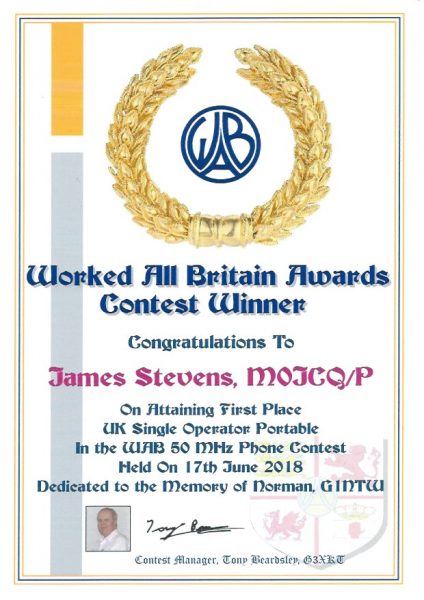 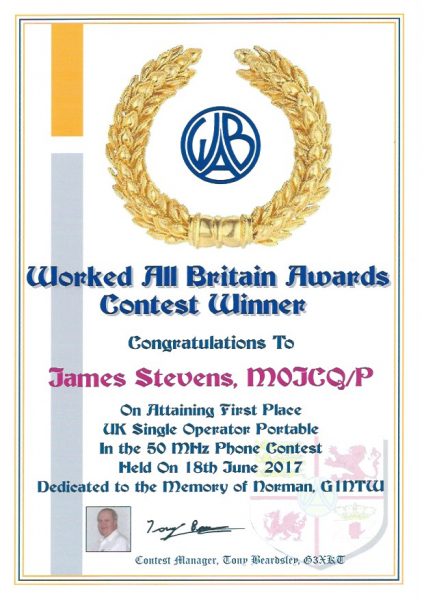 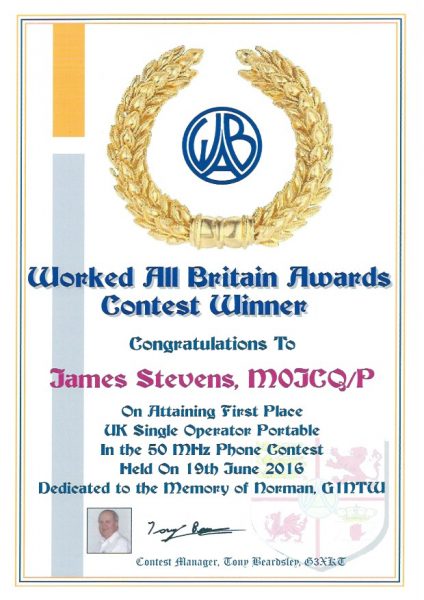 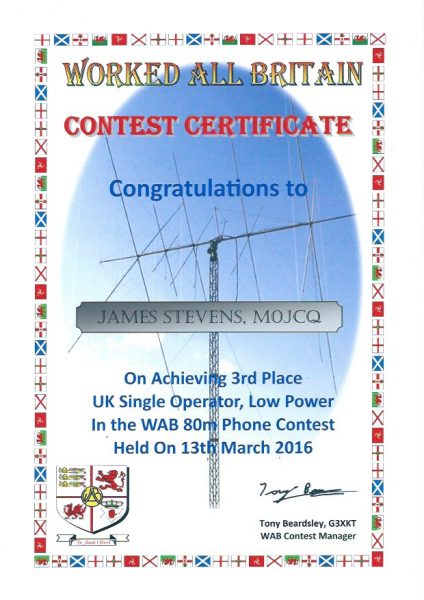 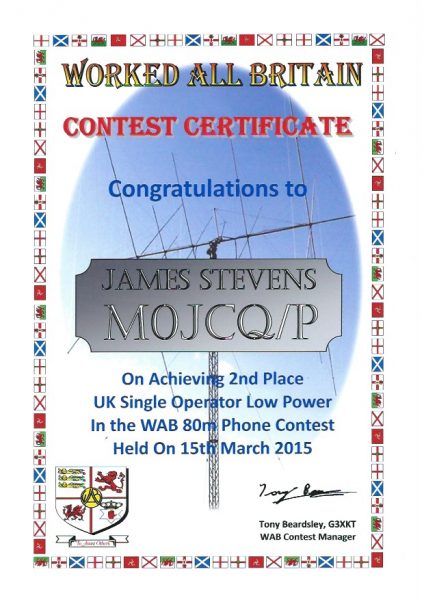 2 thoughts on “Worked All Britain Awards so far”