Butser Hill (G/SE-004) was to be my 3rd and final SOTA activation of this day’s tour of Southern English summits. After the HF issues on Black Down (G/SE-003) previously, I decided to activate this summit on 2m FM only.

Now the first thing you need to know about this summit is that it’s very popular with families, which means on a very sunny Sunday afternoon, it is packed with people! In fact this was about the busiest SOTA summit I’ve activated.
To be honest I could have found a quieter spot but I chose to activate at the Trigpoint (TP0316) because I wanted to do this in conjunction with the Worked All Britain Trigpoint award. This meant I was barely granted a minute’s grace to call CQ SOTA without families and groups of people gawping at me. 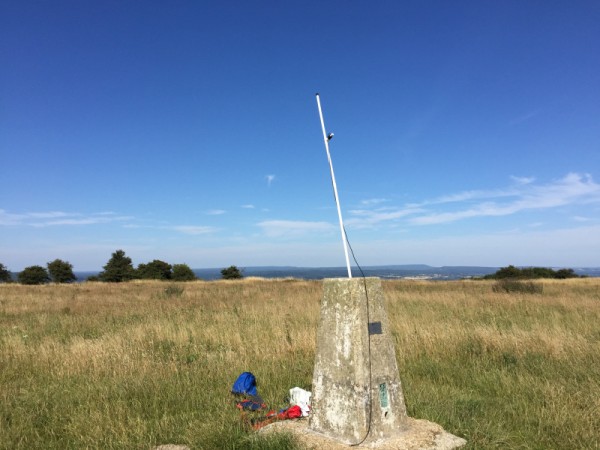 I decided to activate this summit on 2m FM and this would have been straight forward, but again I had a few equipment issues. I started using my Yaesu FT-270 which had activated my previous two summits this day and predictably the battery started dying after my second QSO with G6TEL/M. After finishing up with Steve I heard John 2E0ZBE down in Southampton call me at 56, but the battery was too low for him to hear me. No problem, I had a spare Baofeng UV-5R at my side so quickly switched rigs to complete the QSO…
This is when I experienced first hand the difference between these two handhelds and their front end receivers. Upon turning on I called John back and I heard him come back but at a 21, very intermittent and barely opening the squelch. He could hear me but I couldn’t hear him and there was no way to complete. Also there was quite a lot of pager breakthrough from the nearby commercial mast, which hadn’t affected the FT-270 at all. 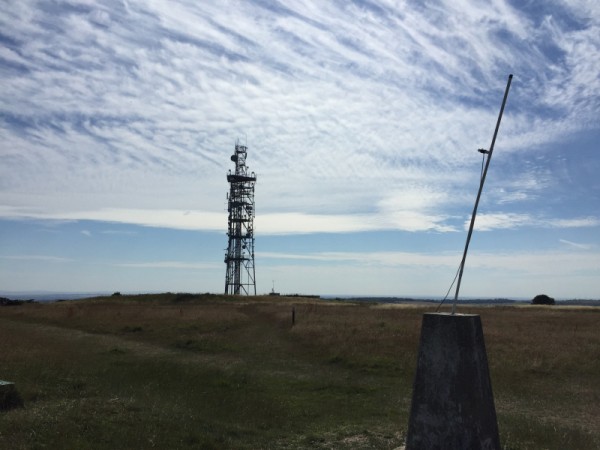 The backdrop to my operating location

Luckily I had a third option, my Elecraft KX3 also has the 2m Module installed, so I quickly set this up and John was up to a good 56 again! After this experience I have little confidence in the Baofeng’s receive capability and it won’t be coming with me on future SOTA activations.
Now with no further equipment issues I had another 3 QSOs and finished up for the day, having been thoroughly roasted in the strong sun and experiencing a number of equipment failures, I had successfully activated three SOTA summits and three WAB Trigpoints – job done – well just about! 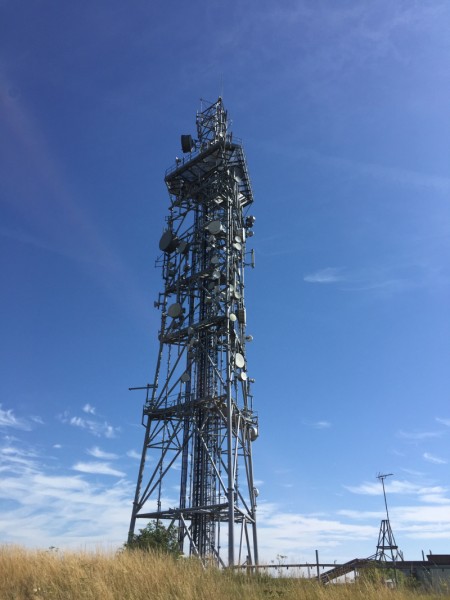 The commercial tower – would it cause breakthrough? Yes is the answer