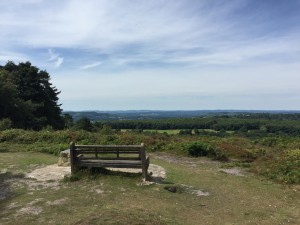 Bench with a view – would make a nice activation spot!

The SOTA summit of Black Down (G/SE-003) was my second of three summits on Sunday the 2nd of August. I headed here straight from my activation of Botley Hill (G/SE-005).

This summit is another pretty flat summit, I can imagine the activation zone is quite wide. I chose to operate from the well hidden trigpoint (TP1443) so that I could claim this for the Worked All Britain Trigpoint award. It took me about 20 minutes to walk here from the car park.

The trigpoint itself is well hidden and without my trusty Garmin GPS unit I don’t think I would have found it. It’s located some distance away from any of the main paths and even the paths leading to it were very faint and I often found myself scrambling through scrub and bracken. That being said unless you want to activate this summit for the WAB TP award then you don’t need to find it and the SOTA activation zone is quite large. 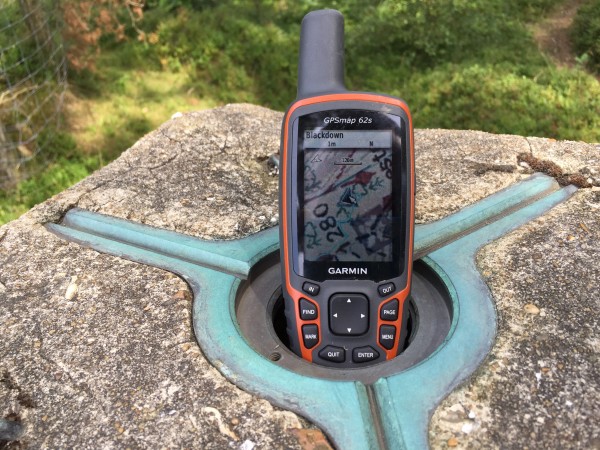 Found the Trigpoint at last!

I carried both VHF and HF equipment on this summit.

I initially started on 2m VHF, using my Yaesu FT-270 handheld with the SOTABeams 2m dipole. 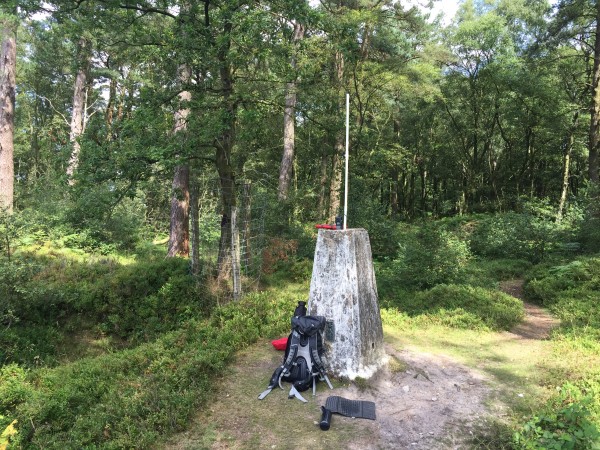 I kicked off this activation on 2m FM and started by calling CQ on 145.475MHz as some of my earlier contacts on Butser Hill said they would monitor to see if they could hear me. After a few calls this yielded nothing. The Trigpoint location and the summit in general is not great for VHF, but especially near the trigpoint I was located right next to thick trees and heavy foliage.

I moved onto the calling channel at 145.500MHz and managed to get through to Adrian G4LRP in Horsham. We completed our QSO down on 145.475MHz and after calling QRZ M0HYT called in from Southampton. Shortly after I also netted Kevin 2E1KJB down on the Isle of Wight. Three contacts down one to go!

After making a couple of calls on the calling frequency Alvin G6DTW in Ashtead called in, the magic 4th contact needed to activate the summit!

Happy I’d successfully activated the summit on 2m I turned my attention to setting up the HF rig: 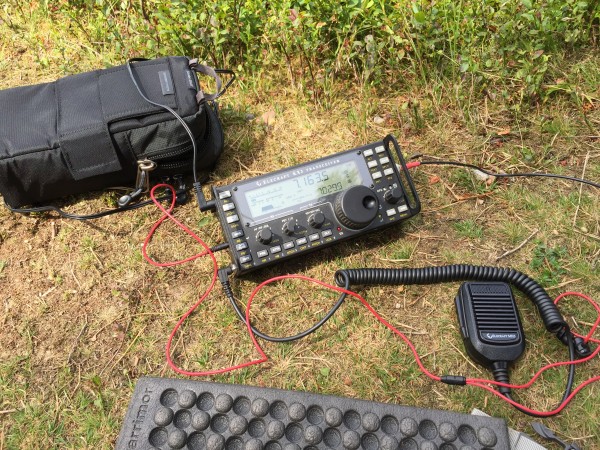 Elecraft KX3 Ready to go on HF – or so I thought! 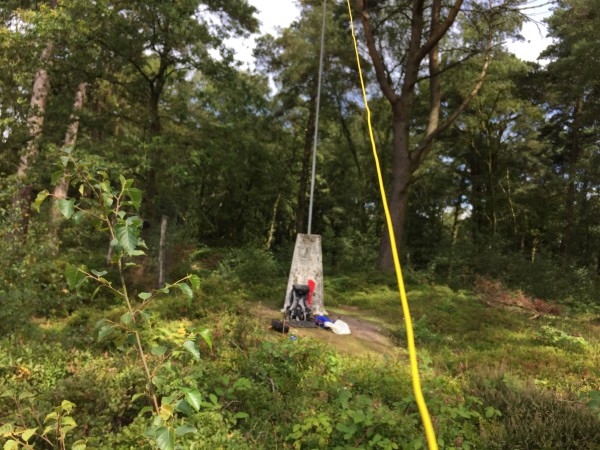 This is when things went a bit wrong! After setting up the Elecraft KX3 and the linked dipole I noticed a really really high SWR of 99.9-1 on 40m and 28.9.-1 on 20m. Seeing as the linked dipole is not new and is cut for these bands I assumed the dipole had a broken connection. After lowering the dipole I couldn’t see anything obvious, so I put it back up and retested… same issue again!
I switched the ATU back on and attempted to tune up on 20m, after sometime trying to find a match the ATU got there in the end surprisingly. I spotted myself on 20m and within 7 minutes I had another 4 contacts on HF, but something wasn’t right and as expected the signal reports I got back from the chasers were well down.
Coincidentally I fixed the issue the other day, it turned out the 2m Module coax cable inside had shifted position and was covering a toroid, leading to this issue.
At this point I decided to cut my losses and head to my last and final summit for the day over on Butser Hill (G/SE-004), just a 38 minute drive away via the A3.