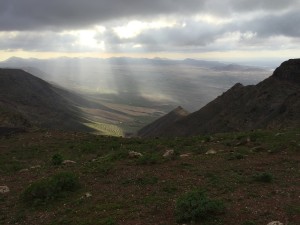 View from walk to summit

Peñas del Chache (EA8/LA-001) was my second summit of the day (7th Jan 2015) and I headed up here after lunch at a nearby village on the island of Lanzarotte. The drive up is scenic and involves lots of switchbacks up out of the valley. On arrival the clouds had gathered and with the wind it was surprisingly cold.

The most obvious thing about this summit is the military radar installation, which is placed smack bang on the peak itself. I chose to activate to the side of the base discreetly behind a pile of rocks. This was reminiscent of my activation of Serra de Foia (CT7/AL-001) in Portugal last year, but even more foreboding. Here’s a quick photo I took from the main road, I didn’t fancy getting my phone out much nearer the base!: 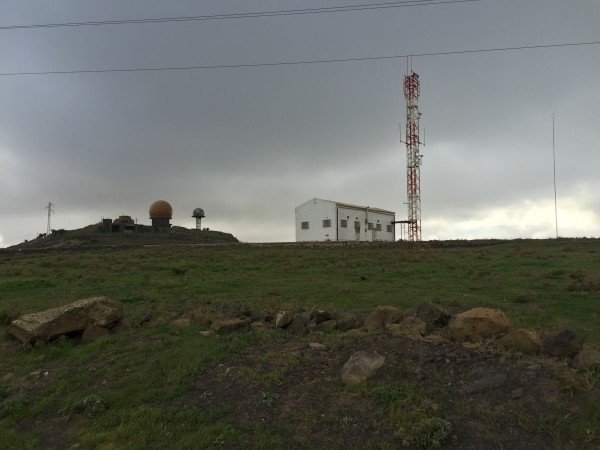 Here’s a quick overview of the activation:

With no other members of public in sight and no marked tracks I had reason to suspect my presence might not be welcomed by armed guards, with this in the back of my head I set-up quickly and quietly and most importantly out of view behind some rocks. I was most thankful for my small vertical with its low visual impact, putting up a fishing pole mast here with a big dipole would not have been discrete! 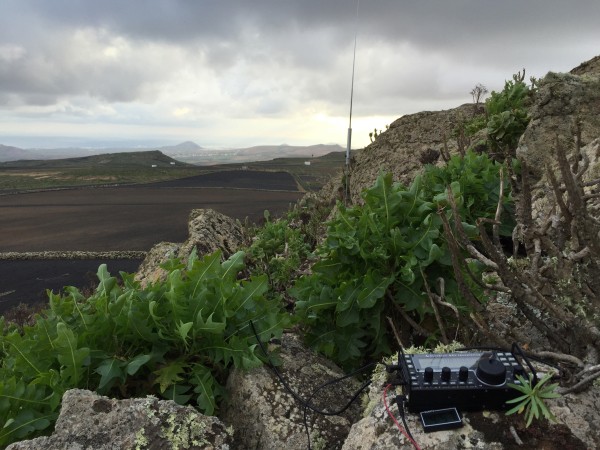 My chosen operating position – uncomfortable but discreet (big rocks between me & military base!)

I set-up for 17m and spotted myself via SMS and prepared myself for a pile up… but that didn’t happen! Instead I had a few sparse calls after every 3-4 CQ calls. Mike (G6TUH) informed me that there had been a solar storm just after I had packed up on Corona in the early afternoon and the bands were dead as a result.

After my eighth QSO I went QRT and packed up rapidly, before I had to explain to any armed guards what I was doing with all this radio equipment next to their Spanish Military radar installation! How do you translate Summits On The Air into Spanish anyway?

This was my least favourite activation on Lanzarotte and probably on the whole of the Canaries; mostly due to the proximity to the military base. I didn’t see any guards but it just didn’t feel comfortable and there was certainly no incentive to hang around. I was happy to leave and grab my two points without seeing any guns 🙂 I drove down to a much more welcoming seaside hamlet for my evening meal: 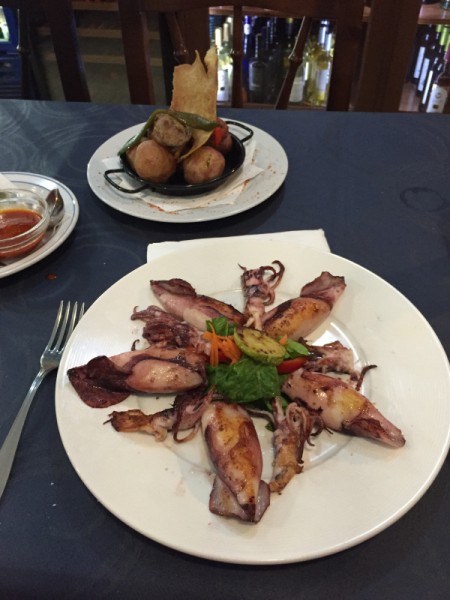 My evening meal of squid

One comment on “Activating a SOTA Military Base (EA8/LA-001)”