Did I Achieve My Amateur Radio Targets for 2014? 1 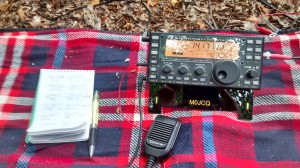 At the start of 2014 I set myself several Amateur Radio targets for the year, I did this because I’d spent most of 2013 getting through the amateur radio license exams and not really getting involved in the practical side of the hobby. When I set these targets they were made public via my Amateur Radio Targets for 2014 post. This was good as it made me more likely to achieve them when I’m held accountable.

This post looks at my targets and whether I achieved them, we’re almost at the end of the year and I think the target success is as good as it’s going to get!

I will caveat that progress on all of these targets started very slowly, with the first seven months seeing me mostly off the air! This was due to a combination of personal commitments and being a little fed up with it all after passing the advanced exam due to the intense & enforced study. 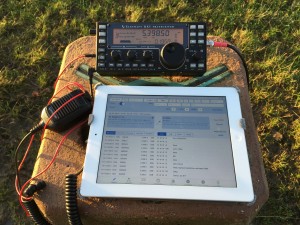 Oh yes! I have operated out portable more than I have from inside the shack, making about 250 QSO’s while operating /p using QRP of 5-10W SSB. Doing this has taught me just what some simple kit, low power and low noise can do! 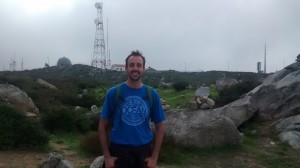 I’ve been interested in Summits On The Air (SOTA) since first getting back into amateur radio. The target was to activate a SOTA summit. This year I have activated four different summits including:

Activating SOTA summits also introduced me to pile ups with me on the receiving end. As someone new to SSB operating this was like being thrown in at the deep end, but I managed to swim and learned a lot quickly!

I’ve had a lot of fun doing this and there will be new SOTA related targets for 2015! 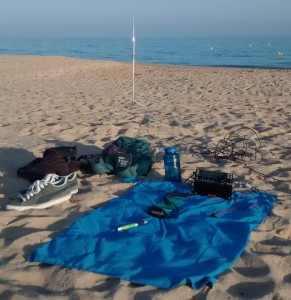 Originally I had intended to operate from Germany on a visit for my sister in laws wedding, but alas that didn’t work. I also started the year with a spate of visits to California, but I couldn’t organise my kit in time.

My final chance came with a holiday to the Algarve in Portugal. I packed my Elecraft KX3 and a light vertical when the XYL wasn’t looking and I was away!

I operated from the apartment roof, the beach and best of all Serra de Foia mountain which is also a SOTA summit!

The biggest challenge was getting the SLAB battery through airport security 🙂 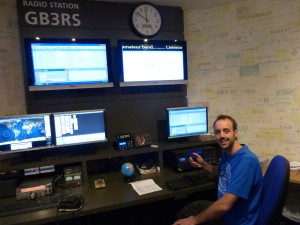 I have enjoyed SSB contacts a lot more than datamodes, especially on 40M where I can have some good Inter-G rag chews. Any sign of mic shyness has long since faded!

I’ve spent much time on 40M this year and have worked much of the UK but I didn’t do it with the intention of the WAB award and certainly haven’t joined any of the WAB nets yet. One day I’ll work out the WAB squares for my UK contacts and start the award scheme! 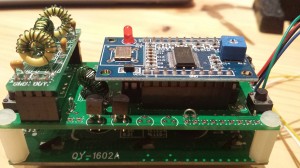 I purchased the Hans Summers Ultimate3 QRSS/WSPR transmitter in 2013 and built this during the dark nights of January this year (see my finished kit to left). I just need to get a suitable 5v regulator to test it using a 12v battery and hopefully this target will be complete.

I have been focusing on HF mostly this year, with VHF being firmly relegated. I have however completed this target; I made an FM contact on my Baofeng UV-5R handheld on 2M a couple of weeks ago and took part in the 6M RSGB UKAC contest in November.

I plan to do much more VHF work next year and take part in more UKAC contests.

In conclusion 2014 has been a very busy year, amateur radio took the back burner during the first half of the year but I really got back into it from September this year and managed to complete a lot of my targets.

I had a lot of fun completing these targets and learnt a whole lot of things about equipment, antennas and operating practice. I’m thinking about my 2015 targets now and look forward to all the new things I’ll learn about in 2015 🙂

One comment on “Did I Achieve My Amateur Radio Targets for 2014?”