One of the Best – SOTA Activation of Shining Tor 3 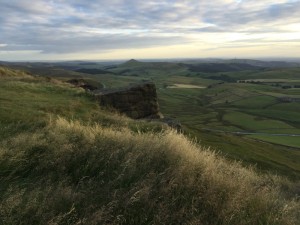 This was my second and final summit of the day (15th August) in the Peak District after activating Kinder Scout (G/SP-001) earlier in the day. Me and the YL arrived at the Cat & Fiddle pub car park at about 7pm, with the intention of a short walk and activation on Shining Tor before grabbing a well earned meal and ale at the pub.

This was our second attempt of the weekend to get to this summit, we had tried the previous day only to be greeted by such thick mist that we couldn’t see from one side of the road to the other! We had fortunately put the activation on ice and the visibility on this day was superb.

The walk up was lovely and took about 25 minutes at a relaxed pace, the clouds were breaking in a few places to reveal the start of a great sunset over nearby Macclesfield, Stockport and Manchester.

On arrival at the summit we understood why previous SOTA activators rave about this one, it truly it a great view from the Trigpoint over onto the cities from the edge of the Peak District. 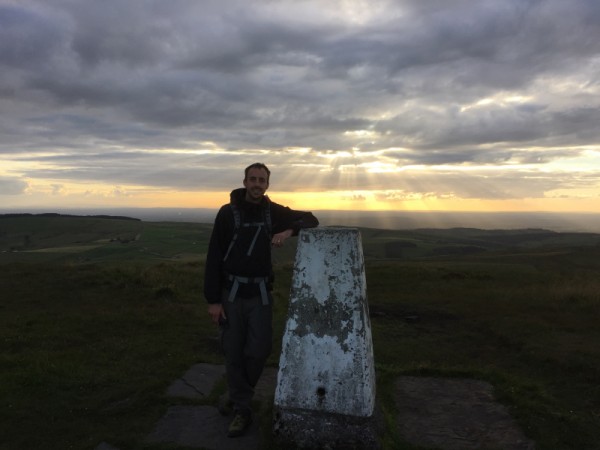 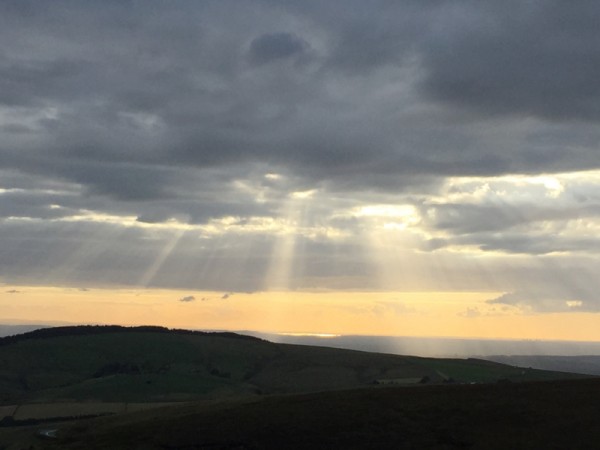 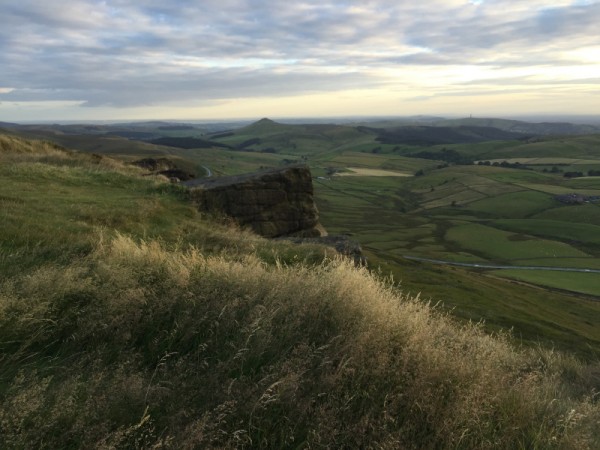 The Yaesu FT-270 handheld and SOTABeams 2m MFD dipole were quickly deployed for the second time today, using the nearby stone wall as a handy antenna support.

I operated near the Trigpoint (TP5950) so I could also claim this for the WAB Trigpoint award. 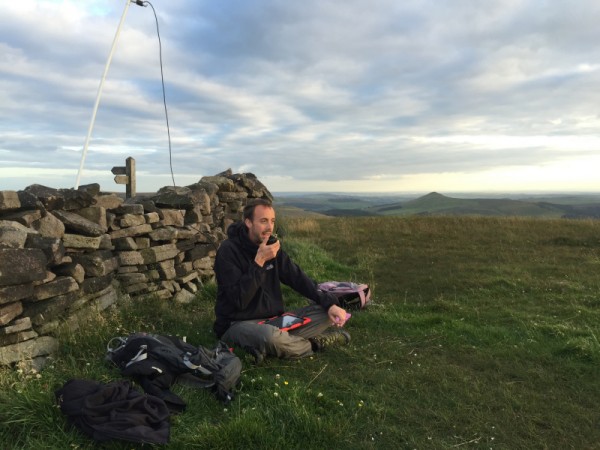 After spotting myself, I started calling on 145.450 MHz and I quickly discovered this is a very good VHF spot indeed. The contacts came in thick and fast and I quickly had my first ever 2m FM pileup on my hands!

Brian G0JCQ in Southport was the first in the log and to be honest I couldn’t believe how similar his call was to mine (M0JCQ). We had a bit of a chat and he also told me he knows of a G7JCQ in Liverpool. That’s 5 UK calls ending in JCQ (as I have M6JCQ and 2E0JCQ as well)!

After this it was non-stop with station after station. I’ve experienced numerous pile ups on HF SSB on other SOTA activations but never on 2m FM. I discovered one of the big differences; on SSB you hear all stations in a cacophony of noise but on FM you hear only the loudest station! This was unexpected and saw me having half copied a station, only for a stronger one to come along and blot the first one out! I’m sure this has a technical term but I’m new to FM!

Highlights were working two YL’s; Anne 2E0LMD and Dorothy G4VYP, both the better halves of Peter 2E0LKC and Brian G0JCQ respectively, who I had worked a little earlier. 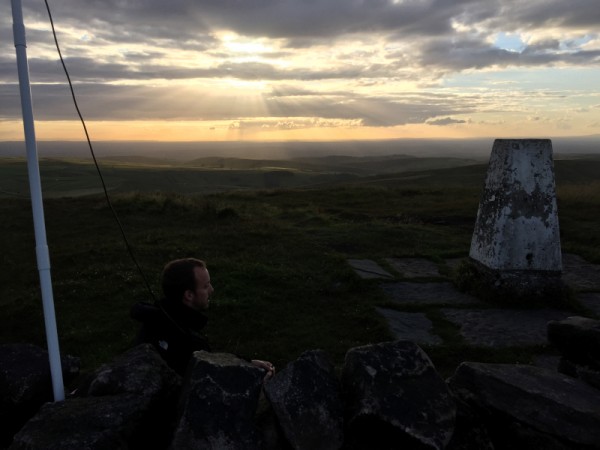 I thought about packing up as I had easily activated the summit and thought my YL might be getting fed up, but she was happy for me to continue as she was enjoying the sunset.

It was nice to get Rob G0HRT in the log on VHF for once, I have worked him many times on 40m but this was a first on VHF and in FM quality.
Before calling it a day I managed to have a QSO with one of my Twitter followers Dave M6RUG (@ThorpeDave) which was a nice way to end a really nice activation.
After this me and the YL decided to head back down to the Cat & Fiddle for some food and drink. Pie & Ale was definitely on the cards until on arrival we found they had closed for the night at 8:40pm on a Saturday night! We were gutted! In a rush to beat the standard “no food after 9pm” rule, we rushed towards Buxton in the car and just about managed to get a pie order in at The Duke of York pub with 4 minutes to spare!
I’m sure we’ll be back onto this summit at some point and will get that pie and ale from the Cat & Fiddle! 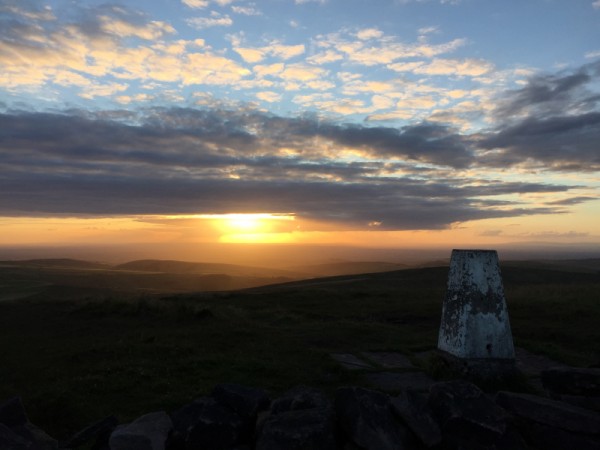