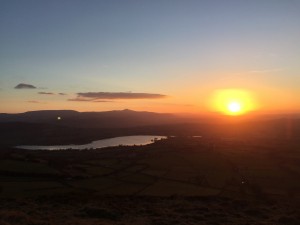 View onto reservoir at sunset

This was my 3rd and final summit that I activated on the 21st of March… which was a good job as I started the ascent at dusk!

After descending from Mynydd Troed (GW/SW-009) I reached the car park and started walking up the other side to this summit. The ascent up looked easy and quick, however when getting to the top I realised that it was not the actual summit, as it plateaus and the actual summit trig point is about another 1km in the distance. 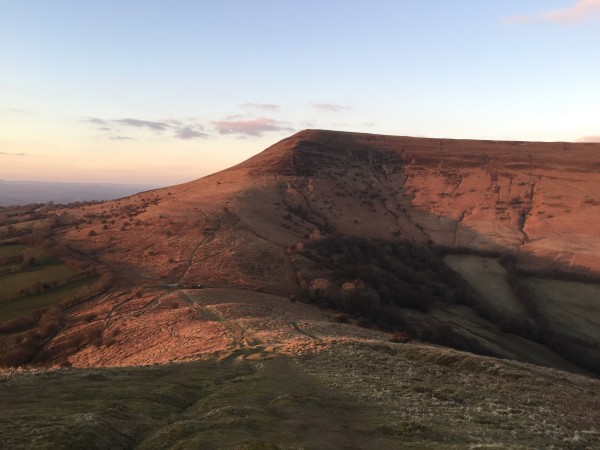 View over to Mynydd Llangorse (GW/SW-015) during ascent

Given the fact it was almost dark I started to take regular way markers on my Garmin GPS, so that I could follow them back in the pitch black after the activation.

Upon reaching the trig point (a WAB TP) I quickly setup in the inky twilight. 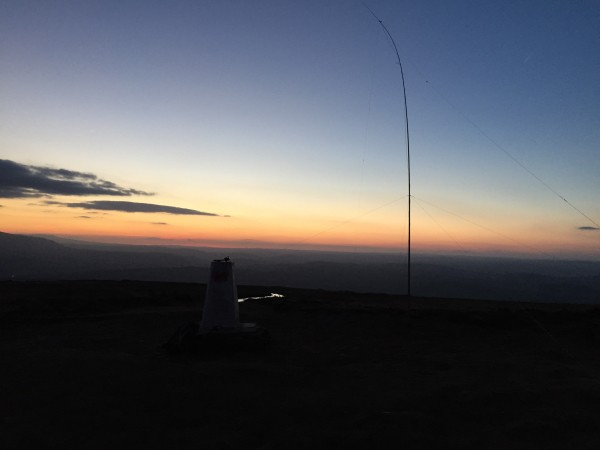 Dipole in the inky twilight 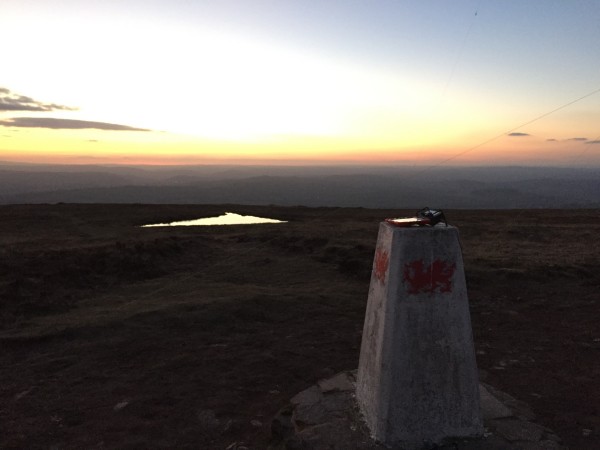 After turning on the Elecraft KX3 I heard to my horror Ukrainian contest QRM across 40m, which must have started at some point between me leaving the previous summit and arriving at this one! This made life quite difficult as these stations were very loud and across the band! I eventually sent my spot and started operating, M0IML was first in the log, followed by M0MDA, G0RQL, G6TUH and finally G0TRB. Everyone commented that it was hard to pull me out because of the heavy QRM and I had to concede and pack up after 5 minutes of operating! 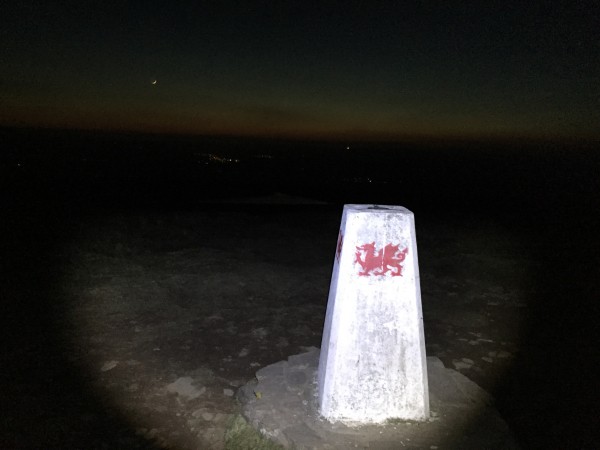 Leaving the trigpoint in the dark

I had one more contact than needed for a valid SOTA activation so I pulled the plug and started the descent back to the car park. Thankfully I didn’t get lost during the night time descent and drove to the B&B for my evening meal and well earnt rest.

2 thoughts on “SOTA Activation in the Dark: Mynydd Llangorse (GW/SW-015)”