On Friday night the station manager announced that she was intending to go running in the South Downs, with a running club in the Brighton area on Saturday, thinking quickly I recalled seeing some SOTA summits down that way. A few minutes later I’d checked and Ditchling Beacon (G/SE-006) was about a 1.5 hour walk from Hassocks train station: 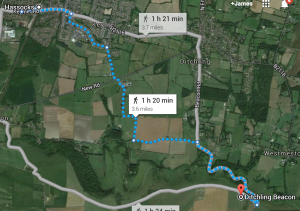 The plan was set to activate the summit while the XYL went running, a perfect compromise as we both get to do what we love, her running and my activator participation in Summits On The Air.

The rest of Friday evening was spent preparing equipment for the unexpected activation.

Come Saturday we took the 2 hour train journey to Hassocks, when we arrived she went to her running club and I started the walk to the trig point.

I had previously walked this route and I once again followed the same walking route (Hassocks to Lewes) – but only following the walk from instructions 1-15 and then returning back to Hassocks the way I came).

Here are a few pictures of the walk up to the summit:

The activation point is very easy to find on this summit. It’s just to the right of the South Downs Path (if coming from Hassocks) or to the left, if you’re feeling lazy and activate it via the car park 2 minutes walk away!

I made a video at the Trigpoint along with an overview of my set-up:

It’s got the standard triangulation point with plenty of wooden posts near the perimeter fence to support an antenna: 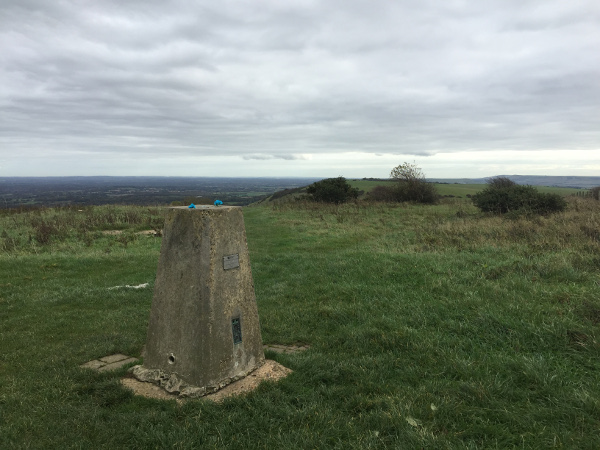 The Ditchling Beacon Trigpoint – The Wooden Fence Posts are behind me!

It can be really windy up here as the sea is only a couple of miles away and although it wasn’t nearly as windy as my first visit i chose to set-up behind the shelter of some bushes, about 10 meters from the trigpoint. The benefits of this were two fold, the trigpoint and the South Downs Way path see a lot of walkers, so this spot was much quieter and as a bonus I was sheltered from the wind.

I knew that the CQWW SSB contest was on this weekend, so this ruled out all non-WARC bands as I wanted to give SOTA chasers a chance of making contact and also make sure my 5w of SSB was above the contest noise floor! I chose to opt for my adjustable vertical antenna for 17m and 12m, this ruled out any inter-G QSO’s, but i fancied the chance of some QRP DX this time.

I took my Elecraft KX3 and used my iPad for logging. Here’s a few pictures of the set-up: 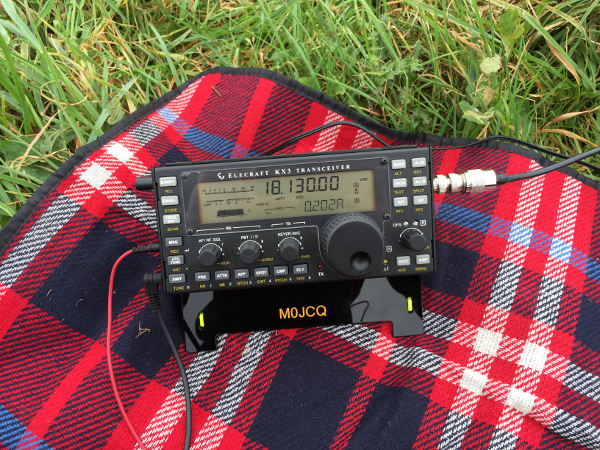 Notice there’s no noise floor? The joys of SOTA! 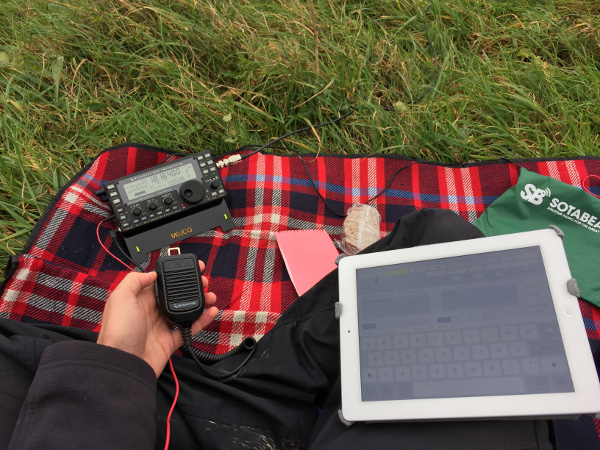 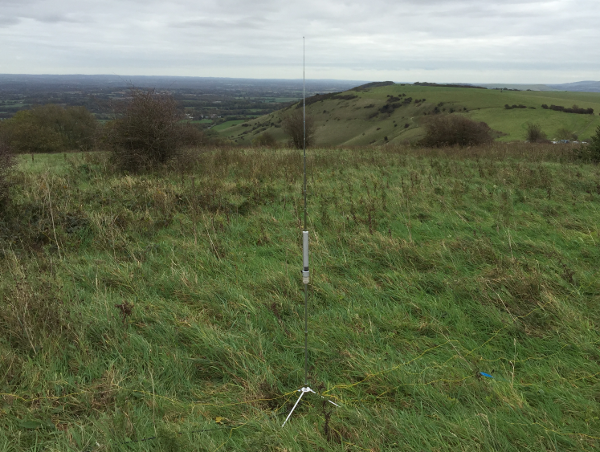 Vertical with a View

The QSO rate was down on previous activations due to no inter-G QSO’s, but instead I made 13 contacts in a few hours of leisurely operating. I started on the contest free 17m WARC band and after spotting myself I received a number of contacts from chasers in Spain, Slovakia, Czech Republic and Slovenia. This was bought to an early close by a Sweedish station who swamped my signal – oh well the life of a QRP op!

After this I decided to give the 12m WARC band a go and made 3 contacts with Italy, United States and Canada – bands are in good shape it seems! The contacts dried up quickly though so I needed something else.

I knew the 10m band hadn’t been activated from this summit before and given 12m was open I thought I’d give this band a go. After adjusting my vertical for resonance (again!) I found the band to be wide open but extremely busy with the CQWW SSB contest. The thought of running as a QRP op was a non-starter with 5w, so I adopted a search and pounce tactic… this proved to be hard work!

Contesters usually run as much power as possible, meaning this combined with an extreme noise floor caused by contest QRM meant my 5w wasn’t making much of an impact and very few returns to my CQ responses. After some perseverance I had 2 QSO’s with Croatia and Russia. By this point i was cold and decided to call it a day!

This activation was last minute and unexpected, so it was a pleasure. The walk from the summit and back was very nice in the autumn countryside and although the summit is only 1 point, it’s another local(ish) SOTA summit ticked off the list.

I missed the inter-G contacts by choosing the 17m/12m/10m bands, but made some nice QSO’s around Europe, Canada and the US. Thanks to all the chasers as always, you guys make it possible.

I enjoyed the day out and would recommend the walk up from Hassocks instead of driving to the very convenient, but unchallenging car park near the summit!

The only negative was that I cross-threaded my vertical when dismantling it, damn it! Just before I did it I was thinking i should really grease the joints as there was a bit of friction, a couple of seconds later this idea was validated! I’m going to try in earnest to remove the two sections, otherwise this antenna is going to a lot less convenient to carry around poking out of the top of my rucksack! 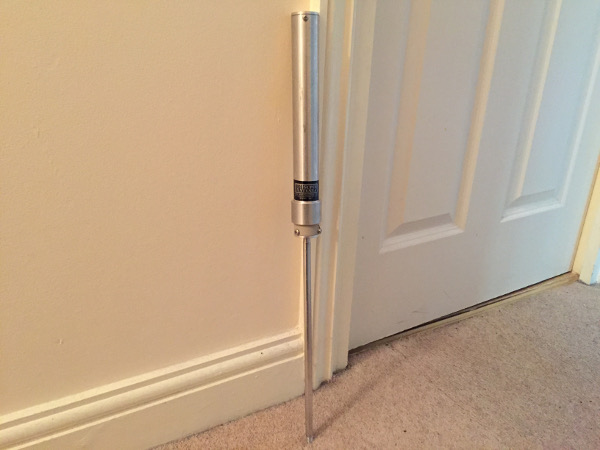 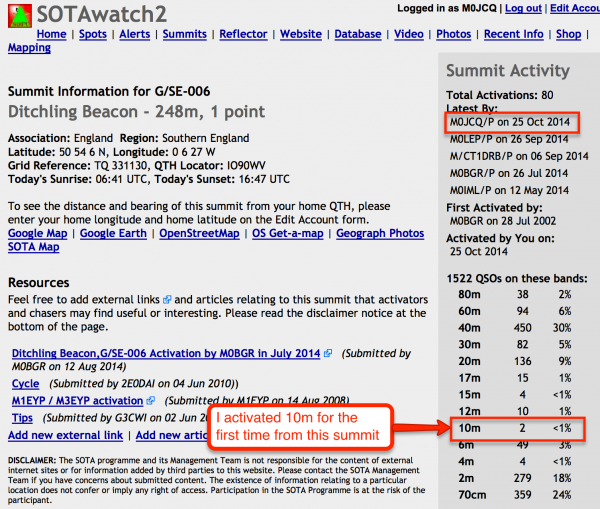 One comment on “SOTA Activation of Ditchling Beacon (G/SE-006)”