While staying in the Basque region of Northern Spain we decided to take a drive/walk into the mountains, this coincided with a visit to the SOTA summit of Oiz (pronounced Oith). This summit is just over 1000m ASL (we were staying at sea level, in the small fishing village of Mundaka) and is worth just 4 points. this gives you an idea of the scale of the mountains in this region. Quite spectacular SOTA territory!

We drove up the precarious mountain roads and parked in the lay-by next to “Balcony of Basque”. This resulted in us walking much further than we had to. Before getting to this there was a turning with a sign for Oiz. We ended up walking up this road anyway, but noted a number of cars driving all the way up, be warned though the road is very steep, but you can park next to the chapel which only leaves a 10 minute walk to the summit. Our walking time up? 1.5 hours of steep ascent! 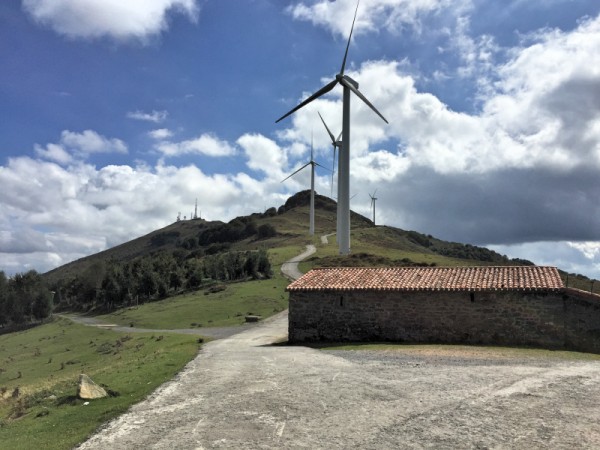 The Chapel which it is possible to drive to

You seriously can’t miss this summit as it is plastered with wind turbines and commercial masts, it was very visible from where we were staying on the coast, despite it being about an hours drive!
Using the Garmin we walked right up to the top of the summit, where we found a trigpoint and a summit marker: 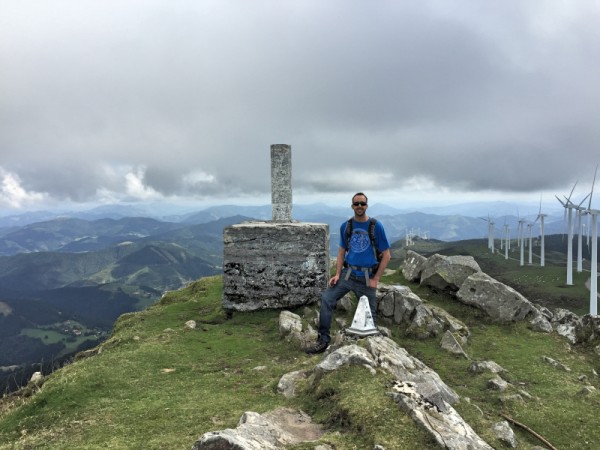 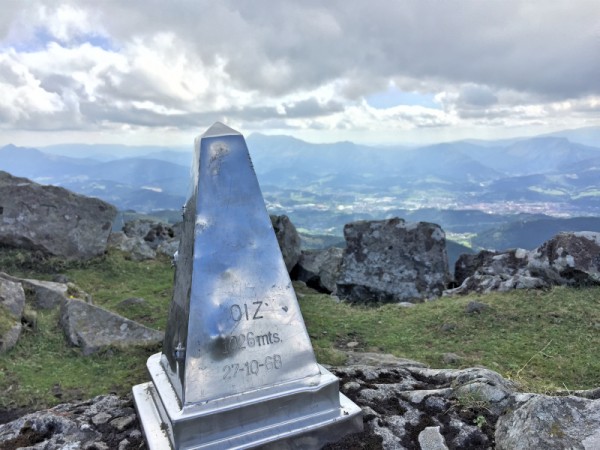 The view from up here is spectacular, on one side you can see right down into the valley, all the way to the sea and on the other side you have a magnificent mountain range. 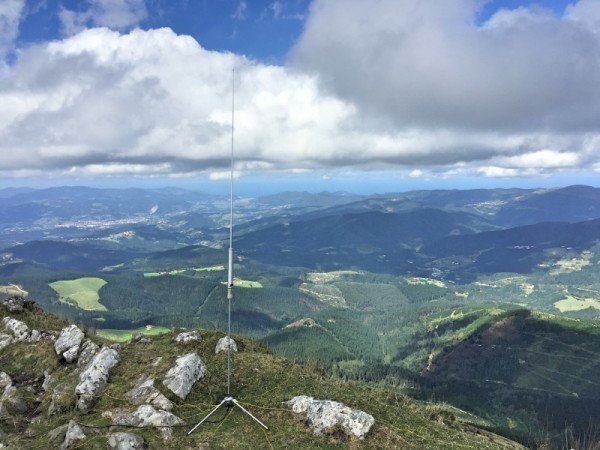 Vertical with a view from the summit of Oiz

While my YL proceeded to start on our picnic, I setup my Yaesu 817 and SuperStick vertical antenna. My first mistake was not checking the settings on the 817 and not being familiar with the manual.
I hadn’t used the 817 since an RSGB 2m Backpackers contest and it was set to an output of 2.5w (max 3w allowed in the contest). I forgot this and thought it was set to 5w!
Despite only using 2.5w SSB on 20m I managed 6 contacts. The first station in the log as EA2/M0JCQ/P was EB2JU via ground wave, not exactly DX and indicative of the bad band conditions (which were to get much worse the following day during another activation). Swiftly after I logged Austria, Czech Republic and Slovenia before I had run down the pile up… slim pickings indeed for a weekend SOTA activation on HF!
This was disappointing as I chose 20m to get back to G, but my meagre 2.5w and poor band conditions had denied me this. 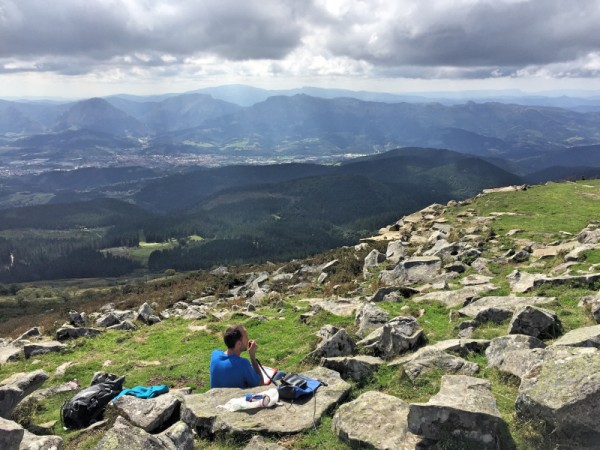 My operating location on Oiz – what a view! 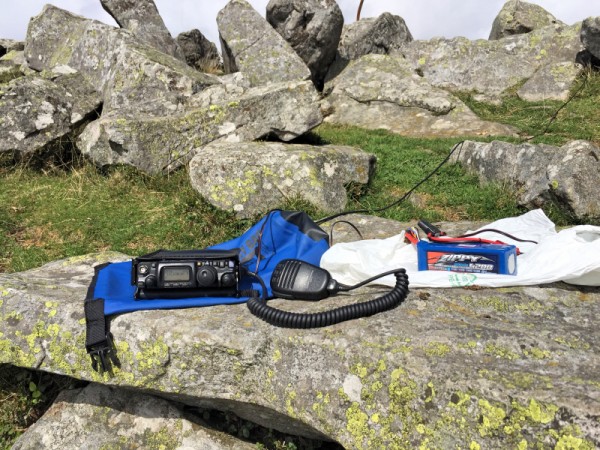 After 6 contacts I tried putting a few CQ calls out on 2m FM using 145.575 which EA2CW had informed me was the local SOTA frequency. Unfortunately no one came back to me, but then again I didn’t spot myself as lunch was looming and the YL was waiting.
This was a nice activation despite the poor radio conditions, but the view and walk certainly made up for it! 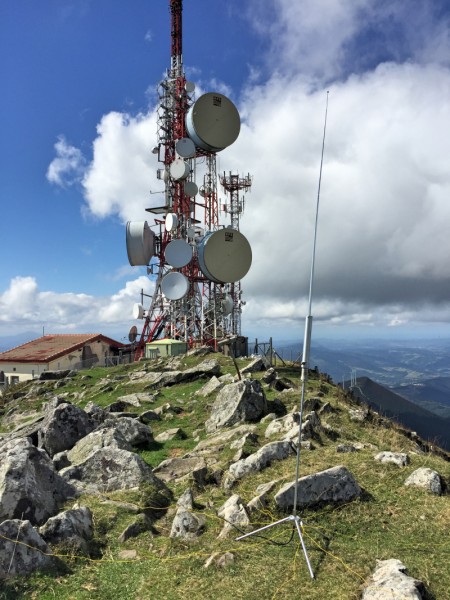 No breakthrough was noticed from the commercial mast, despite the close proximity