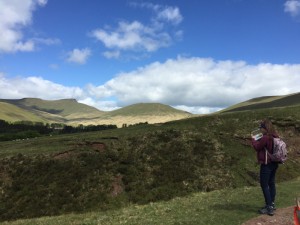 Me and the YL drove over to the Brecon Beacons at the end of May for a long weekend of walking and I managed to squeeze in a few SOTA activations as well… in fact one every day we were there!

We woke up early on the 28th of May and drove from Hertfordshire to Pen Y Fan (GW/SW-001). This is the highest mountain in Southern Britain at 888m (8 Points) and arguably the most visited as a result!

We didn’t want to park at the Storey Arms car park and follow the rest of the tourists up the shorter, but much busier path to the summit. Instead we decided to follow the Horseshoe Walk for a delightful 7 mile walk that climbs up past a reservoir up onto Pen Y Fan and then across to Corn Du and then further along this magnificent glacial ridge. 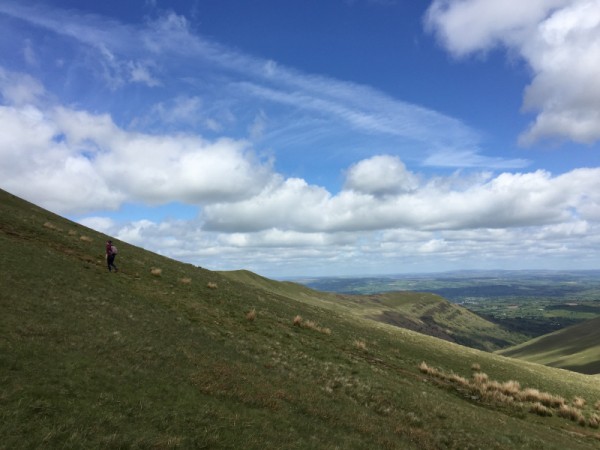 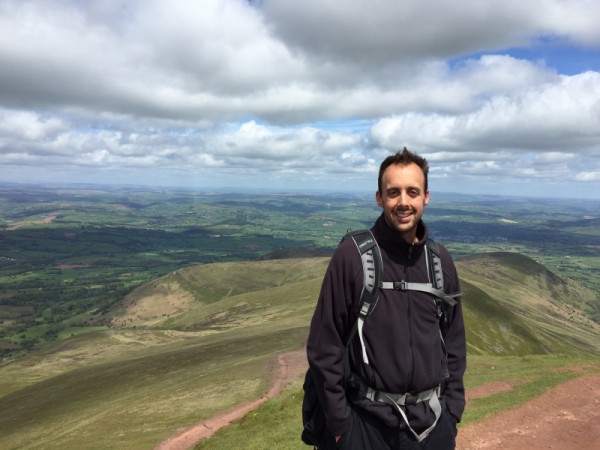 After climbing sharply up to Pen Y Fan we were somewhat surprised to see so many people on the summit, as our path had only seen us pass some a handful of hardy walkers. Suddenly we were confronted with 50 odd people including families with kids! It seems like the shorter path is easier than the route we took up! After waiting our turn we had our photo taken at the summit cairn: 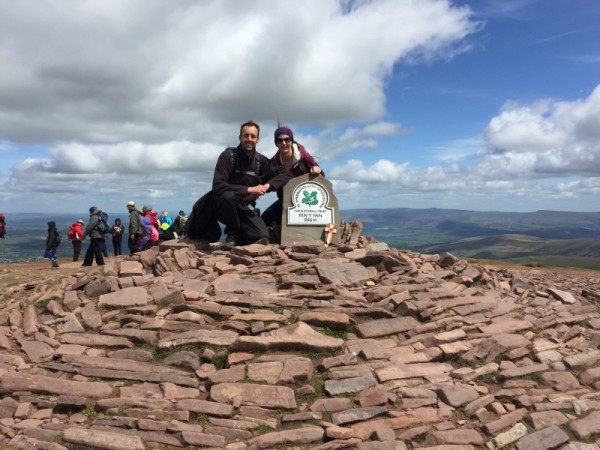 Me & the YL at the summit cairn

As a result I chose a spot away from the summit cairn to distance myself from the hordes. The summit offers quite a wide activation zone and I’d recommend staying clear of the cairn for safety reasons.

Despite it being the end of May the summit was quite cold and with a strong wind blowing we didn’t fancy hanging around for too long. I setup the Elecraft KX3 and 40m dipole for a quick activation.

Upon spotting myself I found 40m to be in strange shape, with very few of the usual G chasers making the log after G6TUH (strangely a weak signal) and the nearby GW4VPX (groundwave contact?). After this I had a further 3 contacts on a longer skip into Belgium, Spain and Ireland.

After netting 5 contacts and activating the summit I packed away so that me and the XYL could continue our walk and have some lunch while on the adjacent Corn Du summit.

The views are spectacular from Pen Y Fan and if you like walking then follow the Horseshoe route as it’s great, if you’re here just to activate the summit and leave then start from the easier path at the Storey Arms.