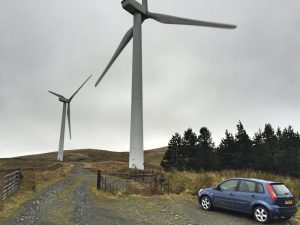 This was the second day of my Storm Desmond SOTA activations in Mid-Wales (see Plynlimon and Drosgol activation reports) back in December 2015.

Unfortunately the weather was looking even worse than the day before from the B&B! After a full English (or should that be Welsh?) breakfast I set off towards the summit of Pen Y Garn (GW/MW-004) which took about 20 minutes to reach. I intended to park at SN791753 (by the gate – just past turning for house), but by lucky mistake I never found this and entered the forestry commision road where I arrived much nearer to the summit (see parking detail below). 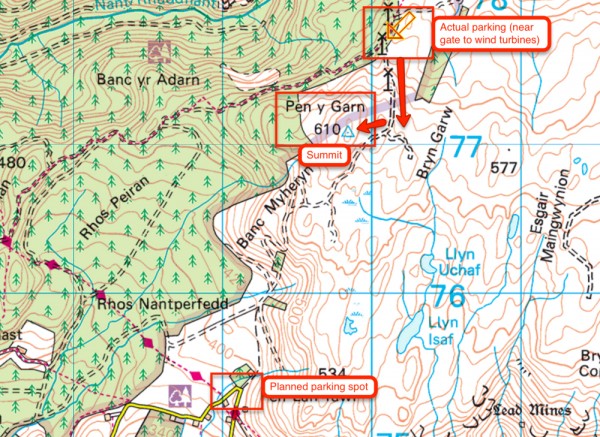 Inevitably the WX was still windy as hell. Ever tried a SOTA activation during gale force winds? Well, let me tell you it’s an experience, but not necessarily a fun or comfortable one!

After a short and mild 15 minute walk past the scary wind turbines – extra scary during high winds – I arrived at the summit and sheltered in the spiral cairn, which was lucky because it was hard to stand up right outside of it on the summit! I’ve no idea of the wind speed, but I’m 6.4ft and it was strong enough to blow me over, so in conclusion not great WX for a SOTA activation. 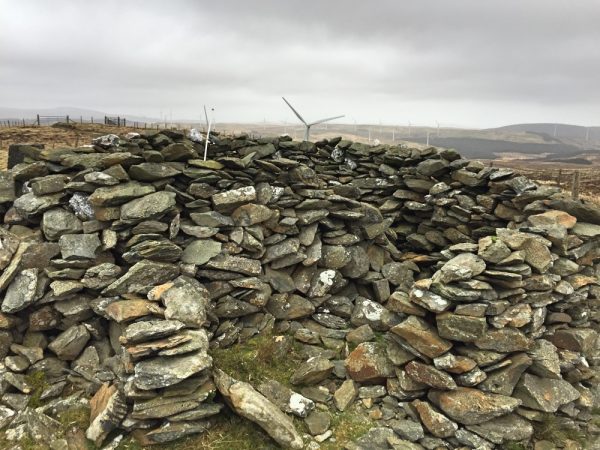 Very useful cairn shelter with a spiral configuration – designed to deal with any wind direction!

I’d wanted to activate this summit on HF, but erecting a fishing pole mast with a dipole and keeping it up in the air would be a real challenge. With this in mind I decided to activate on 2m FM using a small vertical dipole from inside the summit cairn: 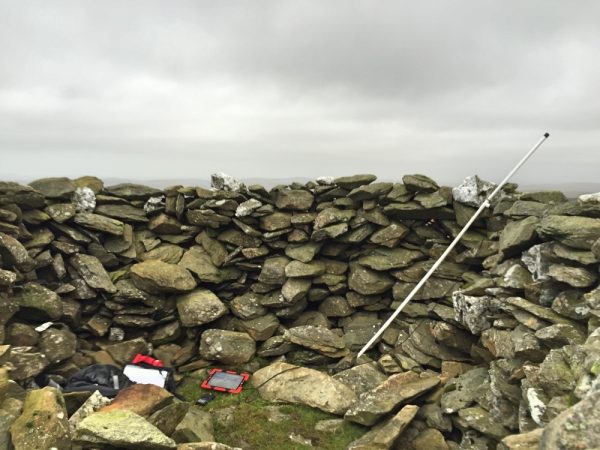 I wouldn’t recommend this antenna configuration

Even keeping this small 2m vertical upright was a real challenge, hence the sloping configuration! I knew the activation was going to be a struggle with such a lousy setup, but as an activator you just have deal with the curve balls thrown at you. The antenna did break several times during the activation (plastic plumbing pipes aren’t good in storms it would seem). 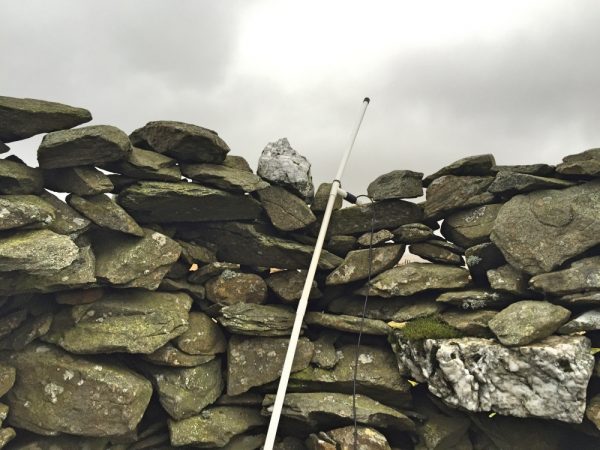 The vertical dipole in maybe the worst location – but the only location given the storm!

The activation was slow, even after spotting myself. First of all the antenna was at a useless height, with a stone cairn all around it and secondly I assume a lot of stations had lowered their masts due to the storms! I averaged one call every 10 minutes until I had the minimum 4 that I needed to grab the activator points (7 points including the well earnt winter bonus).

Standing up at one point to fix the antenna led to my sit matt getting blown away, thankfully it was caught… 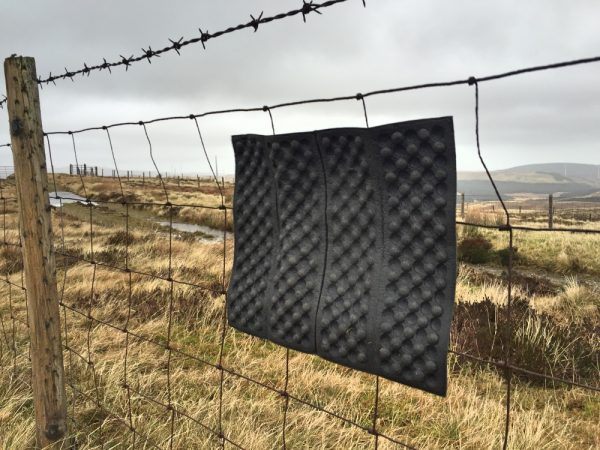 My sit matt, blown away about 20m, caught by this fence and held there for 20 minutes by the wind!

Certainly not my best activation in terms of contacts, DX and conditions but I was still proud I managed to activate the summit against all odds!

If you worked me on the summit, thank you very much!

I had planned to activate another 2 SOTA summits before heading home, but given the conditions I decided to cut my losses and start the long drive home early. Wise decision it would seem, as parts of the motorway had been closed due to storm related accidents 🙁 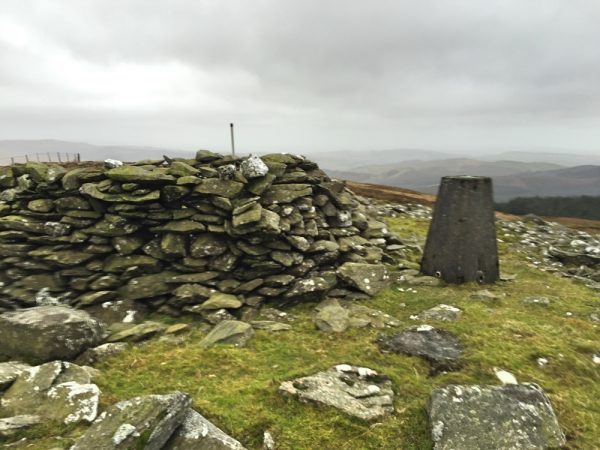