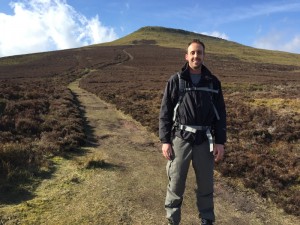 On Saturday 7th of March I managed to grab a quick SOTA activation of Sugar Loaf Mountain (596m ASL – GW/SW-011) during a 20km walk in the Welsh hills with my wife. It was her birthday weekend so SOTA was definitely not the focus and she was gracious to let me activate this hill as we passed through. This was appreciated as this summit during the SOTA winter bonus season is worth 5 points (2+3 bonus pts)!

We walked the 4km ascent to the summit, which is in itself one of the more impressive that I’ve visited in the UK. The summit really is quite pointed and is visible for some distance around. This picture of me at the summit trigpoint (WAB TP6243) should give you an idea of what I’m talking about: 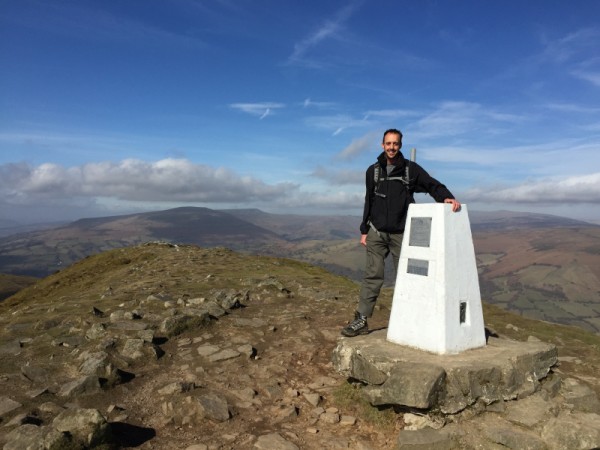 The summit is a busy one with many walkers and is quite narrow so it’s quite hard to setup here for HF. I staked out the 40/60/80m dipole along the ridge, out of the way as much as possible (not easy!) and set-up the Elecraft KX3 for 40m SSB. My wife kindly filmed me mid-QSO with M6GFF; this will give you an idea of the amazing operating view I had from up here:

In a rush I typed the summit reference in the incorrect format for the UK SOTA SMS spotting service, typing GW/SW-011 instead of “gw sw011” so my spots never appeared on the SOTAWatch site! Of course as an activator without mobile internet on a summit you don’t get any confirmation as to whether the spot went through or not! I only realised the mistake after leaving the summit as I was scratching my head as to where the pile up was. The four QSO’s were made the traditional way by calling CQ and snagging stations stumbling across me.

Thanks to the following stations for enabling me to activate the summit: 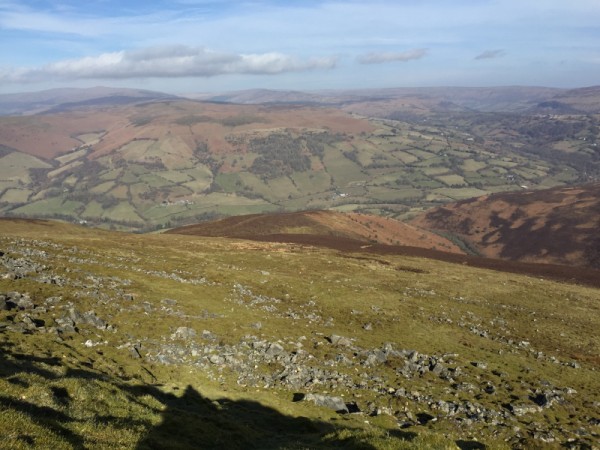 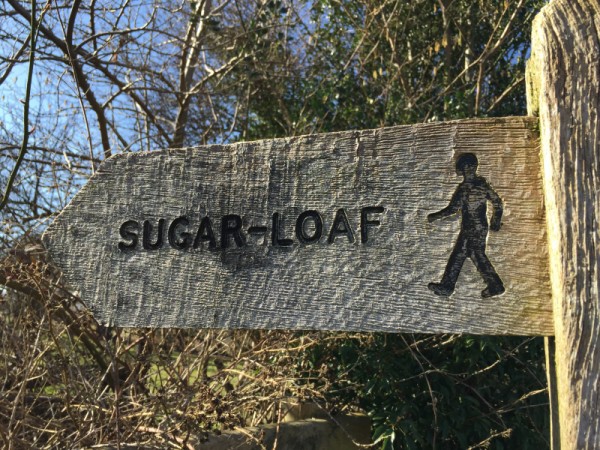