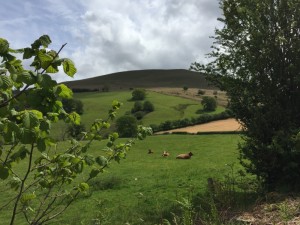 View back onto summit after descent – it’s come out nice again!

Tor Y Foel (GW/SW-013) is 551m high and worth 2 SOTA points. I activated it on the last day (31st of May) of a long weekend in the Brecon Beacons. We had been in the Brecons for 3 days and had done 3 long walks (and 3 SOTA activations!), so this one had to be a bit shorter and more importantly on the way home.

We drove to the nearest village of Llangynidr for a small(ish) circular walk up to the summit and back down again. If you’re only interested in activating the summit there is a small road that runs around the base of the summit near the reservoir which would make for a good starting point.

The walk up the summit from our approach was a long and gradual ascent, every time we thought we were arriving at the top the path would extend up again and again. During the walk it rained and when it stopped there were still nasty looking rain clouds around. On reaching the summit not only did the surrounding rain clouds look bad but the wind was blowing a gale!

My YL gave me permission to activate the summit as long as I was quick, so I proceeded to scout around the summit for some shelter. I eventually settled on a ditch to get out out of the worst of the wind. This increased the temperature significantly and got me 20 minutes in which to set-up and activate. 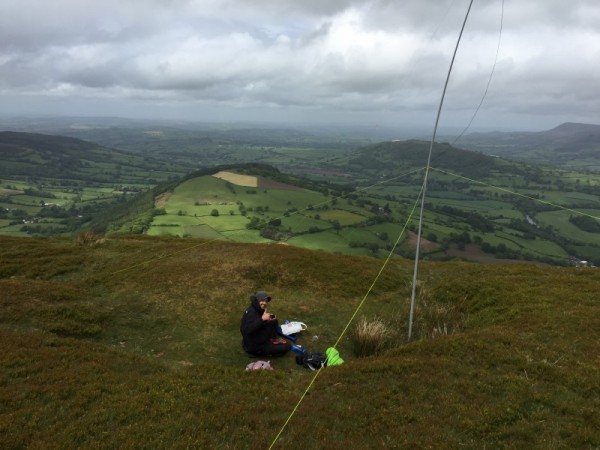 A glimpse of sun while operating from Tor Y Foel

I chose the 40m band for a quick activation and after spotting myself via SMS I had a nice run of contacts with G4YWL/M and G4TSQ/M making it into the log first, they were out together in their car and simply passed the microphone to each other to work me. Soon after I had Holland, Germany and a few of the regular G chasers in the log. 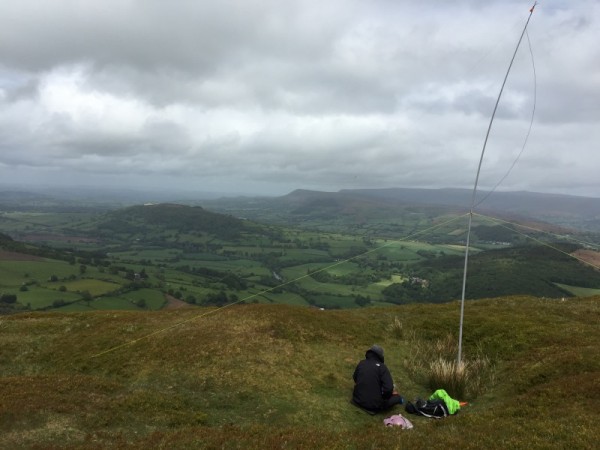 After 12 minutes I’d made 11 contacts and had easily activated the summit. This is the great thing about SOTA is that once the chasers see your spot online it’s very quick to make contacts, if I had to hang around calling CQ repeatedly the YL would be a lot less happy about things! 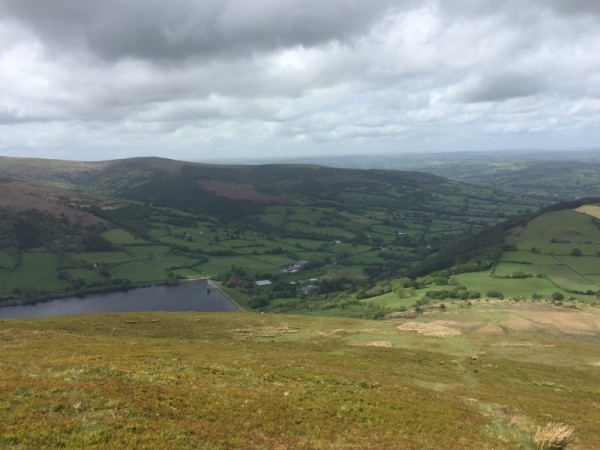 View onto Reservoir from Summit

After packing up we descended down towards the reservoir and continued our walk back to the car. The weather had cleared up a lot and we even had some sunshine. My YL said that night she went to sleep hearing CQ SOTA CQ SOTA! 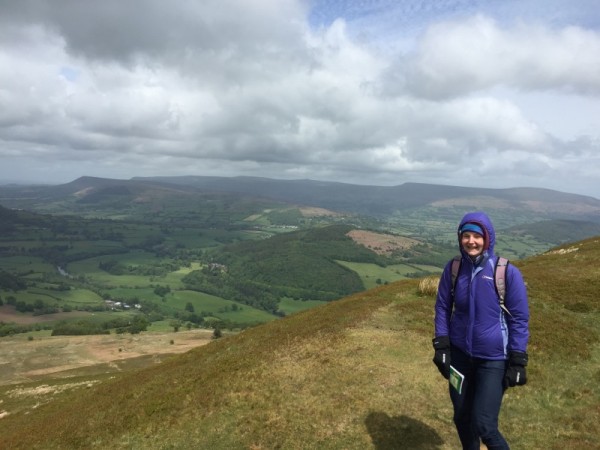 YL Posing at Summit – wrapped up nice and warm for activation

This activation wrapped up a weekend in the Brecon Beacons nicely and was a nice quiet summit where we hardly saw anyone else. I’d come back here, especially in winter when the winter bonus would make it worth 5 points.