On A lazy Sunday we decided to go to Playa Laga beach which was near our accommodation in the Basque sea-side village of Mundaka. The weather was glorious and I knew our restless nature would mean that in the mid-afternoon we’d want to do something else, not to worry, there’s Ogoño a SOTA summit located high above the beach! 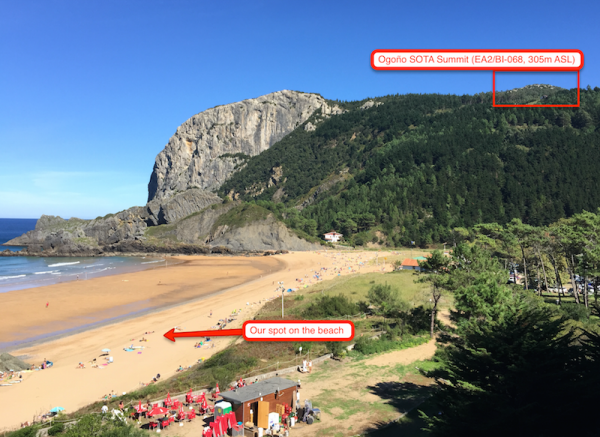 Why couldn’t we just stay on the beach?

We started our walk from a lay-by before the settlement of Leunbe Auzoa. Really we could have driven to the settlement and saved ourselves an extra 1km walk each way! 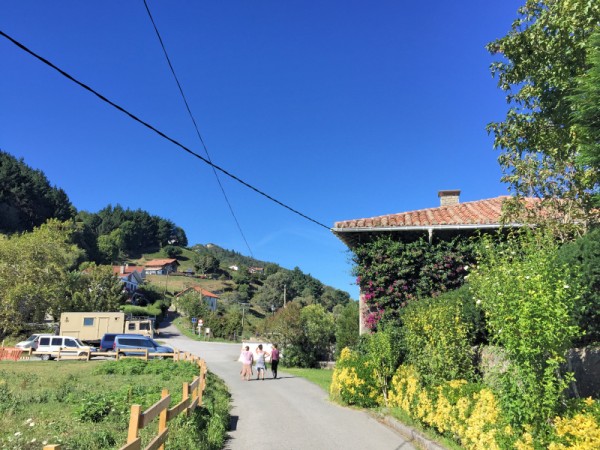 We followed a trail leaving the village, which was very clear, then taking a signed turning marked ATXURKULU, which we later found out was the Basque name for the summit: 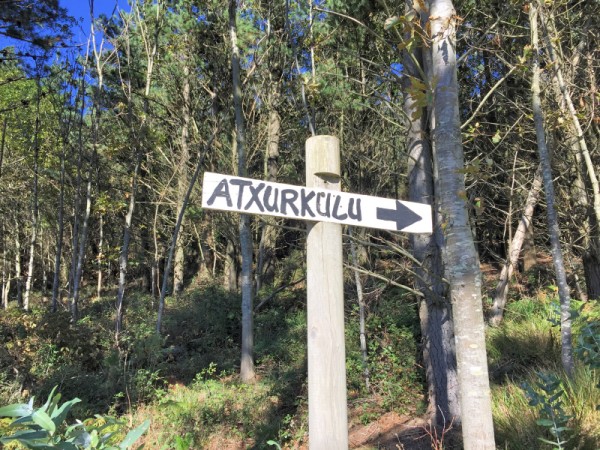 This path led us steeply uphill before becoming a bit of a rock climb all the way up to the summit.On reaching the summit we found a trigpoint and several summit markers: 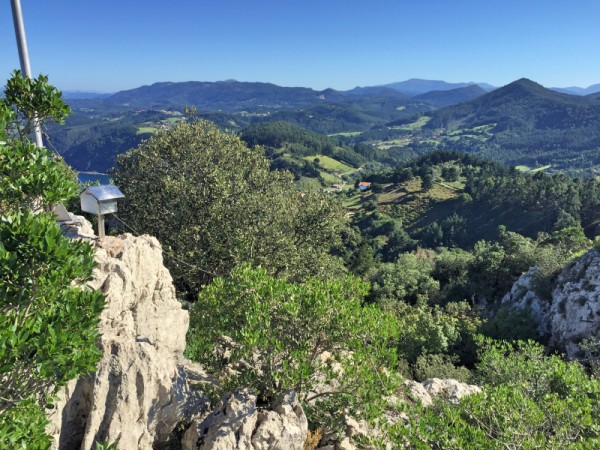 On top of Ogono 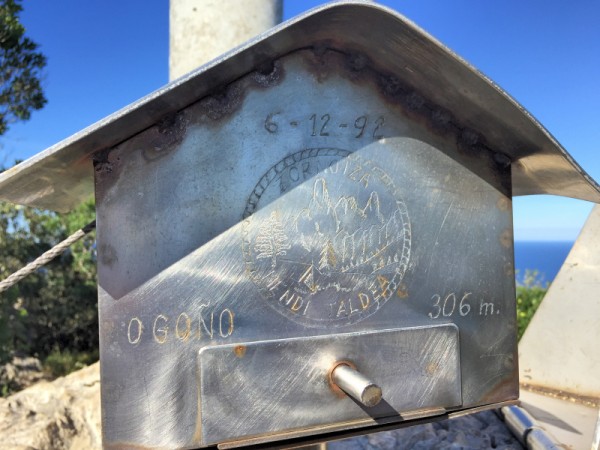 We could also see that this summit is almost entirely surrounded by the sea, literally being perched above it on a sheer cliff rising out of the sea. This makes it pretty unique for a SOTA summit and I think of it as a kind of SOTA-on-sea and very pleasant it is too!

The summit itself is small, narrow and marked by sheer drops each side, this made setting up particularly difficult and I was forced to chuck a few of the vertical radials down the vertical drop! I was very glad for the small footprint of the SuperStick vertical on this summit as I’m not sure it would have been possible to put up a dipole here. 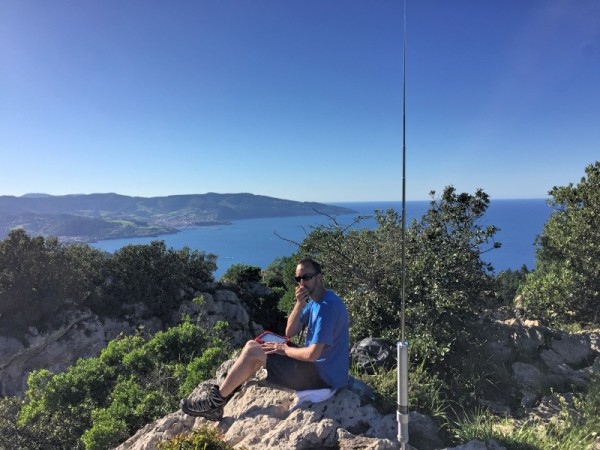 Once again I setup my Yaesu 817 for 20m SSB and expected the going to be tough after the previous day’s activation of Oiz (EA2/BI-009). I had also read about an impending solar storm hitting earth and I still hadn’t realised I was only running 2.5w out of the 817!

These fears were realised after spotting myself and only hearing local EA2 stations coming back to my calls, I presume these were all via groundwave. ES5GP (Finland) was my 4th and final contact needed to activate the summit and was my one surprise contact that came in via F propagation.

Considering my lack of power, quite high SWR (due to poor radial positioning) and the later confirmed solar storm I was luck to activate the summit and was very thankful for the 3 EA2 stations that managed to find me and the random Fin! Despite spotting myself I heard no SOTA chasers!

I will remember this activation for the view and position rather than the radio operating! 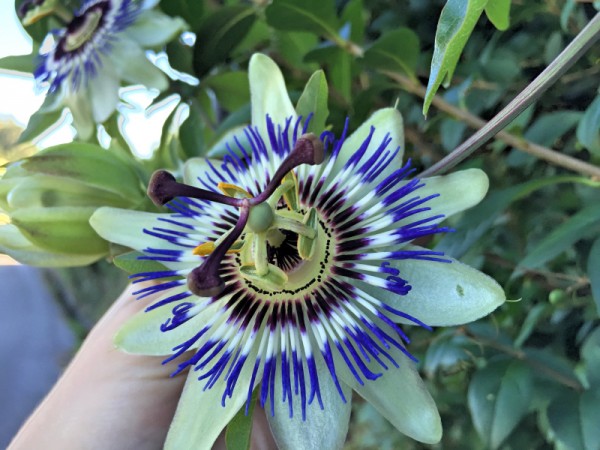 Beautiful flower spotted on the descent