Well we’ve almost reached the end of 2012 and with no more releases in sight it is safe to round up the best Drum & Bass albums of 2012. Now you might imagine it would be easy to come up with a top 10 list of albums right? Well, for a scene where EP’s and single releases are the norm it’s been pretty difficult – hence the littering of compilation albums which also represent a slew of the best single releases as well.

2012 has been a great year for Drum & Bass, the scene has had a clutch of number one singles from respected veterans like DJ Fresh and to my eyes the scene looks healthier than ever. Here’s to an even better 2013!

This album represents Drum & Bass at its most musical. The Welsh Wonder really had a good year with this release and co-curating the music for the 2012 Olympics.

The album plays on the duplicity of the human experience, hence the title The Agony & The Ecstasy, taking you on a journey through the highs and lows in a syncopated 175BPM tempo journey. The man is massively creative and has the largest Welsh Afro ever recorded, what’s not to like?

Wish You Were Here ft.Selah Corbin is the stand out track for me, and possibly my anthem of year:

This album received praise from everyone across the D&B scene, which is a very rare thing indeed! The main reason is that there’s a little bit of everything from across the genre here. Definitely one of the most eclectic D&B album i heard this year. Looking forward to what this Brazilian has in store next.

Check out the video for the title track What The Future Holds, it makes London look amazing:

I also love the album cover for the record, it shows London at its industrial best: 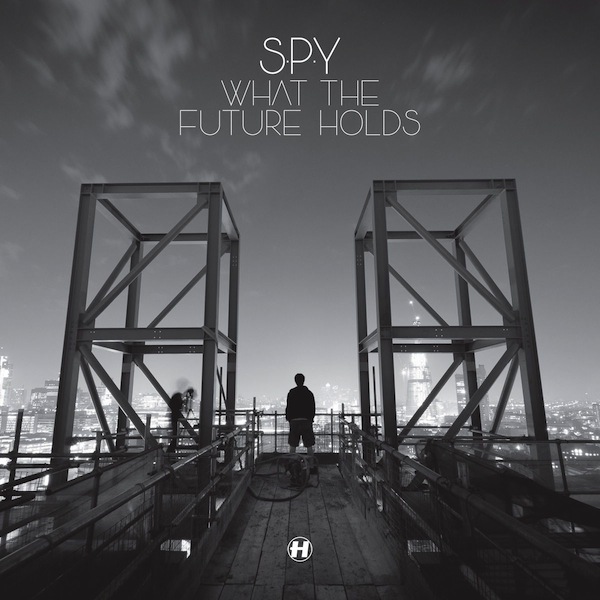 This was Netsky’s second album and it really did deliver. It marks a more commercial turn for Netsky and certainly got him more main stream attention. I pre-ordered the CD and got a signed copy, it’ll probably be worth a bit in his home country of Belgium in a few years, maybe. The album made it to number one in Belgium and stayed there for six weeks, not too shabby for D&B!

His live show is something to check out as well, very impressive. Looking forward to seeing him perform again at the HMV Forum in March.

Check out the video for Come Alive:

This was a strong release for Shogun Audio, in what has been a great year for the label.

Just the strings on the track Light In the Dark make this the stand out track for me. Those soulful female vocals work really well:

This is UKF’s annual Drum & Bass compilation. The compilations from 2010 and 2011 were great, so this had a lot to live up to. It certainly didn’t fail to meet the expectation and for £4.99 (from iTunes) for 20 tracks and a mix it’s a bargain. I recommend this as a great overview to what’s been happening in D&B this year:

Cyantific – Walking Away was the stand out track for me:

Hospital returned with the third instalment of the Sick Music compilation. While for me it didn’t meet the excellence of the first album, it certainly had a number of really good tunes on it, making up for the somewhat lacklustre second compilation.

The stand out track was the beautiful Etherwood – Give It Up Now. If you needed proof that D&B could be beautiful, musical and relaxed this is the tune:

This is the remix collection for BCee’s Beat the System album, which was released in 2011. The remix of Keep the Faith by Marcus Intalex is the stand out for me, Robert Owens vocals get me every time:

This is another annual compilation from Ram Records showcasing their biggest tunes of the year. Once again a bargain at £4.49 (from iTunes) for 25 tracks and a bonus mix!

The stand out track for me was the sinister and down right scary Reny LaVice – Absolute Monster. If you experience this in a nightclub with good bass speakers you really know about it, the bass is monstrous and organ threatening:

This compilation is made up of the tunes which were destroying the Hospitality club nights across the world.

Rido (ft. Thomas Oliver) – Twisted is a classic and i’ve been a fan of it since i heard it on Goldie’s FabricLive compilation last year:

A mix album that encompasses what Fabric is like on a typical Friday night; dark and heavy with earth shattering bass.

With arguably the biggest single of year by Mampi Swift – Gangsta:

If you want a condensed mix of the best tracks of 2012 i think Metrik did a sterling job with this: