On Tuesday 5th of June I entered the RSGB UKAC 2m SSB contest from the back garden. This is the second time I’ve entered from this QTH and both times I’ve been surprised at what I can hear and work. I knew based on the Hepburn tropo forecast that there was a chance of slight lift conditions towards the east from my location in IO91: 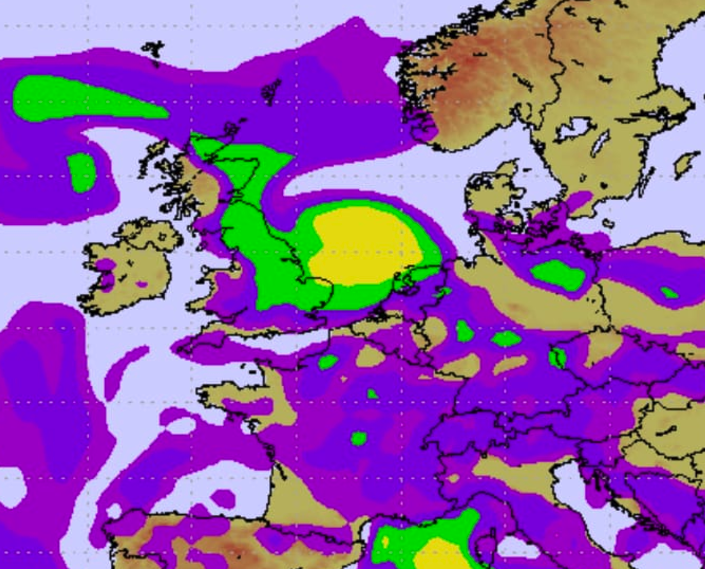 I’ve never really experienced a proper tropospheric opening on 2m before, it’s a propagation mode I’ve been fascinated in, but I’ve just never been on the air at the right time. That changed on Tuesday evening, but I wasn’t to know it when I really considered if I wanted to play radio, or just relax after getting back from work in London! After forcing myself to setup I was ready to go: 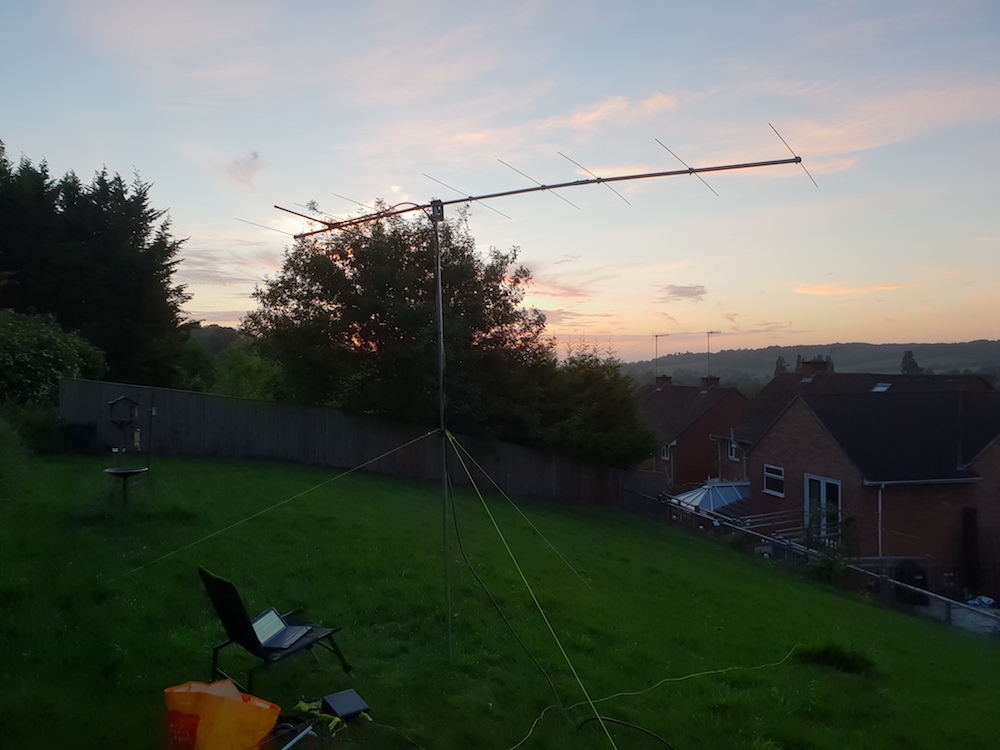 2m setup in the back garden

Notice the short mast, only 2.5m off the ground! The setup is pretty simple, 9 ele yagi to a Kenwood TR751e running 10w out on the adjusted “high power” setting.

I knew conditions were pretty good when I was able to work two Northern Irish stations (GI6ATZ and GI4SNA) at 59 on first call. They’re usually possible to work, but not at those signal strengths and certainly not on the first call! These stations are 461km and 474km respectively from my QTH, so a really decent distance on 10w 🙂

When I spun the beam around to the East I heard DK5DQ in JO31QH running a big pile up, now it’s not often I hear German station on 2m, to be fair it’s only when operating a proper contest station with stacked antennas and serious element counts, i.e. not with my less than optimal setup!

After 5 calls I managed to break the pileup and worked him at 556km. I gave him a 56 while I received 52, not bad on 10 watts. I was buzzing after this, but thought to record the tropo lift on my phone:

After this I listened in to both OZ3Z and OZ6TY, this is a distance of around 700-800km from me, but they were both good signals with a bit of fading. Try as I might, I couldn’t break these pileups as seemingly most of England wanted to work them!

This was just a few hours on 2m, but I enjoyed it a lot, mostly just tuning around to see what I could hear. I kept having to remind myself that it was 2m and not 40m!

One comment on “Tropospheric DX on 2m SSB (with video)”