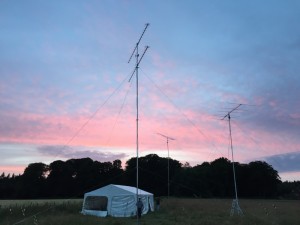 The site at dusk

On the weekend of 4th-5th of July I joined the Drowned Rats Contest Group for the RSGB VHF National Field Day. This was all part of my 2015 amateur radio target of working with VHF.

Radio clubs and contest groups all around the UK setup stations in fields, running entirely from non-mains power sources, mostly using generators. I think the original idea was to demonstrate that Radio Amateurs could be mobilised in times of emergency and setup communications in the field, nowadays it’s a good excuse to get together in a field for a weekend and play some radio.

Tropo forecasts had shown a possible lift over the weekend and there had been a number of Sporadic-E openings on 6m and 4m during the week so things were looking good. The weather forecast was also looking good and Saturday was wall to wall sunshine and heat.

After much pre-planning we arrived on site at 8am for a site briefing and station setup. Field day didn’t start until 3pm but we had much to do to get everything ready in time… 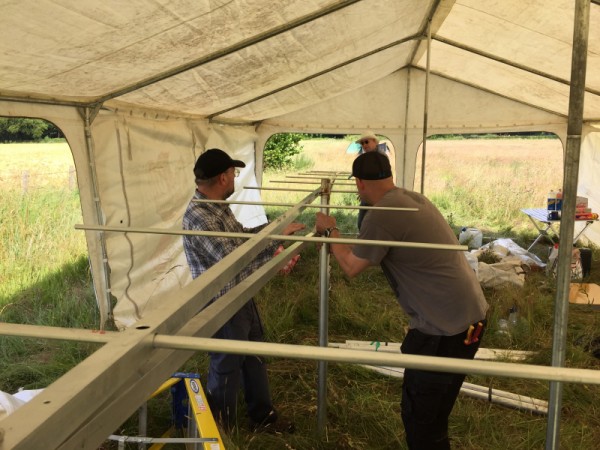 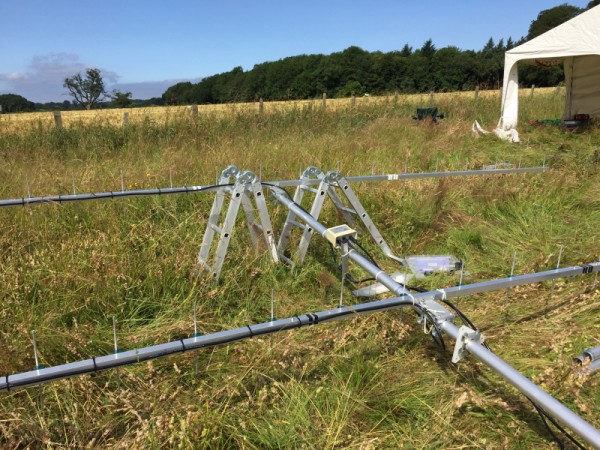 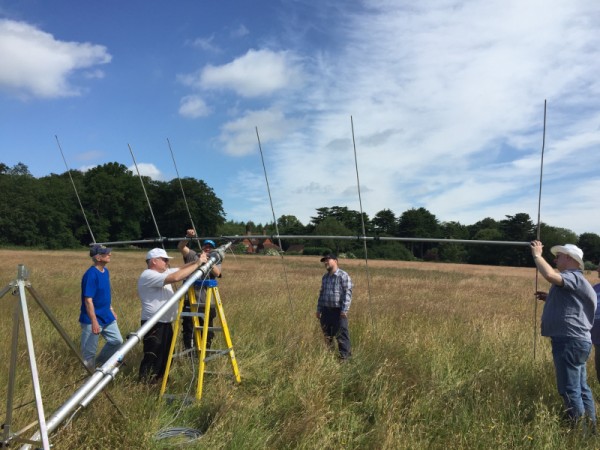 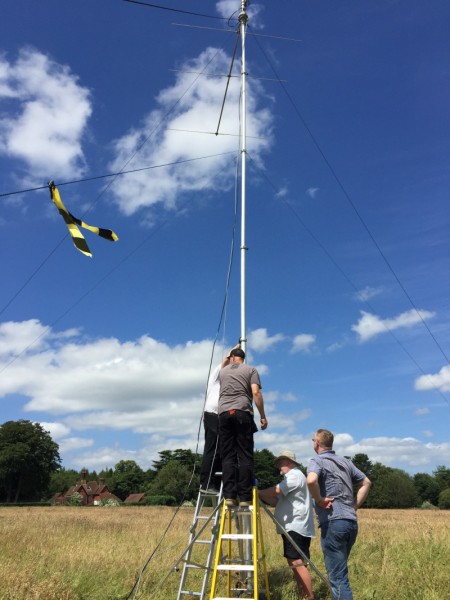 Up goes the 6m beam 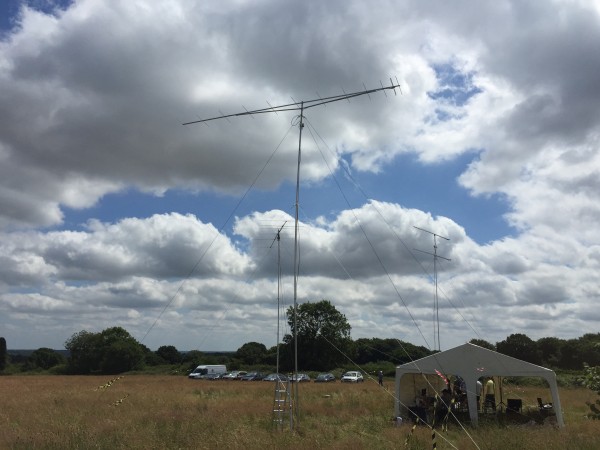 Everything setup and ready to go!

Our team of nine had decided to use 2m and 70cm throughout the contest and use 6m on Saturday and 4m on Sunday. 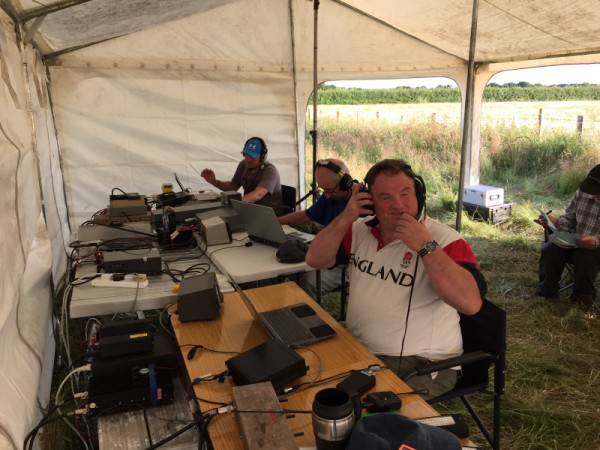 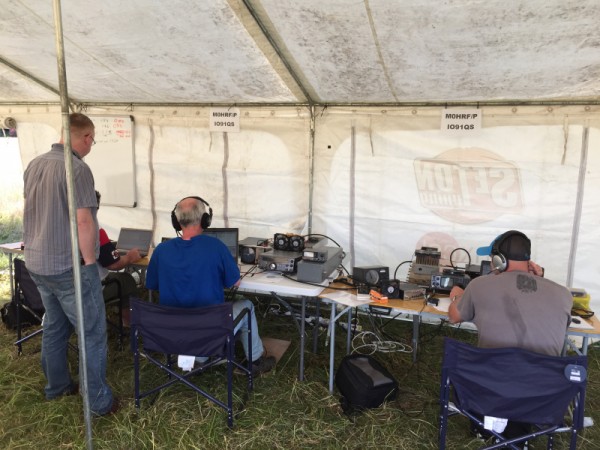 I got to operate on all 4 bands across the weekend at different times. Each of us had allocated slots to keep everyone fresh and ensure 2m and 70cm stations ran through the night. Highlights of my operating was a very brief Sporadic-E opening into Malta on 6m, multiple DL and ON stations worked on 2m/70cm and also using the 4m band for the first time ever.

The lowlight was working the 12am-2am slot on 70cms, this was as you would imagine tough work. By this point we had worked all of the other possible field day stations operating across the weekend and were reliant on automatic voice keying to catch the odd night owl. I worked a total of 2 stations in 2 hours and was happy to be relieved by Chris G4CLB for the 2am-5am graveyard shift (where one contact was made). 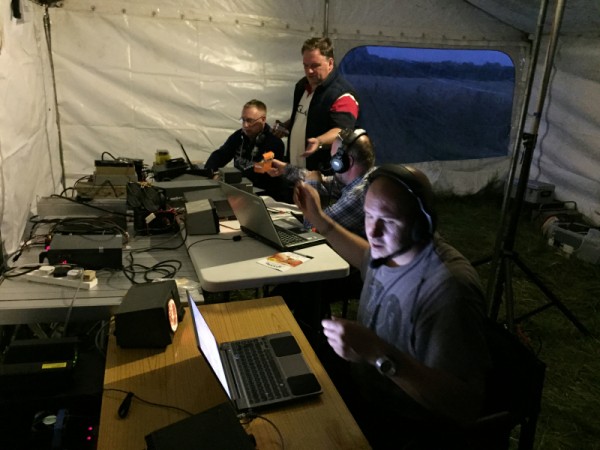 Operating late into the night 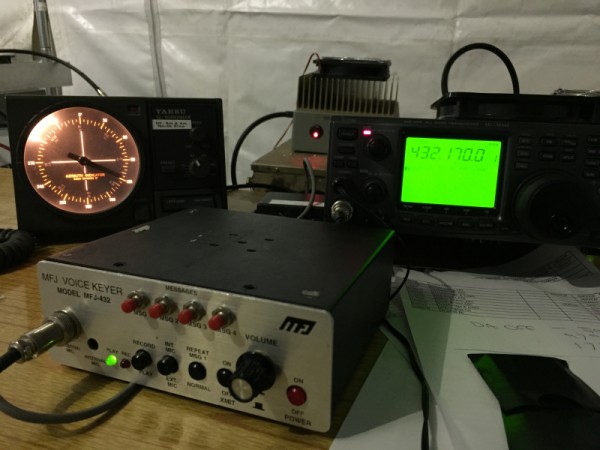 Sunday morning saw the 2m and 70cm bands wake up with many DL stations worked on 70cm early in the morning. We also chose to use 4m on the Sunday and it was good to have a fresh band where we hadn’t exhausted all contacts!

Come 3pm we closed down on all bands and despite casks of real ale being consumed over the weekend we made over 200 contacts on 2m, 98 on 70cm and 60+ on both 4m and 6m. The weekend had seen great weather and a lot of fun, but we didn’t see any tropo lifts and very little Sporadic-E on 6m & 4m. 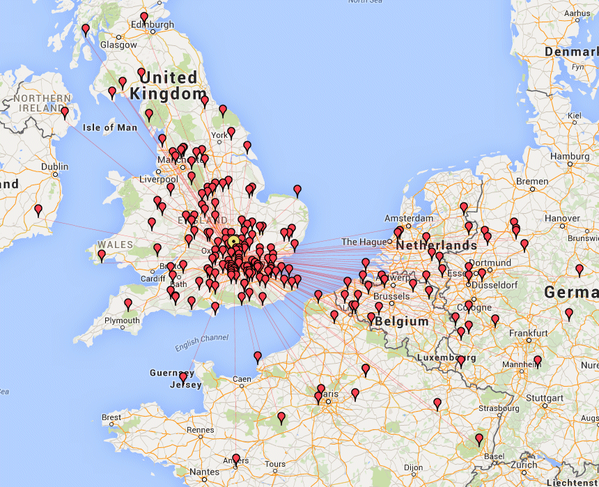 Map of our 2m contacts

We’ll see once results are released on how well we did compared to others, but we did very well for our first ever multi-band field day as a contest group and we learnt a lot for the future – a very enjoyable weekend all round and I learnt a whole stack about VHF/UHF. 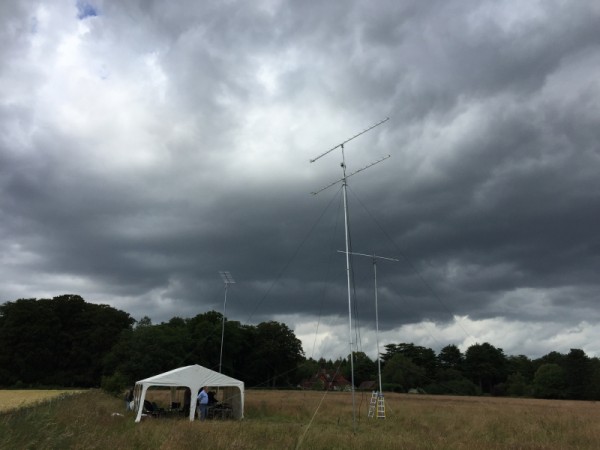 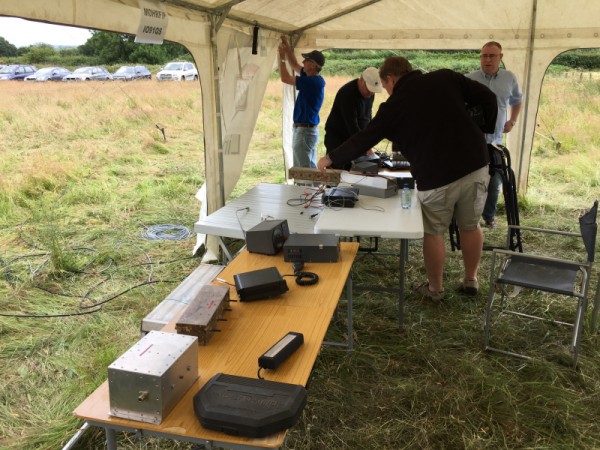 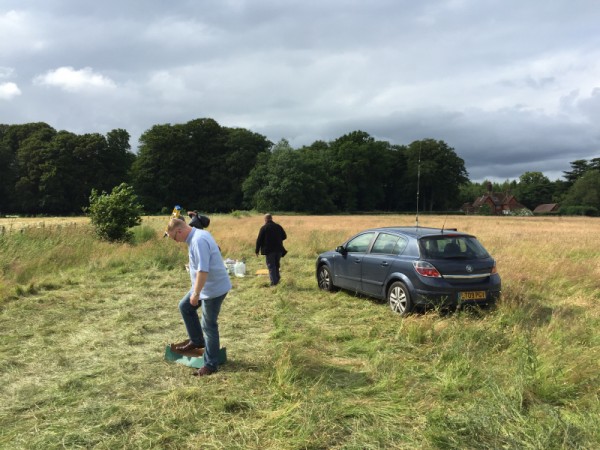 All done – ready to leave! 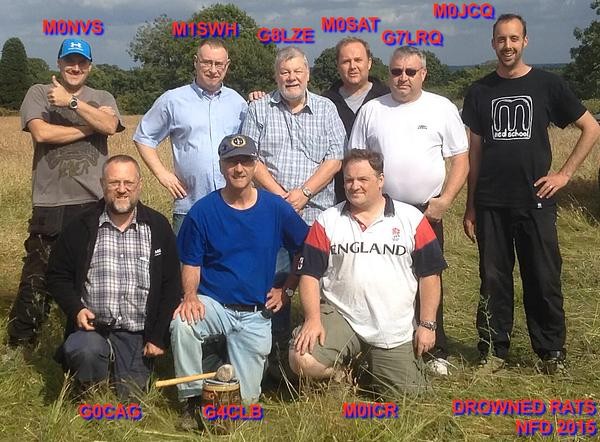 The team posing for a final pic before leaving the site