You may have noticed the blog has been very quiet recently, did I abandon? forget it? misplace it? Well, no, I’ve actually been travelling around the world for the last 3.5 months. Living it up for sure, but not playing any radio. Me and the YL visited New Zealand, Hong Kong, Japan, Philippines, Malaysia and Nepal. We had an absolute blast, enjoying life and away from the pressures of work and dreary England during the winter months.

There were many highlights, but being a man of the mountains, the standout highlight was trekking for 17 days in the Himalayas and visiting Everest Base Camp: 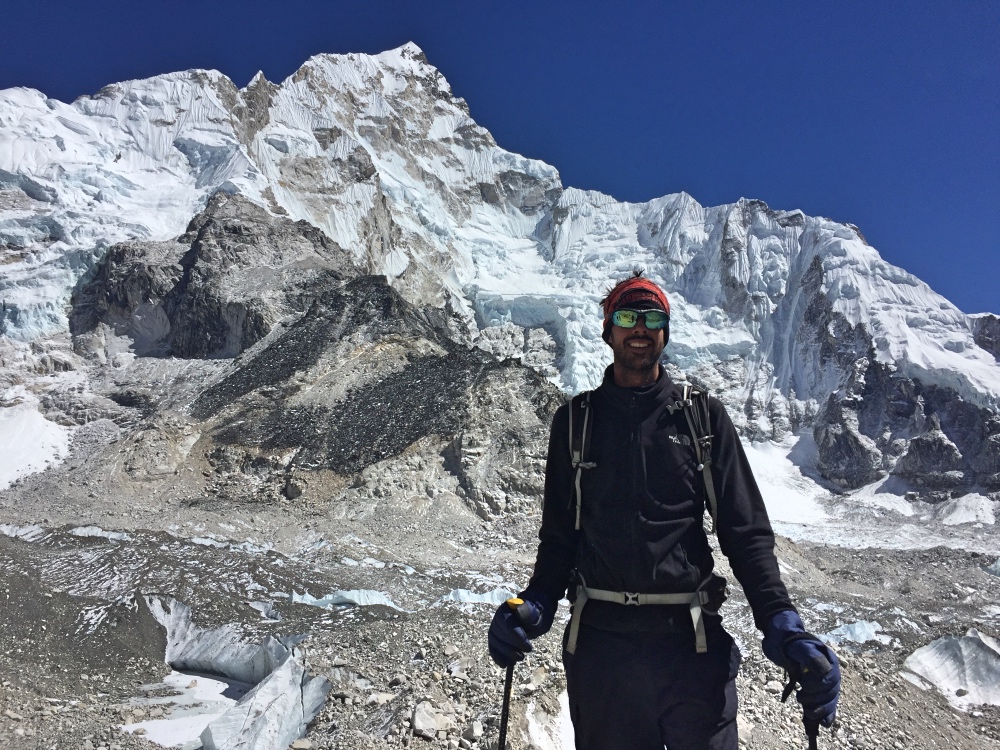 Me crossing a glacier (the longest in Nepal) 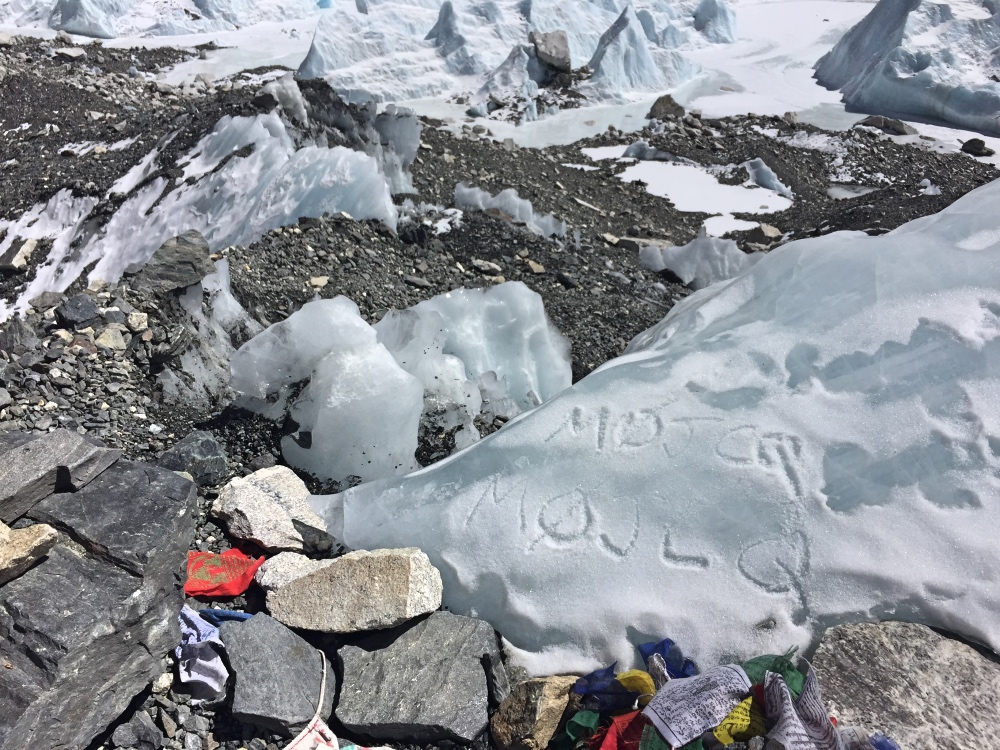 Callsign carved into glacier at Everest Base Camp 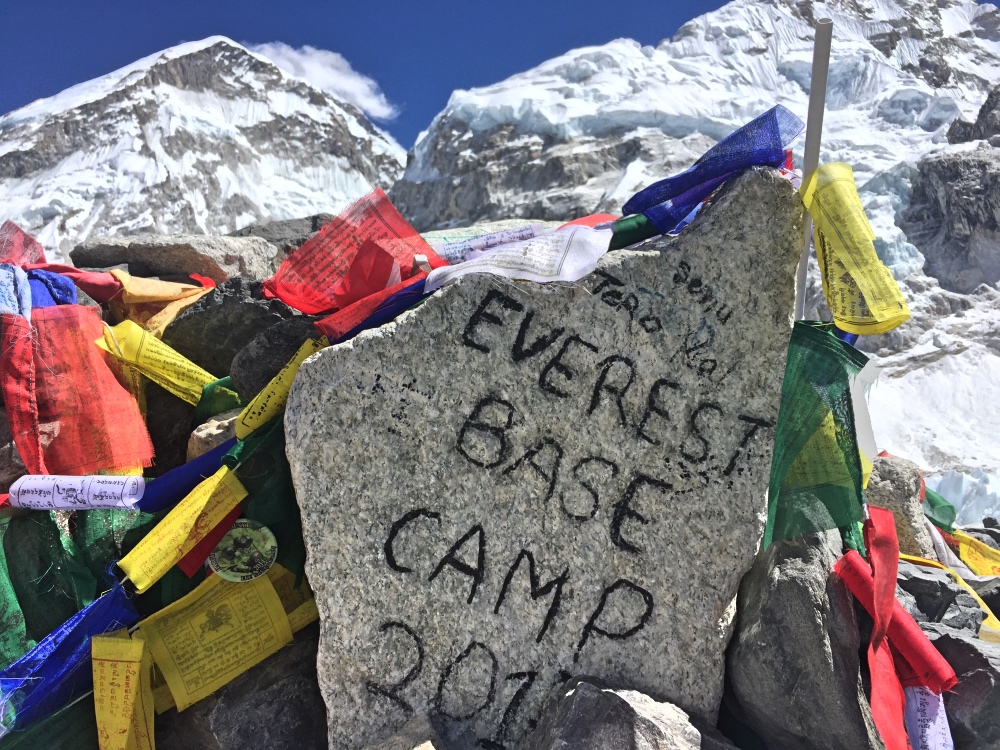 No permanent sign at Everest Base Camp.. because it’s on a moving glacier! 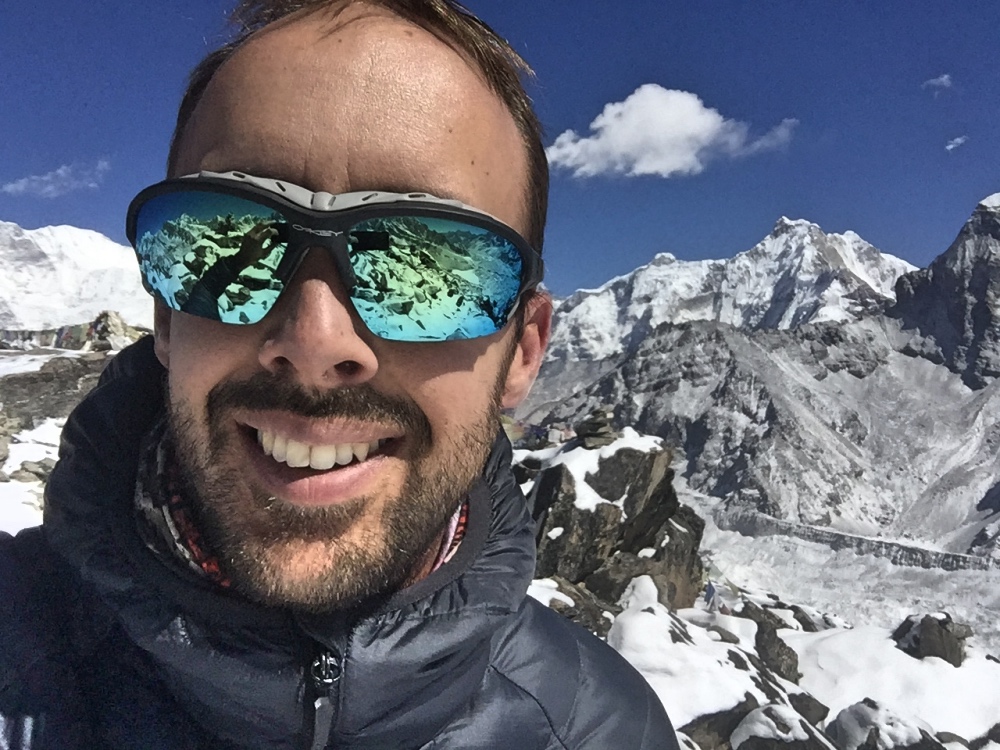 So now I’m back in the G-land my thoughts have turned back to the hobby I love and what I want to do with it this year. Last year saw me settle into my new QTH and get a permanent shack setup, so this year is going to be an extension of that…

1. Get setup for amateur satellites

I’m talking with Dave M0SAT who lives locally to help with this and getting his advice on best kit. I’ll blog about the progress of this when it starts happening.

A natural outcome of getting setup for amateur satellites is that I’ll have a 2m and 70cm setup ready for general VHF/UHF use! Back in 2015 I was pretty active in the RSGB UKAC contest series and enjoyed these, at that time I needed to go out portable each time, which required quite a lot of effort!

I hope to reuse the same 2m/70cm Yagi’s for use in these popular contests. My new QTH doesn’t seem to be a complete VHF blackhole either, I recently experimented from the top of the back garden with a 9 ele Tonna on a 3m mast: 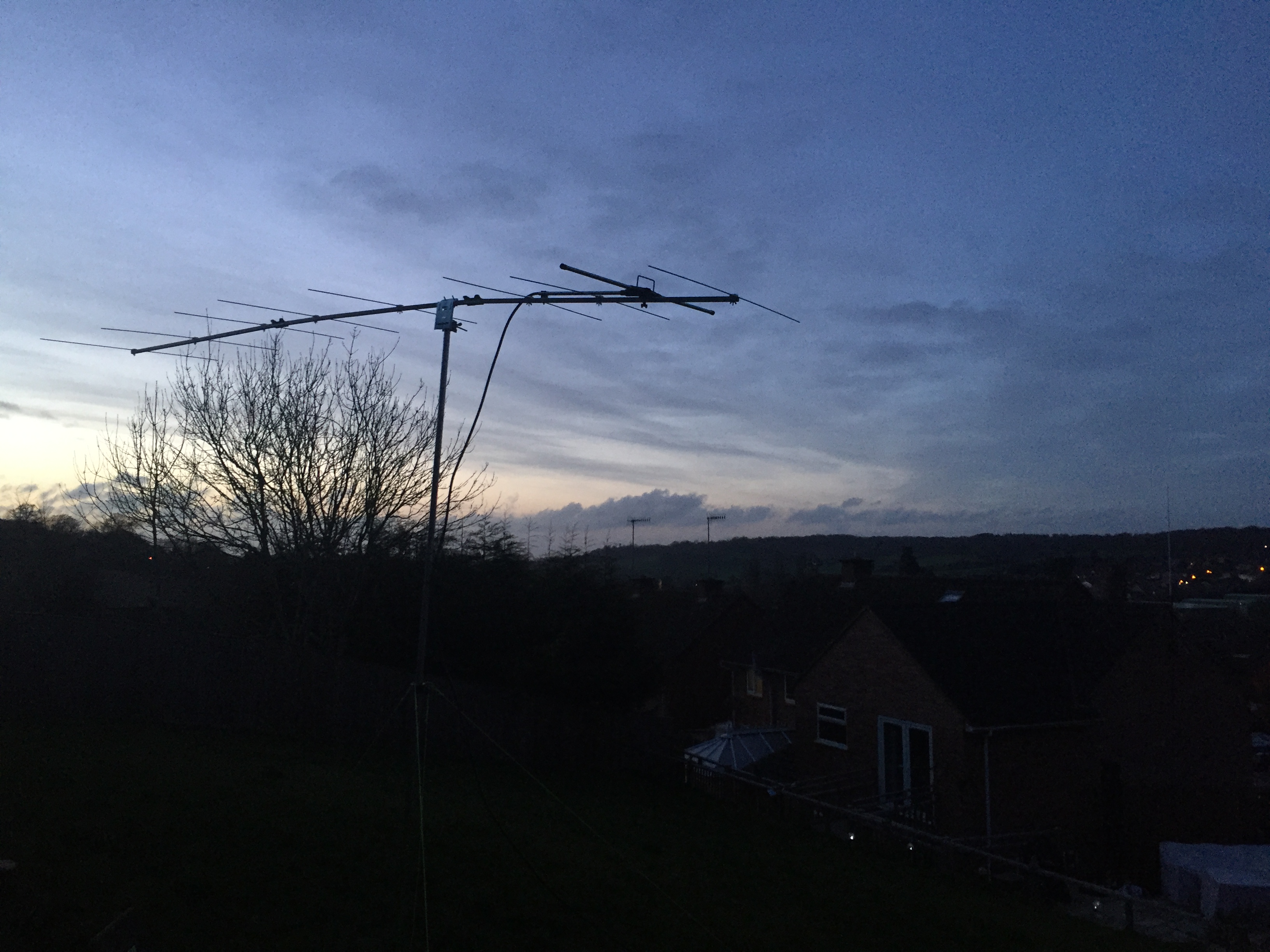 Taking part in a 2m UKAC from the back garden

Using about 10w I reached surprisingly far up the country: 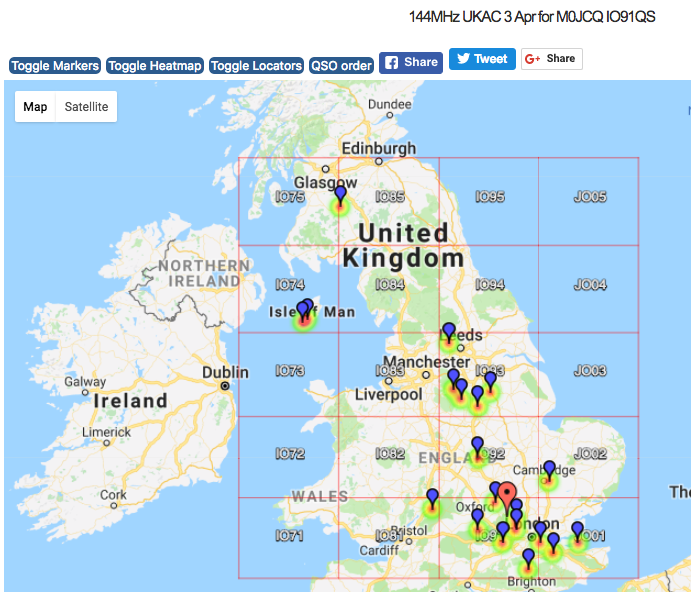 QSO map from my QTH in IO91

There’s hope yet that I can at least give some points away!

I’ve been licensed since 2014 now and I’ve never really gotten into the DX side of things – despite me thinking this would be the first place I’d start in the hobby!

To be honest I’ve been more interested in working NVIS stations within G land on HF, than working long distance DX. In fact I looked at my ClubLog stats for 2017 and noticed that I almost worked the same amount of DXCC on 6m as I did on 20m!

What I have experienced with wire antennas (dipoles etc..) is disappointment when trying to break pile ups. So whatever options do I have?

I’ve heard many good things about the G3TXQ Hexbeam made by Ant MW0JZE, but I never wanted to put something this big up at my QTH permanently… then I heard a portable lightweight version had been released!

The “D-Hexpedition” Portable Hexbeam was exactly what I was looking for; lightweight enough to take anywhere I choose to go (SOTA summits, one man DXPeditions), but something I could also throw up in the back garden during one of the big contest weekends.

I’m now on the waiting list for one of these and hope to blog about this in the future.

I’ve been dabbling with 6m for a number of years and I really enjoy the Sporadic E season over the last few summers.

When I go portable I primarily use a fibreglass Moxon, as it’s lightweight and very quick to put together. However, I also purchased a 5 element yagi for 6m back in 2015. I used it once out portable: 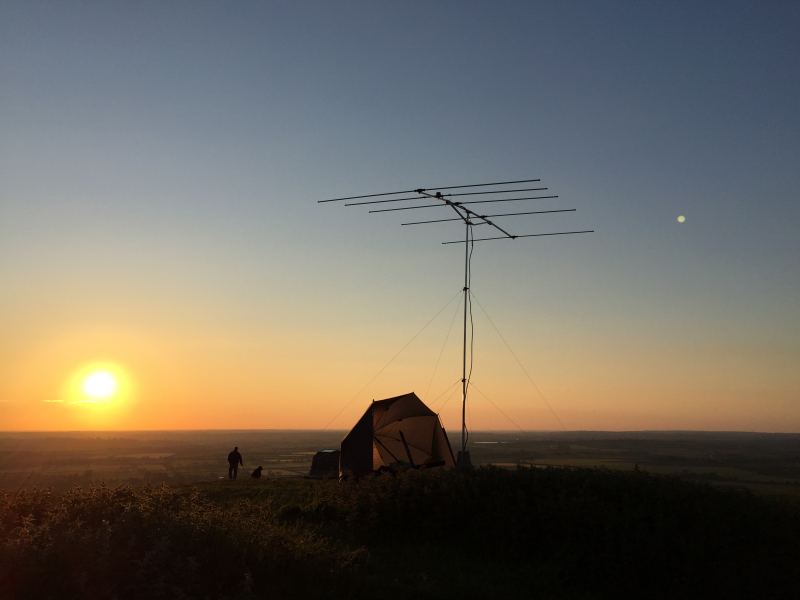 I’ve been actively taking part in the Worked All Britain scheme for a few years now and despite 40m being dismal for inter-G work recently, 80m is still working well with a daily/evening net running on 3.760 MHz.

I’ll be continuing this during 2018, trying for their Going for Gold award. This award will mark their 50th anniversary in 2019 and basically I want to earn the trophy for this award. This means I have to work 2,500+ WAB squares before the end of the year!

This is going to be tough because I was away for the last 3.5 months. As the award started in July 2017, I’ve already worked 669 squares, which leaves me with 1,831 squares to work before the year is out.

This one is going to be a real challenge! I’ve got a few ideas for working many squares quickly. Basically I’ll take part in as many 80m contests as I can get on to this year. I can work many G stations during the average 1.5 hour evening 80m contests. I’ll also top this up by joining the WAB net as and when I can. Will this be enough? We’ll see!