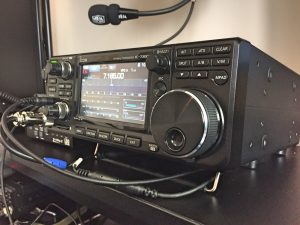 Ever since the Icom 7300 came out I have wanted it, it looks the part, it’s steps ahead of the competition (at the price point) and all the reviews seem ecstatic. This was also all backed up by the sales statistics; it was easily the top selling rig in 2016 and will probably continue to be in 2017.

So why didn’t I buy it earlier? Well I decided to wait until the “bigger brother” was announced in the range, why buy an entry level rig when you can get the fully featured one? I thought this was a sensible idea (and it was), plus 2016’s finances were tied up in buying a new house…

Fast forward to March 2017 and several things have happened; I’ve moved QTH, my shack is set up, antennas are up in the garden and the Icom 7610 has been announced. 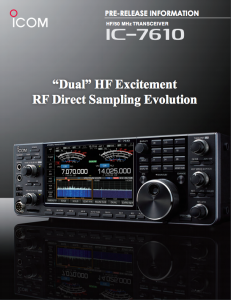 I waited with baited breath for every bit of information regarding the imminent release of the Icom 7610. We had some tantalising videos released of it in operation but the real thing I wanted to know was the price.

Initially Martin Lynch indicated it would cost £3,000, a pretty penny to be sure and the upper end of what I was expecting based on the Icom 7600’s price. I was still interested though, until the death blow… the quoted price didn’t include VAT (tax)! So suddenly I’m looking at £3599.99 for a mid-range rig, this is particularly eye watering given I can’t (personally) see many advantages over the 7300 selling for £1,199.99. 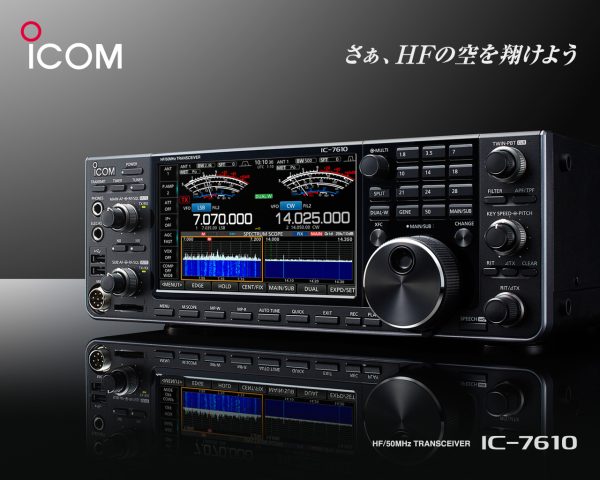 So what else does the 7610 objectively do that the 7300 doesn’t? Well at this stage it’s hard to really tell because we only have press releases to go on, but we do know about the following additional features:

1. Dual Receive – receive two bands/modes at once, it actually seems like you could operate on two bands using two different modes at the same time. This is likely to appeal to serious DX’ers and SO2R (Single Operator 2 Receivers) contest operators.

3. Larger LCD display – a full 7 inch display versus the 4 inch display of the 7300. Very nice and I’m sure it’ll look gorgeous. But how useful will this be given you’ll need to see the displays for two different receivers – so effectively just duplicating the same 7300 display for each receiver?

4. Two antenna connectors -The 7610 includes two sockets which will be useful when using the twin receivers and for a dedicate RX only antenna. This is a limitation of the 7300, it has a single antenna but supports all HF bands and then 6m and 4m, so two antenna sockets would have been handy (but nothing an antenna switch can’t sort out).

As you would expect the Icom 7610 does almost everything that the 7300 does (and more). But there’s one surprising omission – the 4m Band!

Strangely Icom chose not to include the 4m band on the 7610, but it is present on the 7300. Most people won’t miss this, but it seemed like Icom were previously trying to differentiate their rigs from the competition based on the inclusion of 4m alongside the usual HF/6m. 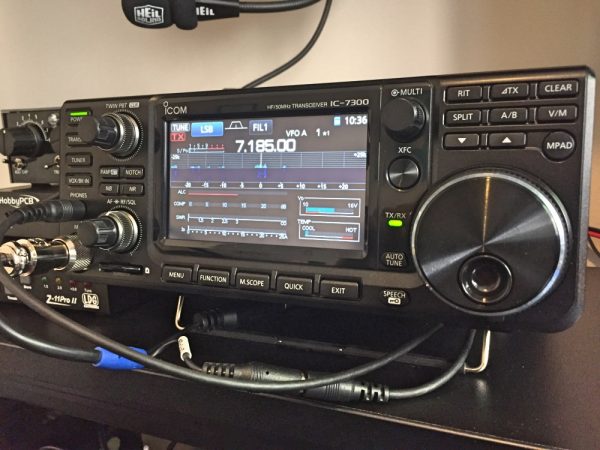 True, the Icom 7610 does look great, but the crucial point for me was this…

You can buy three Icom 7300’s for the same price as a single Icom 7610 and still have £100 left over! I could stack all three up and receive and operate independently on them (if I wanted)

It’s as simple as that, the additional features offered by the 7610 don’t equate to the additional £2,400 it costs. Back this up with the great reviews the 7300 has already received and the argument isn’t compelling enough to spend the extra cash (to me at least).

This spurred on my decision to forego the Icom 7610 and buy a used (but mint condition) Icom 7300 for £300 less (buying a Heil Pro 7 with the change) than a new one! Will I regret the decision? I don’t think I will. Sure, I’ll still want the Icom 7610 when I see all the reviews and get to play with it, but I don’t think I can warrant the price difference.

What I’m not saying with this blog post is that the Icom 7300 is better than the 7610, I’m just trying to explain my rationale for choosing the “lesser” model. I’m sure the 7610 will go on to be popular, especially with serious contesters and DX’ers who need the dual watch options and added functionality (which I’m personally) not too bothered about having right now.

The Icom 7300 has lived up to my expectations so far and does everything I need it to (except 2m/70cm).

Are you considering buying the 7610 or 7300? I’d be keen to hear your reasons for choosing one over the other in the comments below. 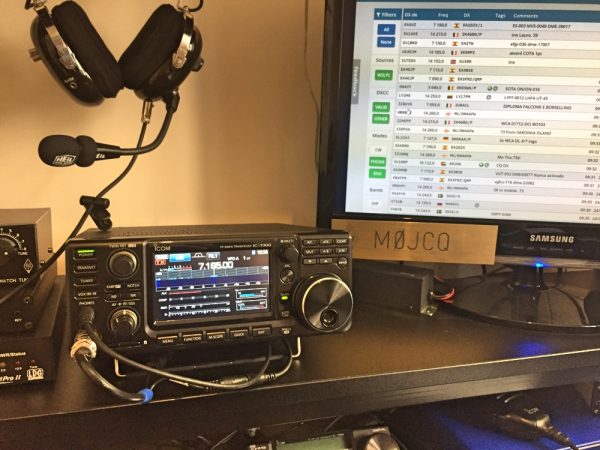 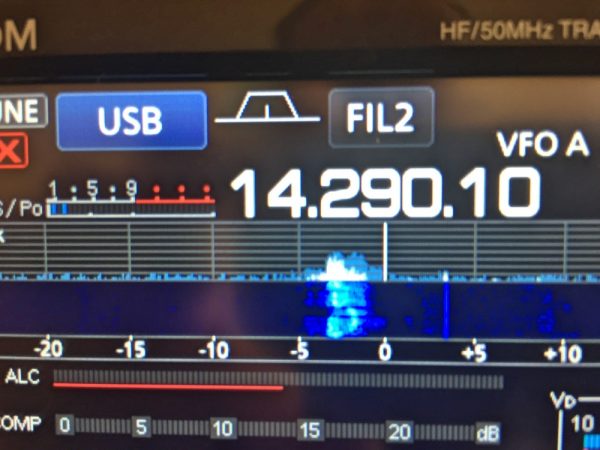 Waterfall display on the Icom 7300