Why I Chose Log4OM for Logging 20

Ever since I’ve been licensed I didn’t really have to worry about logging software for use in the shack. I did very little operating in my shack previously and the built in Fldigi logger and N1MM+ were more than good enough. Of course out portable I was using RumLogNG on my iPad and iPhone and this saw a lot more use (and still does).

When I moved into a new house with a dedicated shack I decided I wanted some better logging options. I was quite happy with N1MM+ but because it is dedicated to contest logging it lacks some features I want for general use.

I have tried Ham Radio Deluxe 5 previously, but found it bloated and a bit too heavyweight. I also wasn’t particularly keen to try Ham Radio Deluxe 6, not so much the cost of it, but rather the way they have (in the past) treated their users for leaving bad reviews. The owners had also recently approached me requesting/demanding that I remove the last free release (v5.2) I was offering for download. I duly did this, but it left a bad taste.

I reached out on Twitter and asked what others were using. A couple of options were mentioned such as HRD, Log4OM and WinLog32. The majority seemed to be using Log4OM and were all really happy with it.

This led me to install it on my shack laptop and get to grips with it. After 2 hours I had imported all my logs, setup rig control (via Omni-rig) to my Icom 7300 and had it communicating with ClubLog, eQSL, LoTW and QRZ.com. Not only that but I had started to discover some of the rich feature set that Log4OM offered. 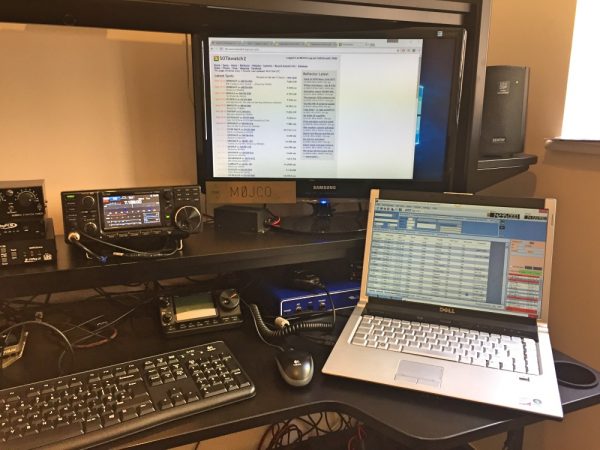 Now, paid for loggers such as HRD don’t cost the earth at $100, but when you look at Log4OM and consider it does the same (if not more) for zero cost – it’s hard to justify.

Free also seems more in keeping with the amateur radio ethos, so thanks to the great development team who give up their skills, time and expertise.

To be honest I can’t think of any other logger which integrates and plays so well with so many online services!

It does more, but I haven’t found the need to use them yet! Also it doesn’t have Twitter integration like HRD, which to me as a plus. I don’t really care if you’ve just logged your 50th contact of the day! 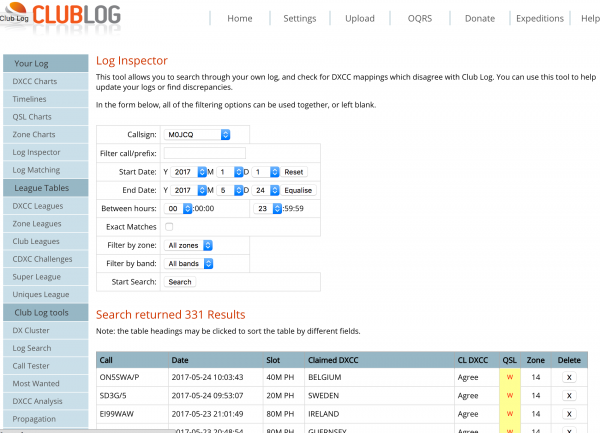 All of my QSO’s are now automatically uploaded to ClubLog

I’m an award chaser! I’ve always been a collector, so it’s pretty logical this would extend to amateur radio. Currently I’m actively participating in Islands on the Air (IOTA), Summits on the Air (SOTA) and Worked All Britain (WAB).

One of the major plus points of Log4OM was that it supports all of these out of the box! The developers were really clever here, even if your award isn’t supported by default you can actually define new ones inside Log4OM!

On the logging screen there’s dedicated areas to add IOTA and SOTA information. Not only that but it has an up to date list of valid IOTA islands and SOTA summits to select from, all of which are automatically updated regularly! 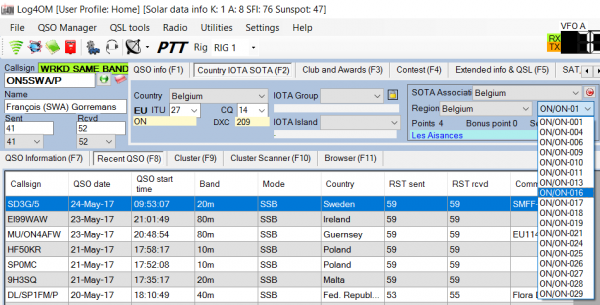 Selecting a SOTA summit for a QSO

Now I can see all of the islands and summits I’ve worked and the QSL status (if I’ve kept this up to date!). 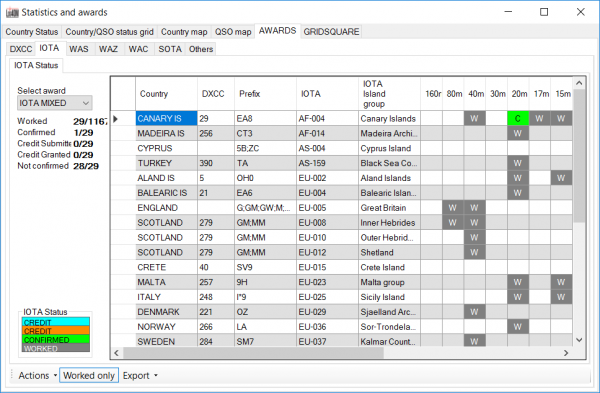 IOTA support in the Award Manager

One of the headaches of other loggers is remembering to manually back up your log periodically. Log4OM does this automatically when you close the software down (in addition to uploading each QSO to ClubLog as I log them).

The ADIF file backup is saved to my Dropbox account. Now I can use it and forget about it! Plus by saving it to Dropbox my most recent log is available from whichever device I happen to be using.

The only downside to this automatic backup is that it takes a few seconds longer to close Log4OM while the backup takes place, a small price I’m willing to pay!

One of my bugbears with most ham radio software is the way it looks and the poor user experience. I’m particularly sensitive to this because I’m involved in this for a living.

I really liked N1MM+ because it was clean and easy to use for contest logging at least (disregarding the complex menu system), but this simple UI came at a cost as it’s focussed on contest logging only – no bad thing, it does one thing really well. But as a general logger I found it lacking in a few areas.

I wasn’t too impressed by Log4OM when I first installed it, it looked busy and not straight forward, other hams encouraged me to persevere with it. After spending 2 hours with it I felt a lot more comfortable, I worked out where everything was and had all of my various logs imported, rig control setup and the DX cluster integration ticking away. 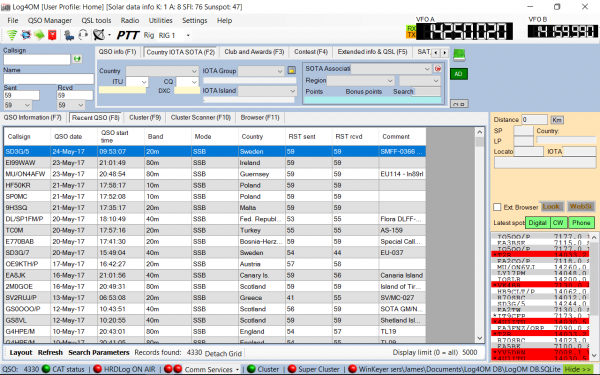 Log4OM Main Screen – with all my previous logs imported

I’ve googled a few niggles I was having and the top results were always the Log4OM forum with someone else who had experienced the same problem and the associated solution. Great!

Like most other logging software Log4OM allows you to track the QSL cards you’ve sent and received against your QSO’s. I’ve never bothered to track this before, so it’s now good to see how many DXCC and islands I have confirmed.

With the LoTW integration you can also see which QSO’s have been verified on that system as well. 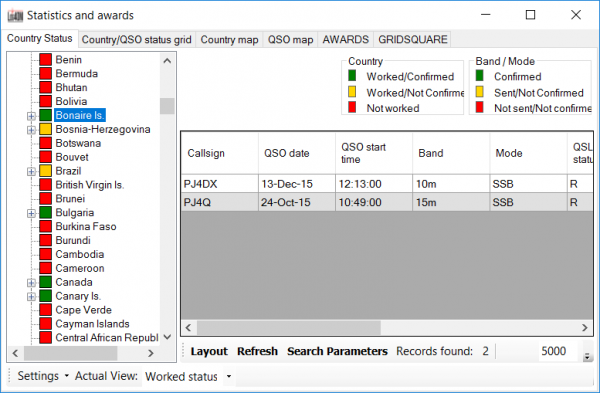 See worked/confirmed DXCC overview – great to track what I need to still get confirmed!

It’s not all great… I’ve had a few problems along the way as you might expect. This is typical of all software and some of the problems were with my own lack of knowledge rather than the software itself.

I feel like I’m still discovering everything that Log4OM does, it contains a great deal of functionality and takes some learning. I’m really happy with it so far and it’s really enhanced my enjoyment when operating in the shack.

Very well done to the development team behind it, they’ve made some great software for the rest of us to use and done it in true amateur radio spirit!

20 thoughts on “Why I Chose Log4OM for Logging”