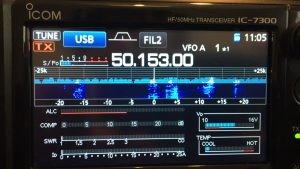 My hopes weren’t too high for working much on the 6m band with my Diamond V2000 collinear antenna when I first purchased it. It was a nice afterthought that I might be able to work some sporadic-E during the summer months and possibly some local stations during contests.

So what’s the reason for this post? It’s to show you don’t need to use a multi-element beam on the 6m band when sporadic-E signals are strong and to offer some encouragement to anyone with antenna restrictions!

I’ve just moved into a new QTH and wanted to keep the antenna arrangements minimal (at least initially) so I’ve made do with the collinear and I’ve actually been rather surprised at the results. 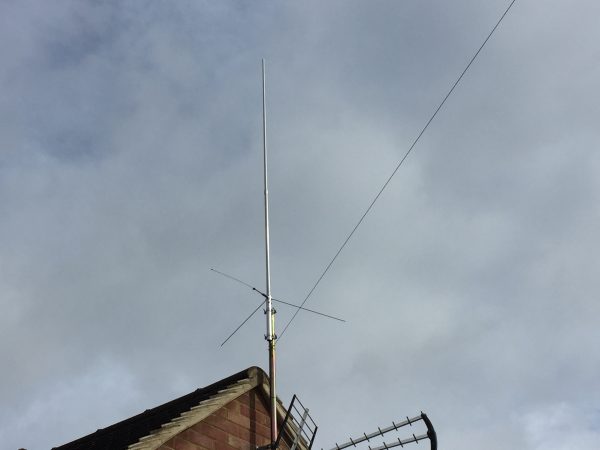 My Diamond V2000 Collinear – note the extended radial for 6m

I’ve been using the V2000 in combination with an Icom 7300 this E’s season, there are two pretty major advantages of this setup versus my usual portable setup of a Moxon antenna and Elecraft KX3:

These two advantages together help me to:

Operating portable with a “blind radio” like the Elecraft KX3 means tuning up and down the band looking for signals, but add to this a directional antenna like my Moxon or a Yagi and I really have to search out the signals and work out where the openings are occurring. 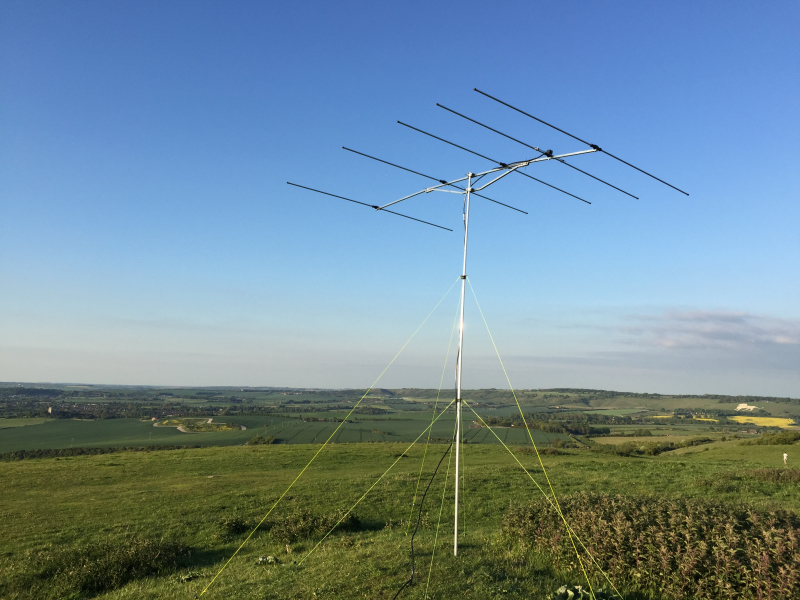 My portable antennas are under less restrictions. This is my 5 element yagi for 6m used in a contest from a local hilltop 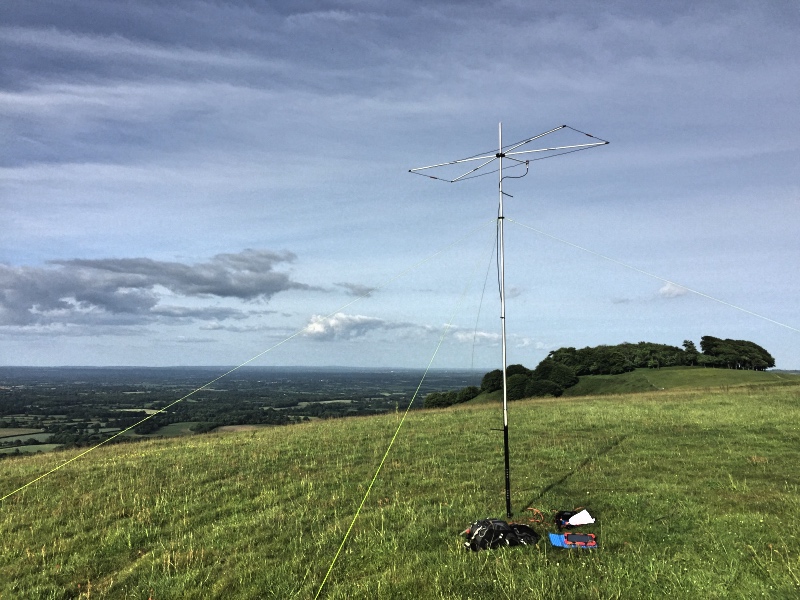 The lightweight Moxon I use for SOTA activations

So What Have I Worked?

Well it has been surprising. First of all I can only work what I can hear and I’ve mostly been searching and pouncing rather than calling CQ. All of it has been done using SSB – so relying on strong openings.

So far I’ve worked 21 DXCC around Europe including the following:

The best DX so far has been 5B4ALX (Cyprus) in KM64tv at a total distance of 3,297km! I was very shocked when I worked him on my second call! I’ve also broken the pileups to work a number of DXpeditions operating from rare squares around Europe.

Of course this kind of setup is going to have limitations, I know up front I’m not going to win any contests and I’m probably not going to work any transatlantic QSOs! This would be unrealistic and very much the territory of multi-element Yagi’s and amplifiers.

Sometimes I can turn on the Icom 7300 when there’s a marginal opening and see no signals on the waterfall, once again this is expected when the sporadic E opening isn’t strong and it’s quite possible the spotted stations are using better equipment.

Incidentally I use DX Maps to monitor live openings, from the map I can ascertain the strength of the opening, the location of the Sporadic E clouds and how likely I am to work anything. 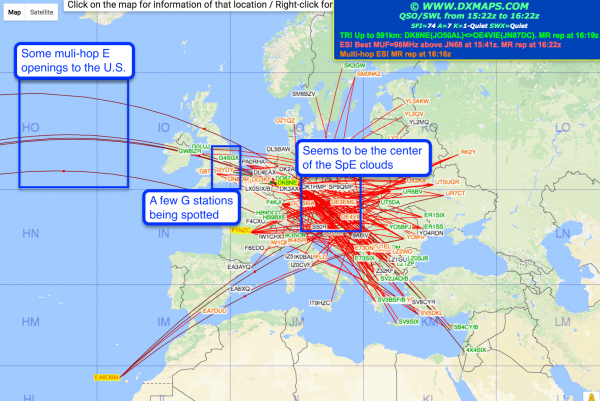 Another thing I’ve come to understand is that I’m only really likely to work anything when the Sporadic E signals come in at a high angle, so where at least one of the SpE clouds is relatively nearby. A Yagi antenna would be much better for working low angle SpE which is likely to be the case for DX coming through on multi-hop E’s. But this highlights one of the reasons you can work a fair bit on 6m using a “piece of wet string”.

I’d love to do some A/B testing between a Yagi and the collinear. I suspect some signals would be stronger on either one depending on the angle of arrival.

I’ve done some interesting antenna comparisons between the V2000 collinear and my Western HF-10 wire, on the signals I tried it on the V2000 was clearly 2-3 S points louder:

This post isn’t intended to try and make any claim that a collinear is better than a Yagi, it’s clearly not! But hopefully it does show you can still make interesting contacts on the 6m band and have fun even using a simple antenna for the band!

I would love a box of four 10 element 6m Yagi’s as much as the next amateur, but sometimes you have to yield to your situation and compromise. Still I’ve had a blast on the band with a simple antenna 🙂

I suppose next season I will try JT65 on 6m using the collinear and really push the limits a bit further!